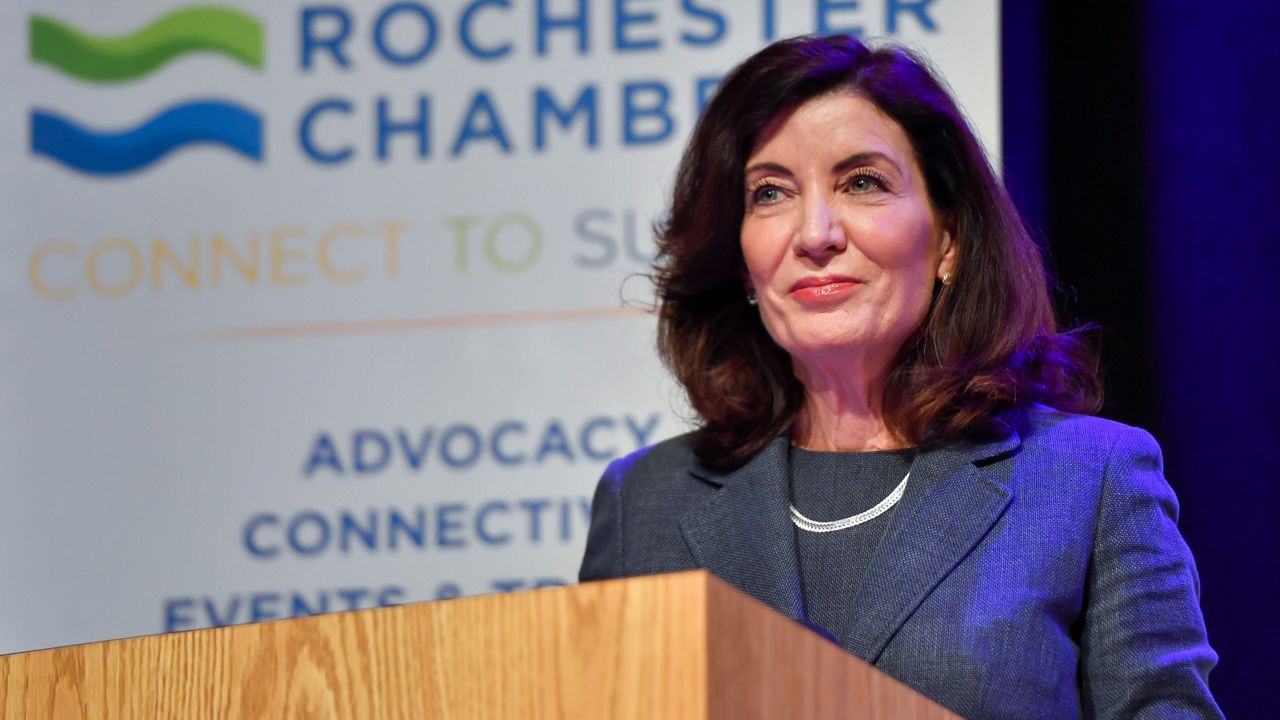 Fundraising totals reported by Gov. Kathy Hochul’s campaign show that she continues to raise money at a brisk pace.

According to Hochul's campaign, the governor has raised over a $11 million since July — a total of $45 million since taking office.

Zeldin was asked about Hochul’s advantage in raising cash at a press conference in the Bronx.

Zeldin has pointed to independent expenditure groups spending on his behalf, even though by law his campaign is prohibited from coordinating with them.

“That’s dark money,” Democratic State Chair Jay Jacobs said. “Nobody knows all of the donors. We don’t know their agendas, we don’t know their relationships with the candidate. We know very little. There is no transparency. I think it’s the worst part of the fundraising game that politics is playing.”

The Hochul campaign also came out with a new advertisement, which features a doctor taking about Zeldin’s record on abortion.

“I’m terrified Lee Zeldin could become governor,” she said. “He supported abortion bans so cruel, they include no exceptions for rake or incest.

Zeldin was in the Bronx to highlight rising crime rates. It’s been his biggest talking point throughout the campaign.

He blames Democrats for enacting bail reform. But a new advertisement from the Vera Institute is now defending the policy.

“Some politicians are trying to score points by spreading lies about bail reform,” a narrator says in the advertisement. “But the truth is, bail reform has kept thousands of parents at home with their children in secure jobs. Tell Albany to stop the scare tactics, protect bail reform, and focus on real solutions to keep us safe.”

“Even though she became governor last year when her predecessor resigned in scandal, Hochul has still been able to tap into the power of incumbency when it comes to fundraising. Relying on big donors to help her campaign,” the narrator continued.