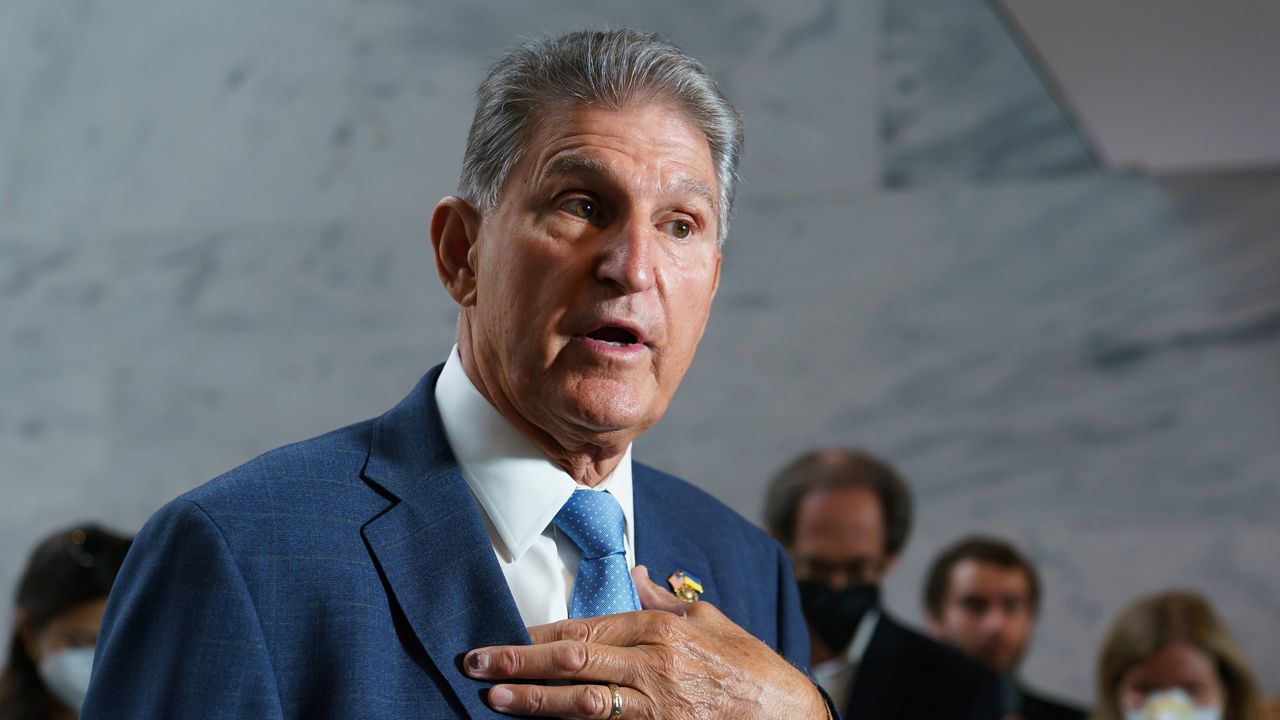 Sen. Joe Manchin, D-W.Va., speaks to reporters about the agreement he reached with Senate Majority Leader Chuck Schumer, D-N.Y., following months of negotiations on health care, energy, climate issues, and tax initiatives, at the Capitol in Washington, Monday, Aug. 1, 2021. Manchin returned to the Senate after a week away to recover from COVID-19. (AP Photo/J. Scott Applewhite)

Congress is up against the clock to avert a shutdown

Congress is up against the clock to avert a partial government shutdown come Friday.

Most lawmakers are pushing for a short-term continuing resolution that will keep funding at current levels through the midterm elections, a task that won't be easy.

The stakes to keep the government funded are significantly high with Hurricane Ian approaching Florida, the Biden administration seeking more disaster aid and the administration looking to boost funding for COVID-19 and monkeypox. And according to Casey Burgat, Director of George Washington University's Legislative Affairs program at the Graduate School of Political Management, disagreements between Republicans and Democrats is merely political posturing.

"We are pretty confident that they're going to get a deal. There won't be a shutdown imminent," Burgat said, adding that after funding is agreed upon, Congress will "go home and campaign knowing that November midterm elections are right around the corner."

Other priorities on Congress' agenda that could delay an agreement is a permitting reform bill put forward by Sen. Joe Manchin, D-W.Va., which caused infighting among Democrats who strongly opposed the measure.

When asked what the likelihood that Democrats hold their votes and force a shutdown over his one bill, Burgat said that the shutdown is "probably not likely," adding: "I think the more likely of the option is that Senator Schumer will have a vote, to see with that Manchin proposal within the continuing resolution to see if it can reach that critical 60 vote threshold."

"We believe that this could be averted. This is not the first time that we are in a position where, you know, we're talking about the [continuing resolution]," White House press secretary Karine Jean-Pierre said of a potential shutdown at Monday's briefing.

"It was done last year, and it would it could be done again this year," she added. "So, we encourage Congress to get it done."

Jean-Pierre said the various departments from the White House have been having "regular conversations with members of Congress and their staff in a bipartisan way," adding: "We think this is something that should happen and needs to happen."

Burgat said there are "main players" who need to be considered, adding: "There's a procedural route here, which the Senate is likely to take, including the provision showing Senator Manchin that he doesn't have the support to get it done."

"You can't have all of your stuff if no one's willing to vote for it. What we can provide you as well that I promised you and get your support for the Inflation Reduction Act is that you can get a vote on that proposal," Burgat added.

Manchin is aware of the hurdles he's up against since losing support from Democrats and trying to make up those votes on the Republican side, who have signaled that they are not that willing to give Manchin a win on this.