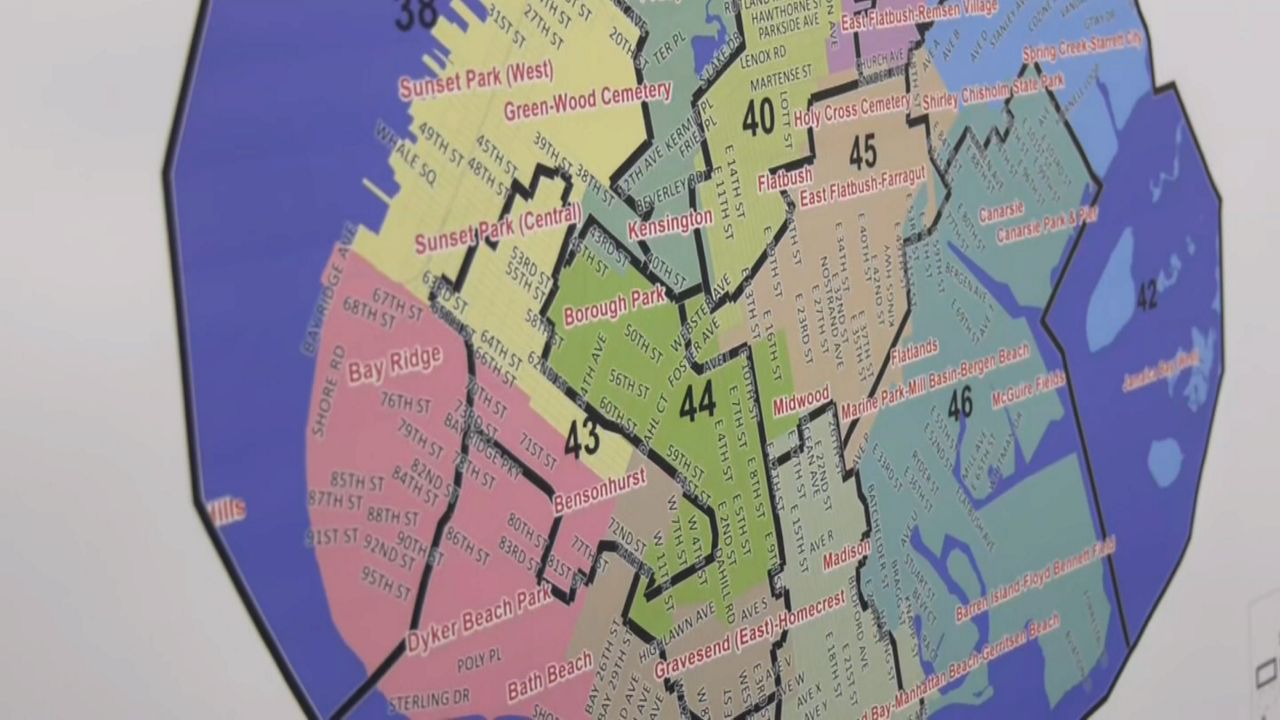 A proposed map of new Council districts in Brooklyn. On Thursday, the city's Districting Commission voted down the latest version of proposed lines that would go into effect for next year's Council elections. (NY1 Photo)

On Thursday, the proposal fell apart.

By a vote of 8 to 7, the commission rejected the latest proposed lines, effectively sending its own mapmakers back to the drawing board.

Some of the controversy centered on the three Council districts on Staten Island, which were contained entirely in the borough under an earlier set of maps. Critics said that limited flexibility elsewhere.

In the latest proposal, revisions were made so that one Staten Island district crossed over into Brooklyn, capturing about 16,000 residents.

That prompted blowback from some commission members.

“I resent the fact that Staten Island has been blamed for all the troubles identified in the first draft,” said Michael Schnall, in explaining his vote. “This move disenfranchises those 16,000 people who deserve adequate and accessible representation. They will have to pay a $20 toll and drive 10 miles to see their Council member.”

The vote came as a surprise, in part because the revised maps had been designed to address many community concerns.

“It was definitely a surprise, and an unfortunate surprise,” said Ben Weinberg, director of public policy at Citizens Union, a good-government group. “Because every delay in the process under the compressed timeline that we’re under in the city redistricting could potentially limit the time for public input in future versions of the map.”

The commission’s chairman, Dennis Walcott, said the group would get right back to work.

“I don’t allow myself to get disappointed. I really think about those next steps, quite frankly. And so people voiced their concerns. You heard how I voted. I voted yes,” Walcott said in an interview. “Others felt differently. And so I have to respect that.”

A final set of lines must be submitted by Dec. 7 in anticipation of next year’s Council elections.

Staten Island Councilmember Joe Borelli, a Republican, has three appointees on the commission as the Council’s minority leader. All of them voted no.

“I’m happy with today’s outcome,” he said, “and I’m happy that this will finally put additional pressure on them to really build a consensus.”