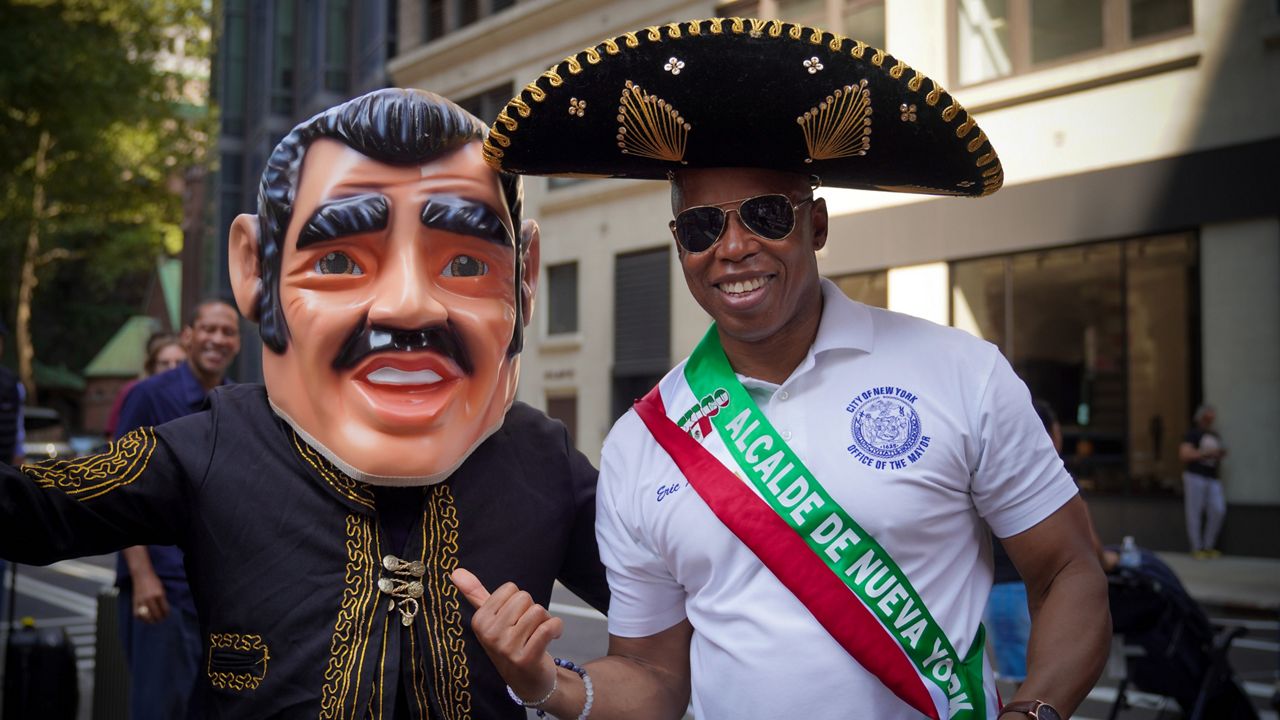 Mayor Eric Adams prides himself on keeping a busy schedule.

“We got to do some off-topics because I got a bounce in a minute,” Adams said in March, a phrase he often uses.

But that grind includes plenty of grip-and-grins and photo opportunities amid challenges like the COVID-19 pandemic, rising crime and a housing crisis.

“We want a morning Killah coffee,” Adams said in a May TikTok posted to his account.

Far-flung and minor politicians who have had an audience with Adams include the mayor of Uskudar — a district of Istanbul, Turkey — and at least one of Paris’ 163 council members.

A NY1 review of Adams’ schedules after nearly nine months in office found that no event appeared too small — even for the mayor of a city facing crisis after crisis.

While the six months of private and public schedules obtained through a Freedom of Information Law request don’t present the fullest picture of Adams’ itineraries, they do shed light on how he fills his days and nights mixing the social and the political.

NY1 tallied 2,091 scheduling commitments by the mayor between Jan. 4 and June 30, an average of more than 11 per day.

The tally does not include blocks of time labeled “travel,” “administrative” or, opaquely, “hold for the mayor.”

A NY1 review of just his public schedules for the subsequent three months, from July 1 through Tuesday, finds 300 events.

“The fact that Mayor Adams makes himself accessible to every day New Yorkers and attends events past mayors have refused to is something we take great pride in,” said Adams' press secretary, Fabien Levy. “Mayor Adams is up early every morning and ends his nights often very late, where he is inspecting the subway system or homeless shelters.”

On Tuesday, at the Jacob Riis Houses, where tenants had been briefly left in the dark about an arsenic scare, several New Yorkers said they believe Adams was more interested in taking photos than their well-being.

“The most time I’ve seen the mayor was [the election]. That’s when he was really visible,” said community leader David Brasuell. “Otherwise, he’s been visible in the last few weeks for the water thing, because, like I said, his back was to the wall with this.”