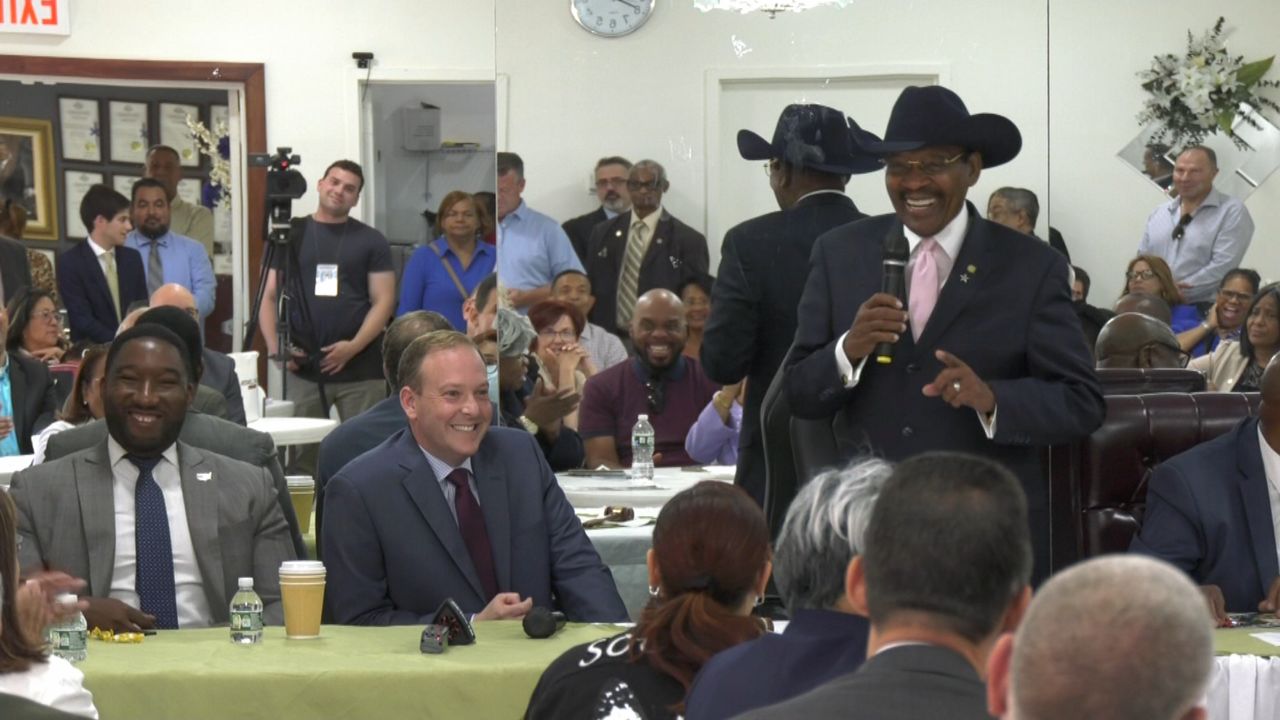 Lee Zeldin campaigns in the Bronx with controversial reverend

With just over two months to go until the November general election, Zeldin was in the heavily Democratic Bronx, but managed to find a place friendly to Republican ideas in Diaz Sr.’s congregation.

“We are talking about crime and public safety at the top of the list,” Zeldin says. “The need to repeal cashless bail. We need DA’s doing their job. Alvin Bragg should be removed. When I say we should get rid of cashless bail, Kathy Hochul says she needs more data.”

Diaz Sr. has found himself in controversy for making homophobic comments in the past, which led to fellow Democrats calling for his resignation from the City Council.

Zeldin sidestepped that issue and was instead searching for common ground.

“People are upset about COVID mandates. Every 30 days Kathy Hochul unilaterally extends her self claimed COVID emergency powers without permission from the state legislature,” Zeldin says.

Meanwhile, Zeldin’s opponent, Gov. Kathy Hochul, continued her press tour one year after taking office. On WNYC radio, she was asked about a controversial bill to decrease class sizes that was passed by the legislature earlier this year. Mayor Eric Adams opposes it.

“I am looking closely at it. I am inclined to be supportive,” Hochul said. “I just have to work out a few more details with the Mayor. I spoke to him about it yesterday. But it’s something we want to give people assurance that we take care of our children and give them the best educational experience because they have been through so much.”

Hochul was also asked about another contentious bill which would ban cryptomining. On this issue, she played it closer to the vest.

“I had over a thousand and seven bills passed,” Hochul said. “Record numbers of bills passed, on my desk at the end of June at the same time I was dealing with Supreme Court decisions which were taking up a lot of time and now the gun safety crisis. So, we will get to it.”

Hochul is in no rush to sign either bill. Once the legislature sends a bill to her office, she has ten days to sign it. But rarely is it sent before she has made a decision. And the governor has until the end of of the year.