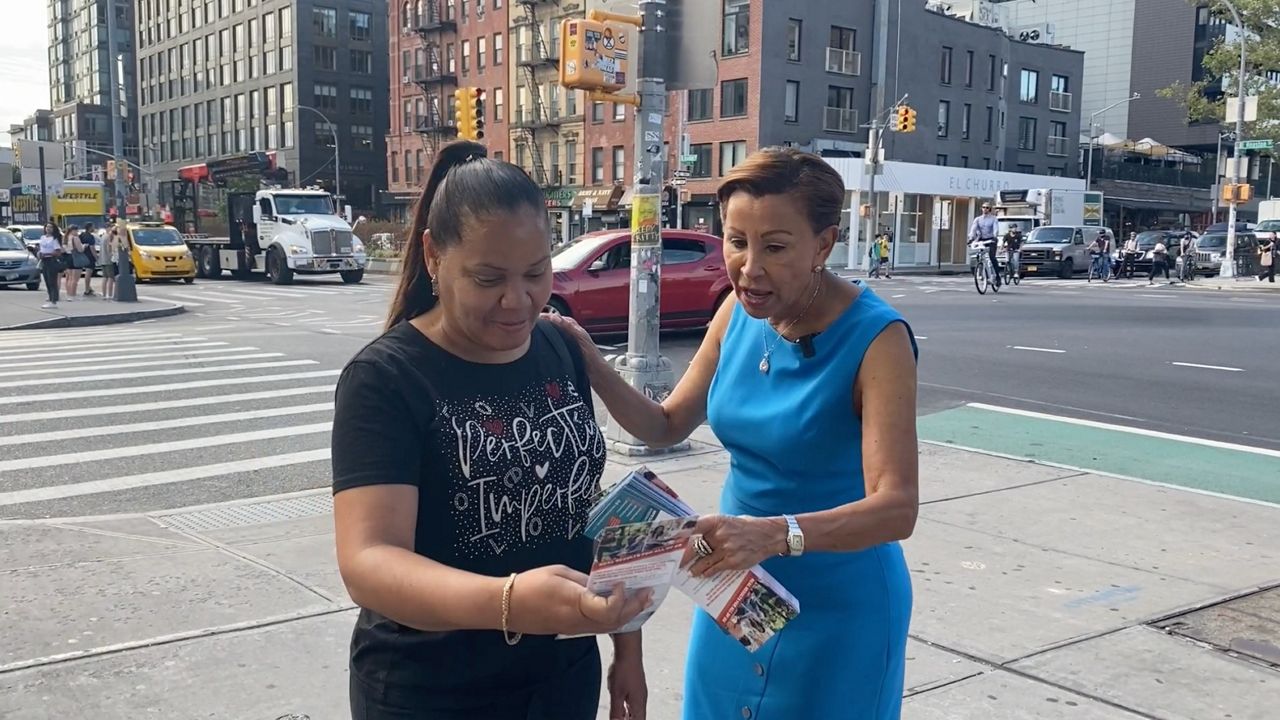 Rep. Nydia Velazquez was back pounding the pavement this week, just like she did nearly three decades ago when she first won her seat in Congress.

It’s hands-on organizing skill-set that she says has served her well — not only on the campaign trail, but on Capitol Hill, too.

“You’ve got to do like grassroots in Washington. Going and meeting with individual members. Going and talking with the chairman of the committee of jurisdiction,” the Democratic congresswoman said.

Election season means lawmakers who spend much of their time in the formal confines of Capitol Hill are now instead in the more buttoned-down setting of the campaign trail — giving them a chance to flash different styles and arguments.

Velazquez is one of only a few members of the New York delegation to endorse one of the candidates in the race.

By doing so, she opted to not back her congressional colleague, Rep. Mondaire Jones, who is running for a different seat than the one he now has because of redistricting.

“When he spoke to me, I said to him, he was making a big mistake by running in a district that didn’t know him,” Velazquez said.

Across the river in Brooklyn, Jones went door-to-door Thursday in the Park Slope neighborhood to pitch to residents.

He says the conversation with Velazquez never took place and he downplayed the significance of her endorsing one of his competitors.

“When you look at the polling, you see me doing at least as well as candidates like who Nydia Velazquez endorsed, which I think also undermines whatever she said,” he said, referencing a recent Emerson College/Pix11/The Hill survey.

Jones, as the only sitting member of Congress in this race, is leaning in on his experience, including his role on the House Judiciary Committee.

“My favorite part of campaigning is meeting with voters and engaging them on policy. And on my record of service and on my vision for this district,” he said.

Further north, two other members of New York’s delegation are fighting for their political lives for the 12th Congressional District: Reps. Carolyn Maloney and Jerry Nadler.

While out meeting voters Tuesday, Maloney noted the campaign experience in New York can be “fascinating.”

“There are going to be probably 1,000 or a couple of 100 people that I’m going to meet. And each one of them is going to be fascinating and different and have a unique story,” she said.

Ultimately, New York is going to have some fresh faces in the delegation next year, with at least one current member not returning to Capitol Hill.