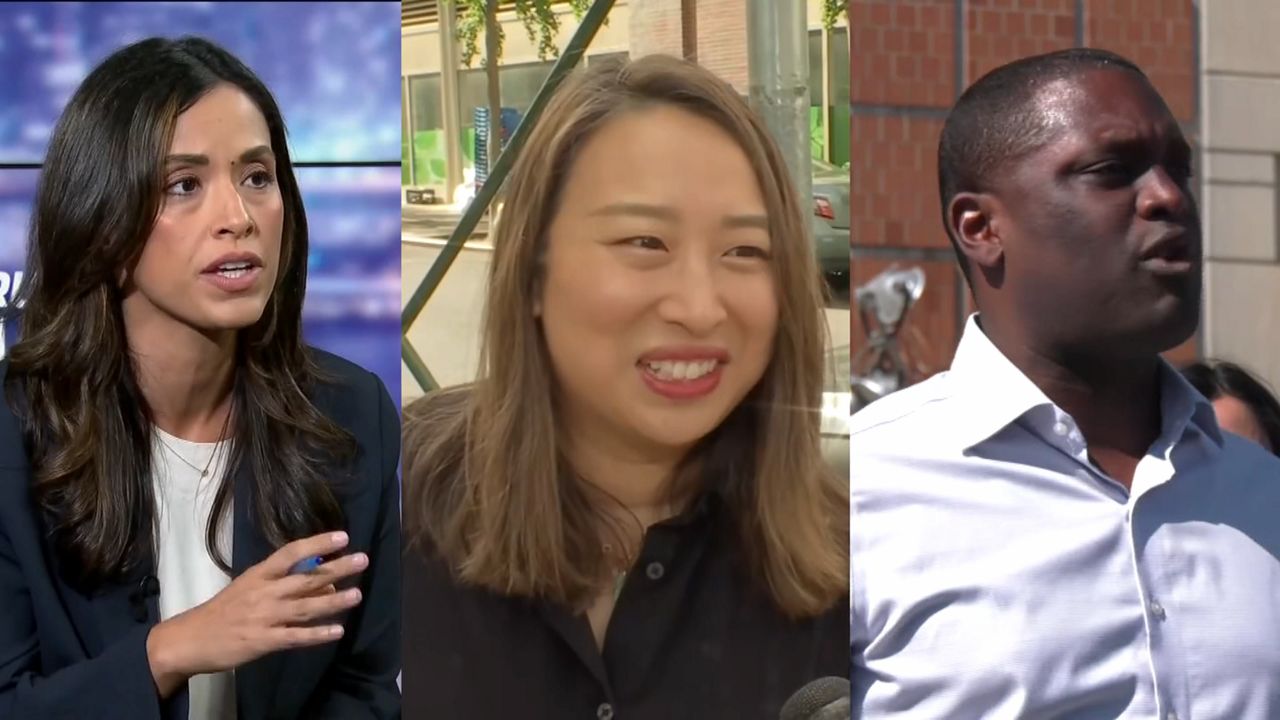 Assembly Member Yuh-Line Niou was trying to get out the vote in her district in Chinatown Thursday alongside state Senator John Liu, one of the city’s elected officials who has endorsed her run for the 10th Congressional District.

“I have the amazing support of the Working Families Party, the Public Advocate Jumaane Williams,” she explained.

While Niou has certainly accumulated support in her run (her website boasts of 20 organizations that have backed her), she has not consolidated support around her as the choice for progressives across the city.

At this stage in the race, progressives are generally divided among the top left-leaning candidates.

It’s giving an opening to former federal prosecutor Dan Goldman, who served as counsel to House Democrats during the first impeachment of President Donald Trump and who is seen by some as more moderate than the rest of the top candidates in this crowded field.

Rep. Mondaire Jones, for one, says he has the most campaign cash of the progressive candidates, and therefore people should consolidate around him.

“I am the only progressive up on television right now doing battle with a conservative named Dan Goldman who has given himself $4 million of his family’s fortune,” Jones said on Thursday. “I am not going to tell anyone what to do. I am going to make the case for why I am the best positioned progressive to defeat someone who is far outside of what this district wants, when it comes to policy after policy.”

Rivera claims she has the winning coalition.

“I feel really good about how people have coalesced around our campaign,” she told NY1. “We have 1199 the health care workers… the transport workers’ union. We have the carpenters, we have Congresswoman Nydia Velazquez, Congressman Adriano Espaillat, council members, advocacy organizations, that’s the coalition. It’s broad. It’s diverse.”

One campaign official told NY1 candidates are not consolidating or dropping out because of a lack of polling in the race.

But some are joining forces in other ways.

Rivera and former city Comptroller Elizabeth Holtzman will have a joint press conference on Friday, but sources told NY1 neither will be ending their campaign.