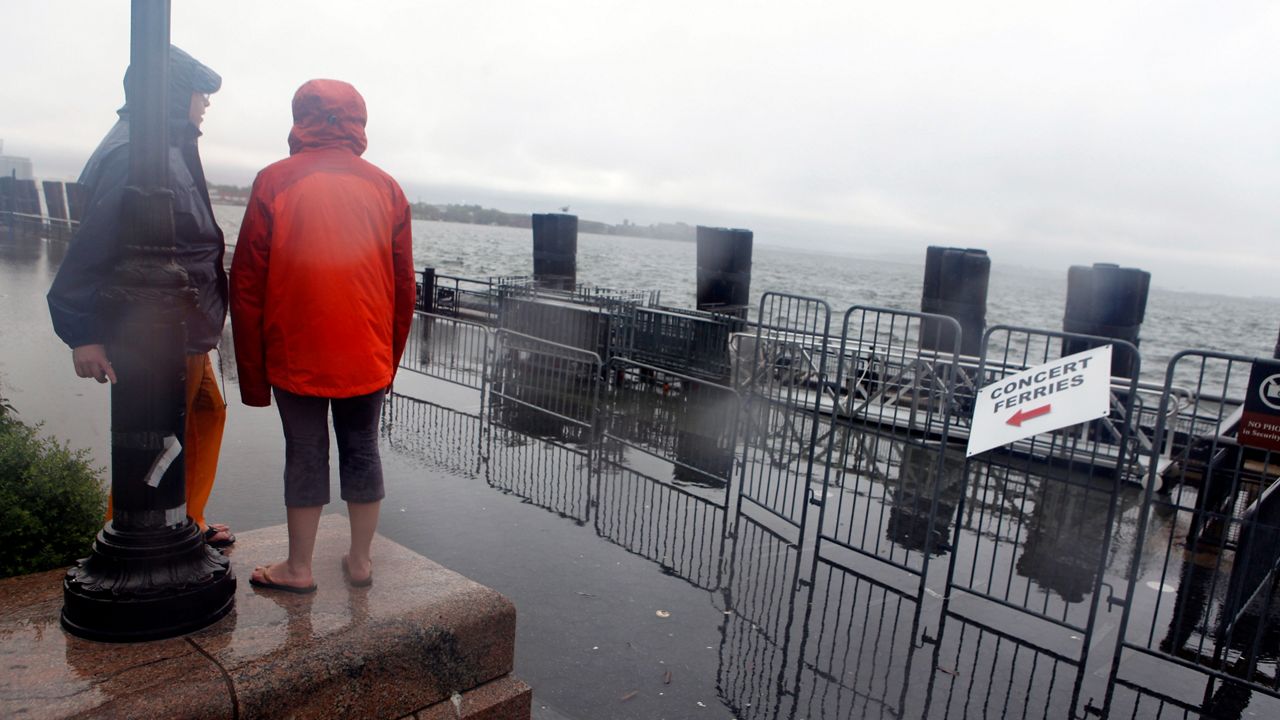 On a beautiful Tuesday night, Wagner Park in Battery Park City is full of people.

In a few weeks, the park could be closed.

It's part of a plan developed over six years to rebuild and protect Battery Park City from flooding.

Hurricane Sandy rained down a decade ago, bringing millions of dollars in damage to Battery Park City.

However, some people in the community have been unhappy with the proposed plan.

“The Empire State Building took one year and 45 days to build. Tell me why you need to close this community park for two years? It makes no sense,” said Dan Akkerman, the president of the Battery Alliance, a nonprofit made up of Battery Park residents to restore the area.

Critics at a rally on Tuesday in the park, made up of community leaders, politicians and Battery Park City residents, said the plan would reduce green space and increase commercial space.

She said she’s been disappointed with the level of outreach from the team in charge of the project, the Battery Park City Authority.

“We’re all eager to embrace resiliency efforts but we’re not confident in the Battery Park City Authority and the way they’re approaching it,” Jones said.

However, hours before the rally, the Battery Park City Authority announced a new plan that would be increasing green space by more than 74% of what is currently designed.

“Throughout the nearly six-year development of the South Battery Park City Resiliency Project, we’ve worked hard to balance the urgency of creating a more resilient Battery Park City and lower Manhattan with the importance of incorporating community voices,” said BPCA president and CEO B.J. Jones. “In keeping with that effort, I’m pleased that we’ve been able to significantly expand lawn space in addition to other modifications we’ve made over the course of this initiative without losing momentum to provide critical protection against catastrophic storms.”

Manhattan Borough President Mark Levine and other local officials say they back this new proposed design.

People at the rally said they were encouraged, but not fully satisfied, by the latest developments and hope there are more conversations about the new designs.