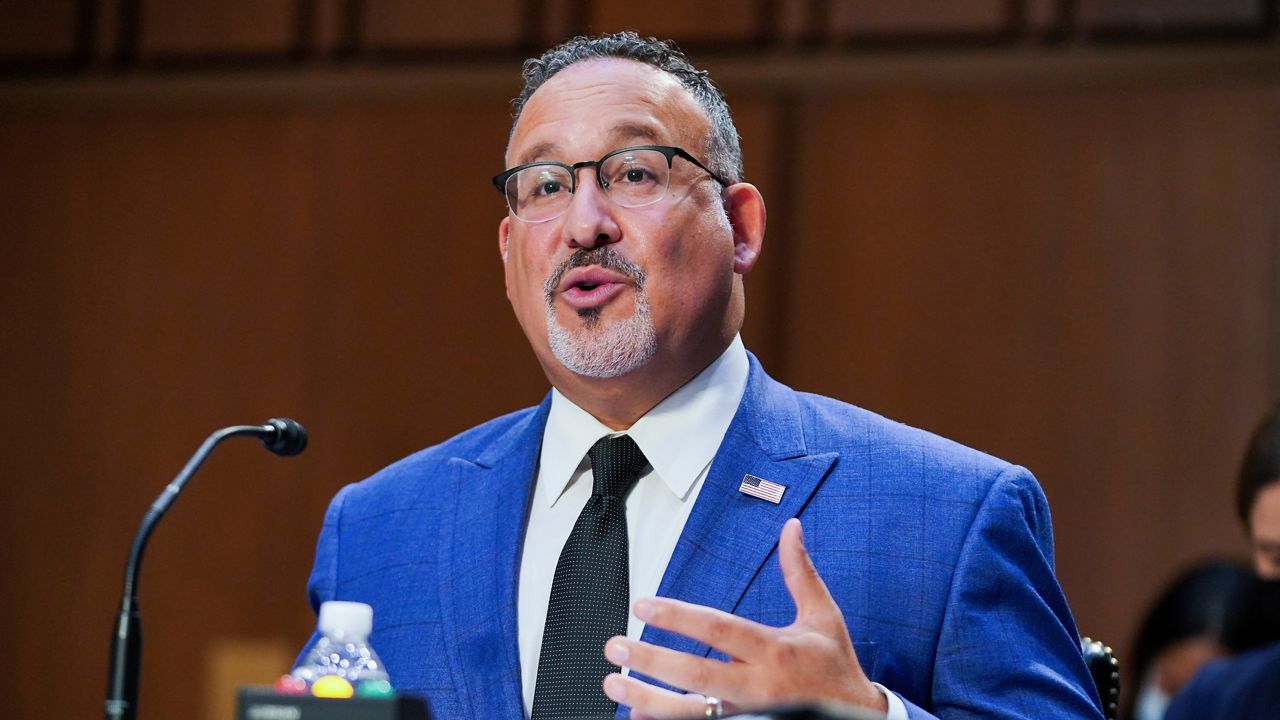 Education Secretary Cardona addresses nationwide teacher shortage: 'At the end of the day ... it's about respect'

The teacher shortage in the United States is hitting a crisis level.

According to data from the Bureau of Labor Statistics reported by the Wall Street Journal, roughly 300,000 public school educators and staff left the field between Feb. 2020 and May 2022. And an alarming 55% of educators indicated that they could be leaving their profession or retire early, according to a survey from the National Education Association.

And the people who will be impacted the most by all this? The students.

Findings from the American Federation of Teachers point to a shortage in qualified teachers from Pre-K through grade 12 and show a "sharp rise in dissatisfaction" among teachers. Teachers, parents and students have turned to the U.S. Department of Education for solutions on how they will ensure quality education as students return this fall.

"The Department of Education has put out guidance around using the American Rescue Plan dollars to make sure we're filling those positions,"  Education Secretary Miguel Cardona told Spectrum News, noting the importance of "paying [educators] competitive salaries and giving them professional development opportunities."

States like Arizona and Florida have turned to unorthodox measures by hiring college students to teach classes as a way to address the massive teacher gap.

"We need to make sure the efforts that we have are not only short-term solutions but long-term solutions," Cardona said. "That's why we support 'Grow Your Own' programs," referring to partnerships between school districts and community-based organizations and colleges to strengthen the teacher workforce.

Cardona says that such programs are likely more advantageous than lowering some qualifications for educators – which states like Missouri, California, Oklahoma have done, according to Education Week – because those students are the "teachers of tomorrow."

"I think creative programming with colleges is probably a better solution than lowering what we're expecting for the people to be in front of the classrooms," he continued.

When asked why teachers are up and leaving their roles, Cardona explained that, "at the end of the day, it's not just about money, it's about respect, it's about acknowledging the important work that they do."

"Teachers have gone from in-person learning one day to totally virtual the next," he said. "While we recognize our teachers have bent over backwards, we really have to make sure that as we're reopening schools, we're listening to what our parents and teachers have to say."

Secretary Cardona said that some kids have fallen behind in their studies during the pandemic and he thinks that school children need to not only catch up "academically but [catch up] with their friends." Cardona told Spectrum News that he plans to focus on "getting kids caught up" after falling behind due pandemic-related school closures. He also discussed support for mental health services provided through title IV funding in schools.