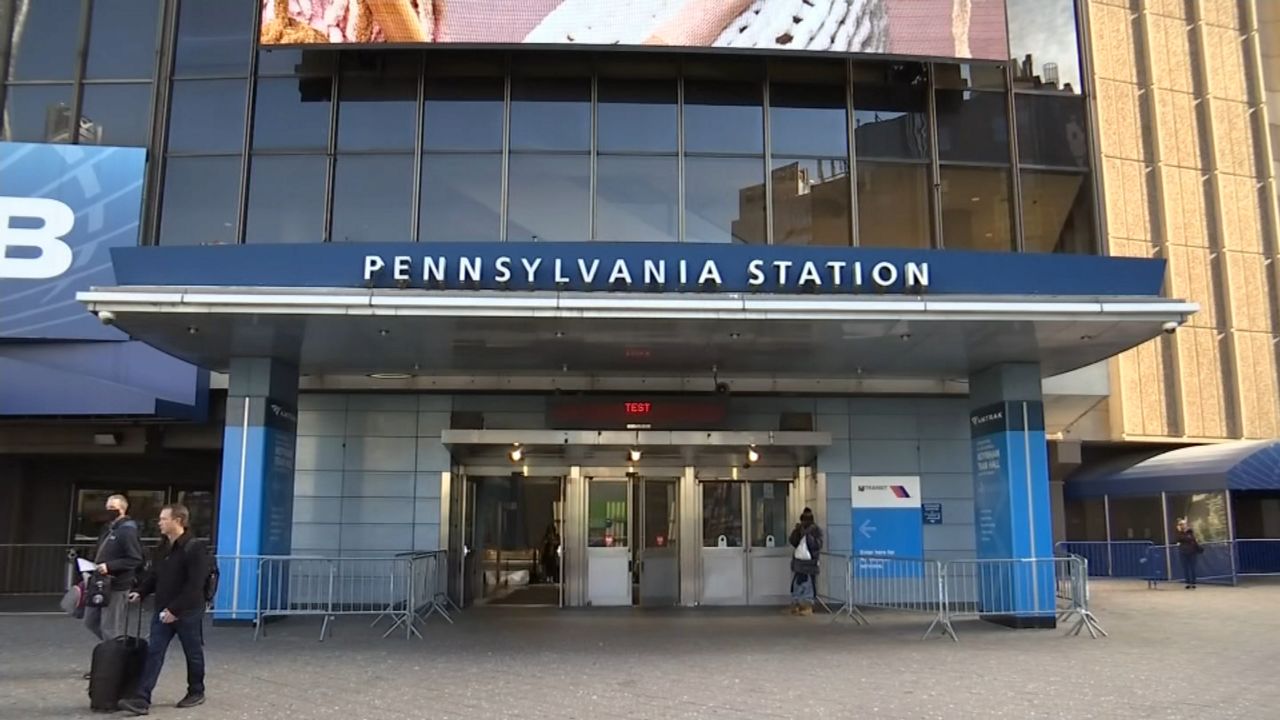 Mayor Eric Adams and Gov. Kathy Hochul announced an agreement between the city and the state to help fund the reconstruction of Penn Station, as well as the possible expansion of the rail hub and improvements to the surrounding neighborhood.

The pair said in a statement Monday the state would collect payments in lieu of taxes on new construction to finance the project.

Developers would make the payments for about 40 to 50 years.

“We have to maximize the development, maximize the benefits,” Adams said at an unrelated news conference. “We know that Penn Station, a major hub not only for the Long Island Rail Road but also for Amtrak — I took Amtrak every day that I went to Albany — we know it’s time to invest there.”

“This agreement brings us one step closer to a beautiful, modern station worthy of New York with vibrant open space, lively streetscapes, and better, more seamless connections to local transit,” Hochul said in the statement.

Adams noted the deal would fund 100% “of the improvements to streets, sidewalks, public spaces and other elements of the public realm — 100%. Fifty percent of improvements to transit infrastructure, including underground concourses, subway entrances.”

The tax breaks would also fund 12.5% of Penn Reconstruction and Penn Expansion, according to the 12-page agreement framework, which still needs the final approval from the state Public Authorities Control Board.

There would be no local property tax revenue loss and joint governance between the city and the state, according to the deal.

The cost of the Penn project overall has been pegged at about $8.5 billion.

“Some who would like to say, Well, we’re just giving rich cats tax breaks,” Adams said when asked about critics. “No, they’re going into improving the infrastructure. And when you start dealing with that infrastructure, it costs money.”

And advocacy group ReThink Penn Station NYC said, “The state and city are selling everyone short. The transit improvements are incremental, not transformative in any way.”