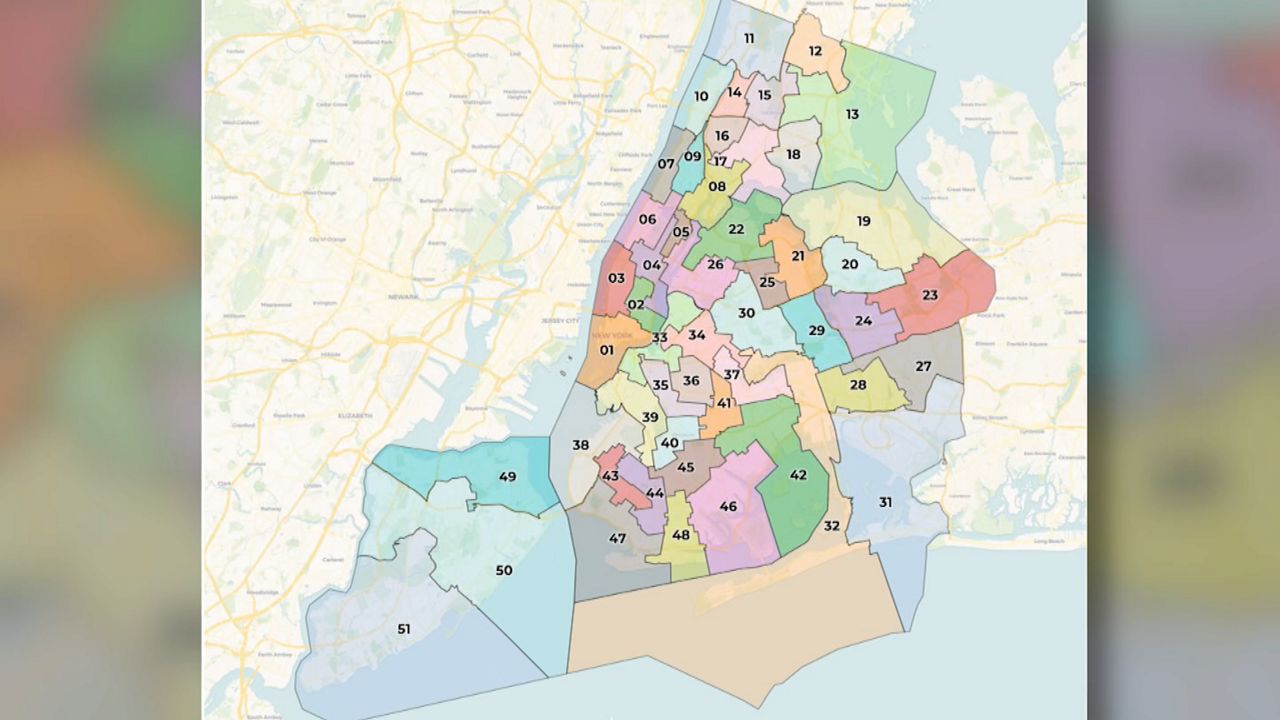 The city’s districting commission released new preliminary city council district maps on Friday—a first look at how these legislative districts might be reshaped after the 2020 census. (NY1/File Photo)

The 51 members of the City Council may get some new turf—some more than others.

The city’s districting commission released new preliminary City Council district maps on Friday—a first look at how these legislative districts might be reshaped after the 2020 census.

“This is just the first draft map,” Dennis Walcott said, the chair of the commission. “The public will have the opportunity to inspect it and review it.”

Almost immediately, the focus honed in on the changes in Brooklyn, specifically a handful of districts around Sunset Park and Bay Ridge, changes that might pit two incumbent councilmembers against one another. As it stands now, one council district includes Sunset Park and Red Hook seen here in pink and another represents Bay Ridge and Dyker Heights seen here in blue.

Under this new plan, those get combined.

The new boundaries will stretch from Bay Ridge to Sunset Park, which are currently represented by two councilmembers Justin Brannan and Alexa Aviles.

The two issued a joint statement on Friday slamming the new lines saying it destroys a historically Latino seat.

Aviles spoke to NY1 after the maps were unveiled.

“We see this as a whole destruction of longstanding communities of interest that have been together for a long time at multiple levels of government particularly in Sunset Park and Red Hook,” she said. “This, for me, is a real destruction of our community.”

We asked the commission about the potential head-to-head matchup.

“We did not pay any attention to any individual elected officials,” Walcott said. “We did not discuss that. It was all about the district itself.”

The reshuffling also creates a new district in Brooklyn, stretching from Sunset Park into Bensonhurst, that will be majority Asian American—about 56% of the voting age population.

The commission said a large influx of Asian and Hispanic New Yorkers dictated these lines, since the last census in 2010.

This is just the beginning of the process. The commission will hold a series of public hearings next month on these proposals, then issue final maps. Those maps will go to the City Council for review.