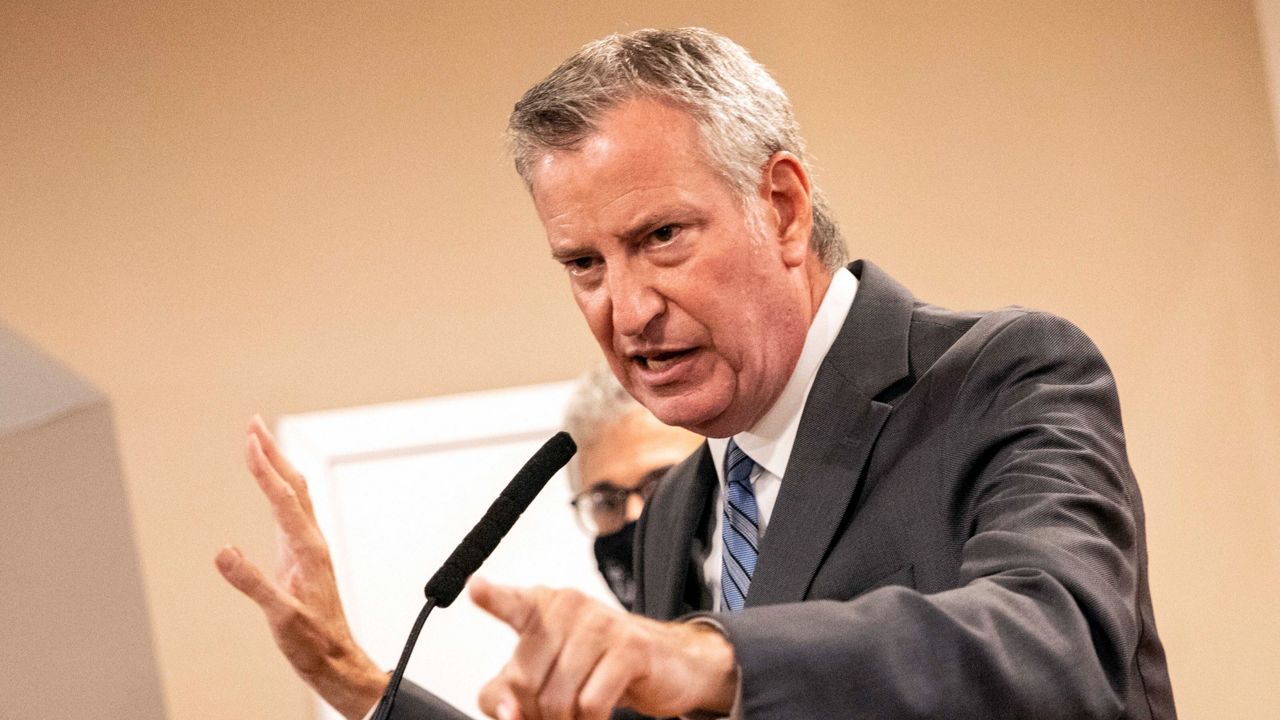 It’s clear big labor unions are split between candidates for the newly drawn congressional district seat covering Lower Manhattan and Brownstone Brooklyn — and no one is coalescing around one candidate.

Councilwoman Carlina Rivera and her campaign for Congress came to Park Slope this week to tout a big endorsement.

“This is a big deal,” she said. “This is a union I have worked really, really closely with.”

She secured the backing of Local 1199SEIU — a massive health care workers’ union.

It’s a union that was crucial to former Mayor Bill de Blasio’s ascent into City Hall, but is now going in a different direction.

“We have a lot of friends but we also recognize there are moments where we have to decide who are champions are going to be and she is the one that through our process through our membership she emerged as the clear leader,” Milly Silva of 1199SEIU United Healthcare Workers East said.

De Blasio said there are no hard feelings.

“This is a district where it’s not so much about the institution and organizations,” the former mayor said. “Some districts have lots of unions members. This district does not happen to.”

The union is not the only onetime de Blasio ally who has backed a different candidate in the very crowded race to represent the 10th Congressional District: the Working Families Party is backing Manhattan Assemblywoman Yuh-Line Niou.

“I do not see this as us shifting away from anybody, but really us making an endorsement about who we think is going to be the strongest representative for NY-10 in Washington, and that was clearly Yuh-Line for us,” Sharon Cromwell, deputy state director of the New York Working Families Party, said.

“Look, I respect those institutions a lot,” he said. “I consider them friends, regardless. People in primaries take different positions and what matters is what the voters are feeling. And they know me.”

De Blasio has gotten the backing of UNITE HERE Local 100, a service industry workers union which has been by his side for years.

Other candidates, like Dan Goldman —  who served as lead counsel in the first impeachment of Donald Trump —  are trying to stand out in the field with big fund raising hauls. Goldman raised $1.2 million in a month.

Rep. Mondaire Jones, who moved to Brooklyn from Westchester to run for the open seat, raised $509,000 this quarter and $3.3 million for this cycle.

De Blasio has not disclosed how much financial support he has so far.