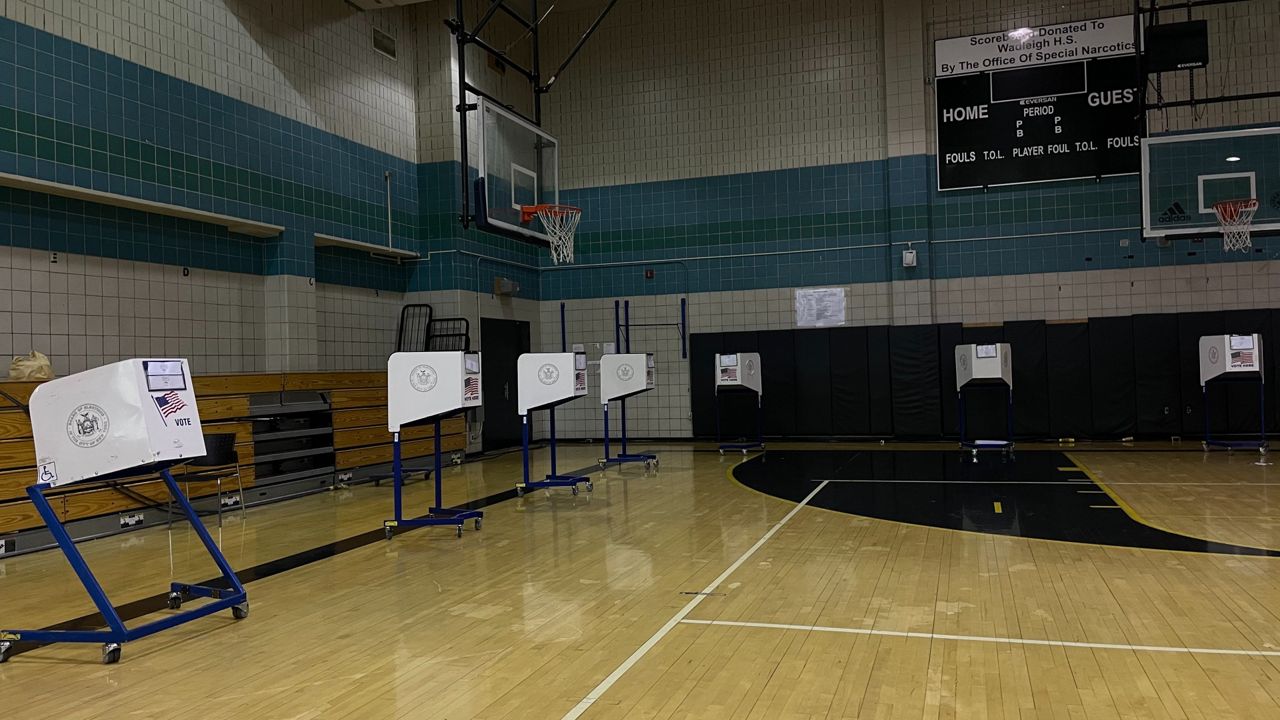 Empty polling sites on the second day of early voting

Empty polling sites were the norm across the city on the second day of early voting for the primary election.

It was Juneteenth and Father’s Day, and candidates for office were juggling both while the election was already underway.

Public Advocate Jumaane Williams, whose name is on the Democratic ballot for governor, was spending time with his newborn daughter in Jamaica, Queens.

“She is the reason that I kept going, because I wanna make sure that when she is older and she understands where we were in this time that I can say daddy did as much as he could,” Williams said.

And some candidates even took the day off from campaigning, like Gov. Kathy Hochul, who stayed with her family in Buffalo after voting on Saturday.

Besides selecting their nominee for governor, Democrats are picking their candidate for lieutenant governor. In the race, newly appointed in the position Antonio Delgado, former Brooklyn council member Diana Reyna and progressive activist Ana María Archila.

Republicans also need to pick their candidate for governor.

On the eve of their debate on NY1, Giuliani held a news conference in front of Chelsea Market — where NY1’s studios are located —protesting the fact he won’t be able to debate in-person. NY1 is requiring all candidates coming into the studio to be vaccinated against COVID-19. Giuliani has refused to get the shot, so he will participate remotely.

“I was the only gubernatorial candidate that stood up and said I will not comply with what I believe are these absurd health mandates at this point,” Giuliani said.

Democratic and Republican registered voters can take advantage of early voting until next Sunday. Election Day is Tuesday, June 28.