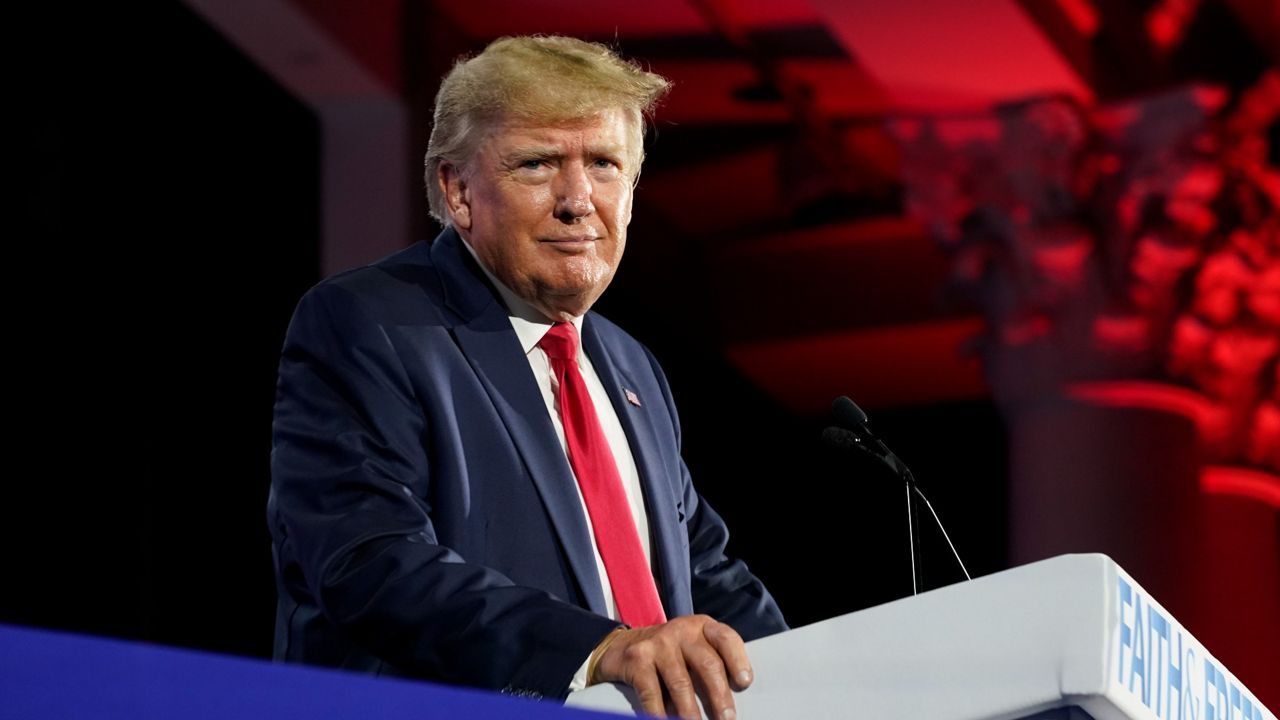 Trump looms large as Republican race for governor heats up

At their first debate earlier this week, half of the Republican candidates for governor did their best to demonstrate their loyalty to former President Donald Trump by highlighting their relationship with the former president.

“You know, I was very honored to work four years in President Trump’s White House. I’ve known him for over 20 years. I consider him a good friend,” Republican candidate for governor Andrew Giuliani said.

Or taking a swipe at another candidate for not doing enough to embrace Trump.

Analysts say the party will need to make a choice about whether or not to wear the Trump brand.

“So, this GOP primary is a defining moment for Republicans in New York,” former Republican strategist Jonathan Greenspun said. “It is going to determine whether or not this is the party of MAGA, or one that is more practical and interested in winning in November rather than just making a larger political point.”

Both Harry Wilson and Rob Astorino have a more detached view of Trump. And that could potentially hurt them with some Republican primary voters.

Zeldin has the party support in this race. And he has now received the endorsement of the New York Post. But some in the party worry his support among voters may be falling off.

“It’s really unclear. He clearly had the most money and he was front runner for the duration of the primary season. However, one thing that pollsters will tell you is that being able to predict who turns out, in what numbers and for whom, is becoming more and more difficult particularly when it comes to Republicans and especially when it comes to loyal Trump voters,” Greenspun said.

So far, Trump has not endorsed in this race, but that hasn’t stopped Giuliani from giving the impression that he has, tweeting a photo just this week, exclaiming, “Thank you to the 45th and 47th President of the United States, my friend, Donald J. Trump!!”

Early voting begins on Saturday, so if Trump were to endorse, it would have to happen soon. However, some believe the endorsement could even come late in the game, because Republican voters are more likely to vote in person on primary day than they are to vote early or by absentee ballot.