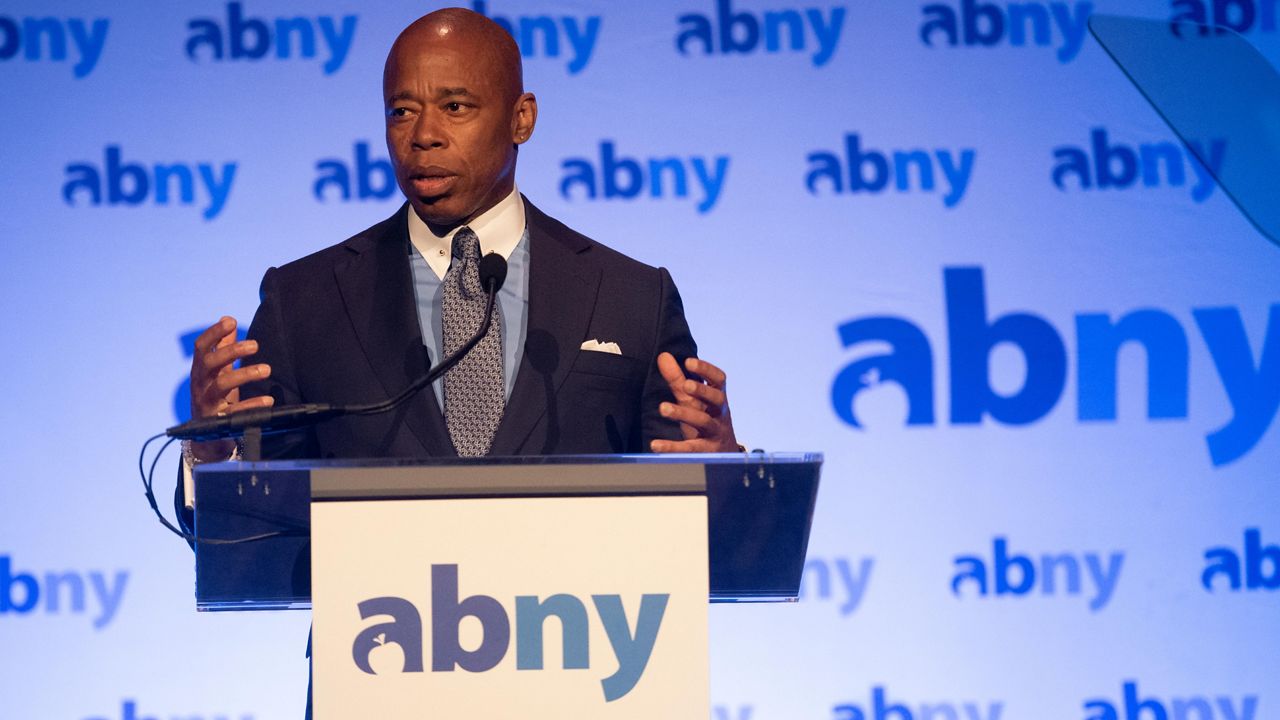 At an Association for a Better New York breakfast, Mayor Eric Adams laid out his vision for a citywide economic recovery and a sustainable future. (Michael Appleton/Mayoral Photography Office)

Adams wants to turn New York into the 'City of Yes'

New York City is dysfunctional, the mayor says, and his plan to turn it around is simplifying zoning rules to create more housing and business opportunities.

“We are gonna turn New York into a city of yes. ‘Yes in my backyard, yes on my block, yes in my borough,’” Mayor Eric Adams said Wednesday.

At an Association for a Better New York breakfast, Adams laid out his vision for a citywide economic recovery and a sustainable future. The association is a coalition of corporate, nonprofit, labor, government, and other community leaders that promotes civic conversations on public policy.

The speech came one day after a developer withdrew a rezoning application for a project that would have brought about 900 apartments to Harlem — half of them affordable — and a geothermal energy system for the area.


The local councilwoman, Kristin Richardson Jordan, was adamantly against the One45 development and it didn’t seem as if her colleagues in the Council were ready to override her vote.

“Before I complain about what the City Council is not doing right, we need to get our house in order. My city agencies must be more pro-business and they must get out of the way with the bureaucracy and red tape,” Adams said.

Once again, Adams reiterated his call for all public employees to report back to office and help the recovery of business districts.

“I’m trying to fill up office buildings, and I’m telling JP Morgan, Goldman Sachs, I’m telling all of them, ‘listen, I need your people back into the office so we can build the ecosystem.’ How does it look that city employees are home while I’m telling everyone else it’s time to get back to work?,” the Mayor asked.

Adams will also need the help of the legislature.

He said he has many partners in Albany, but “there are some professional naysayers that I believe, a small number of people. We need to be clear on this, a small number, they are not on team New York and getting things done”.

This week, he reached a deal with lawmakers to retain control of the public school system for two years, even though he had initially asked for four.