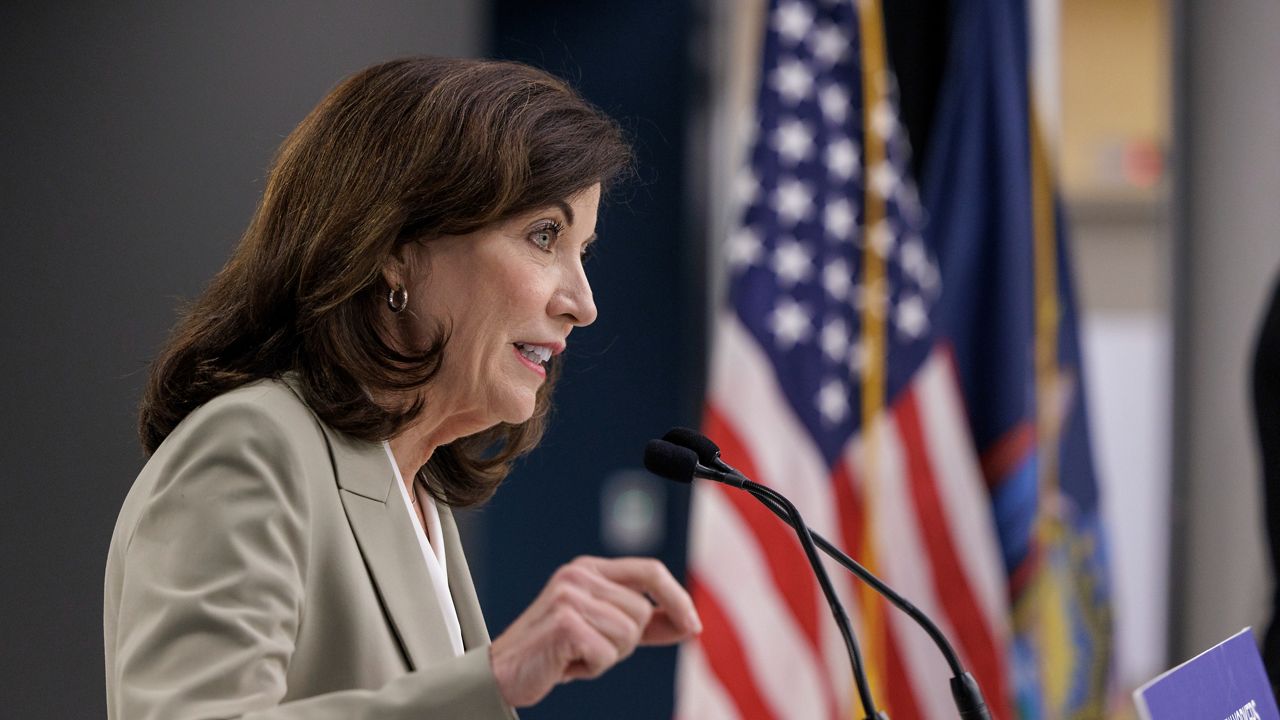 Gov. Kathy Hochul says she wants an independent investigation into the state’s response to the COVID pandemic.

For two years, families of those who lost loved ones in nursing homes have been pushing for an outside probe and it appears the governor is finally answering their call.

From almost the very first COVID death in New York in the winter of 2020, there have been vocal critics of how the state handled the pandemic. But so far, there has been no independent investigation or analysis of New York’s response.

Now, Hochul says the time has come for that review.

“Actually, we have outside consultants who are going to be working with us to examine every aspect of the pandemic,” Hochul said Monday. “The good, the bad, the ugly. Because I have to be able to leave future governors what was learned. Not just in the healthcare space in response to nursing homes, but also decisions that affected our economy.”

.@GovKathyHochul says independent consultants will be taking an objective look at New York State’s response to the pandemic, and deliver an Assessment of what went right, and what went wrong. Hochul says she will have an announcement on the details of that analysis soon.

Of particular concern in New York is the number of nursing home deaths. New York State lost more than 70,000 people to COVID-19 over the last two years. Over 17,000 of those deaths were in nursing homes and long-term care facilities.

Some blame a controversial directive issued by former Gov. Andrew Cuomo’s administration at the height of the pandemic that forced COVID-19 patients coming out of hospitals back into nursing homes. But there is no definitive proof that caused all those deaths.

Hochul says that’s why the state is looking outside for help, instead of investigating itself.

“We are putting together a team right now. The current administration, most of them were not there at the time. But I also want to make sure that we are using outside experts who can have a very objective look at what was going on at the time, and which decisions were made,” the former lieutenant governor under Cuomo said.

But critics of the previous administration say they are wary of consultants. Modeling of hospitalizations and expected language from some outside advisors in those early days turned out to be very wrong.

“I don’t trust contracting this work out in any capacity, because we’ve done this before,” says Democratic Assemblyman Ron Kim of Queens, who lost a relative to COVID-19 who was a nursing home resident. “We hired firms like McKinsey to come in and change history to protect the record of the state instead of getting to the truth and delivering accountability.”

This all gets tricky when it comes to liability. While the state has some immunity, some believe it would likely have to ensure that no individuals could be sued over what were, in hindsight, bad decisions.

Hochul said she will announce more details about the review in the coming weeks.