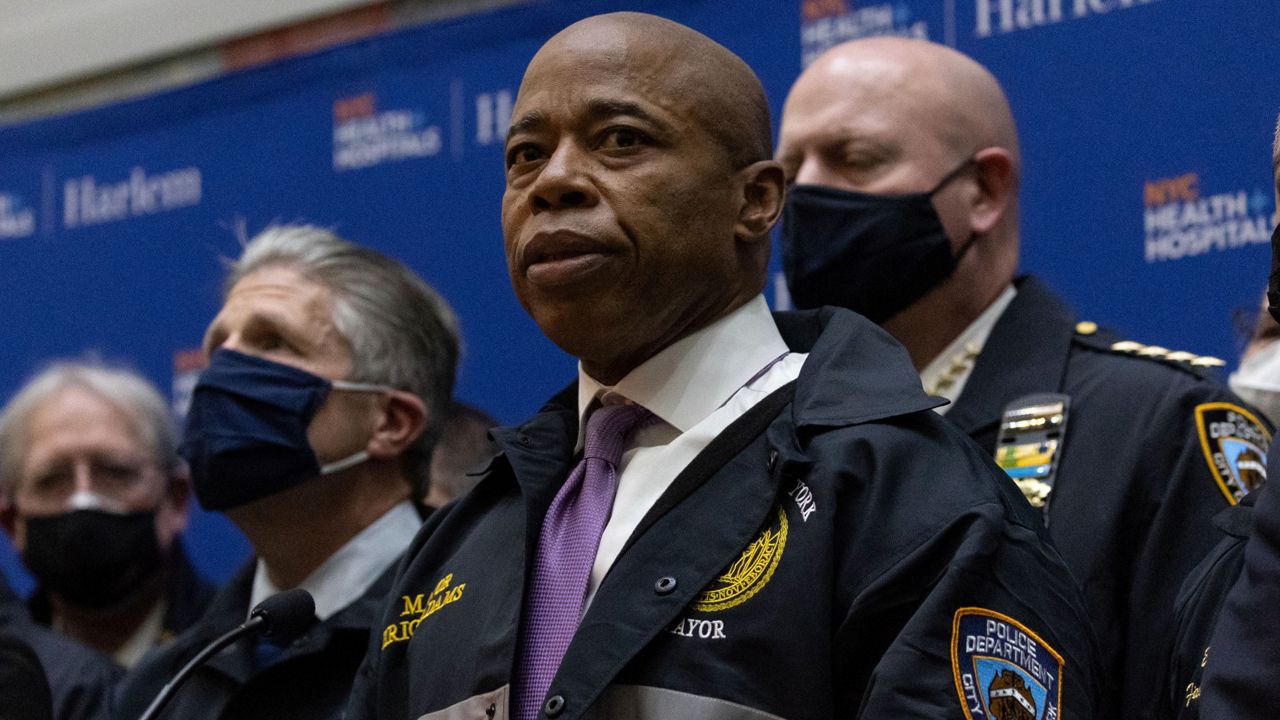 New York City Mayor Eric Adams speaks during the press conference at Harlem Hospital after the shooting in Harlem on Friday, Jan. 21, 2022, in New York. A New York police officer was killed and another critically wounded while answering a call about an argument between a woman and her adult son, officials said, making four officers shot in the city in as many days. (AP Photo/Yuki Iwamura)

The Supreme Court may be poised to overturn Roe vs. Wade, but New York officials are concerned about another decision coming down the pike, one that could turn gun laws upside down.

In order to obtain a concealed carry permit allowing you to carry a gun outside the home, New York requires that you demonstrate a special need for self-protection. When the Supreme Court heard a challenge to that law last November, its conservative-leaning justices seemed inclined to strike it down.

“After what we saw the Supreme Court did on abortions, we should be very afraid,” Adams said Thursday.

Adams said the city is already looking at how it could tailor the law – for instance, by restricting guns in the transit system and around schools. “The lawyers are looking at it,” he said. “We are not sleeping on this ruling, on this decision that’s coming down. But we are concerned.”

The concern is that the ruling will flood New York’s streets with guns at the same time that crime is on the rise. Adams on Thursday repeated his line of argument that the NYPD is doing its part in combating gun violence but needs help from the courts.

Meanwhile, the Mayor said he is taking a deep dive into police discipline and promised changes are coming.

“The police commissioner and I are saying, ‘How do we revamp so that we can ensure justice prevails?’” Adams said. “And I think the current system that's in place, there are many areas that we are going to have to revamp and reform.”