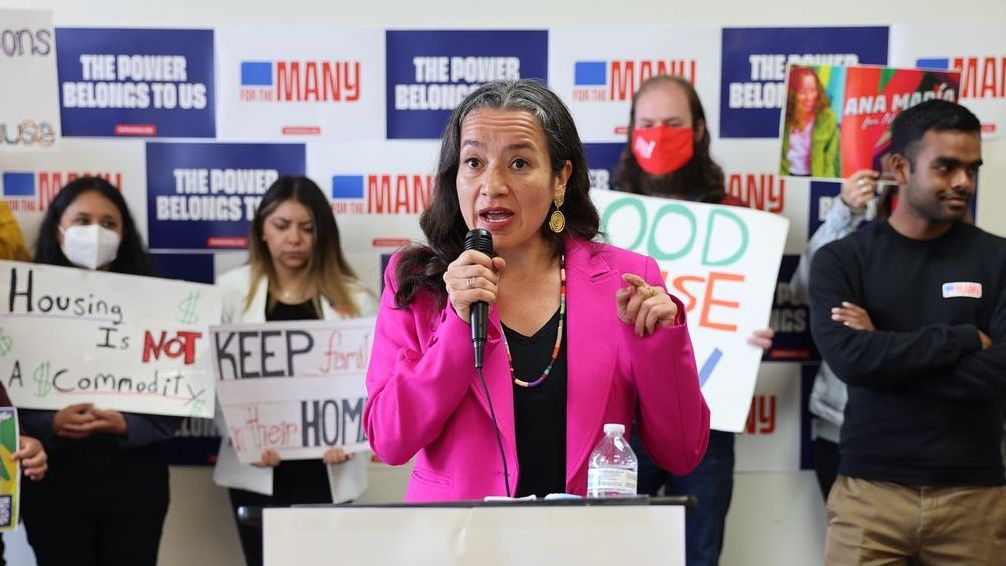 The race for lieutenant governor was completely shaken up this week when the state Democratic Party enabled Gov. Kathy Hochul to replace the embattled former incumbent Brian Benjamin with Rep. Antonio Delgado.

But two other candidates are still vying for the position and, on Wednesday, Ana María Archila received some key endorsements from fellow Democrats.

“In order to be an independent lieutenant governor, you have to earn that role through an election, not an appointment,” Archila said. “So, I believe that I will continue to earn endorsements because people believe that Albany is broken.”

Archila was endorsed by several state Senate Democrats, including deputy majority leader Michael Gianaris, one of 29 Democrats to vote against changing election law Monday night to allow Hochul to replace the indicted Brian Benjamin with Delgado.

“This endorsement was going to happen regardless,” Gianaris said. “I did not support the law we just changed. I don’t believe in changing the rules midstream. What I kept asking my colleagues was, would we even be thinking about doing this if one of the other candidates had gotten in trouble with the law. The answer, of course, was no.”

NEW: @SenGianaris endorses @AnaMariaforNY for Lieutenant Governor. It comes one day after @GovKathyHochul named @repdelgado as her new LG and running mate. @NYSenatorRivera and @JSandersNYC also endorse Archila, in what is shaping up to be competitive race.

“I think it is not fair to the voters to change the rules of the game in the middle of an election,” Archila says. “I think that voters really get demoralized when they’re see elected officials acting in self-serving ways.”

State Senators James Sanders, and Gustavo Rivera are also endorsing Archila. Since the governor and lieutenant governor are elected separately in the primary, some Democrats believe the more liberal Archila will help the party in November, even if she is not Hochul’s first choice.

“Because of the level of energy she will bring to her campaign on a day-to-day basis, we will have an opportunity to energize voters, and that is precisely what the Democratic Party needs in November,” Rivera says.