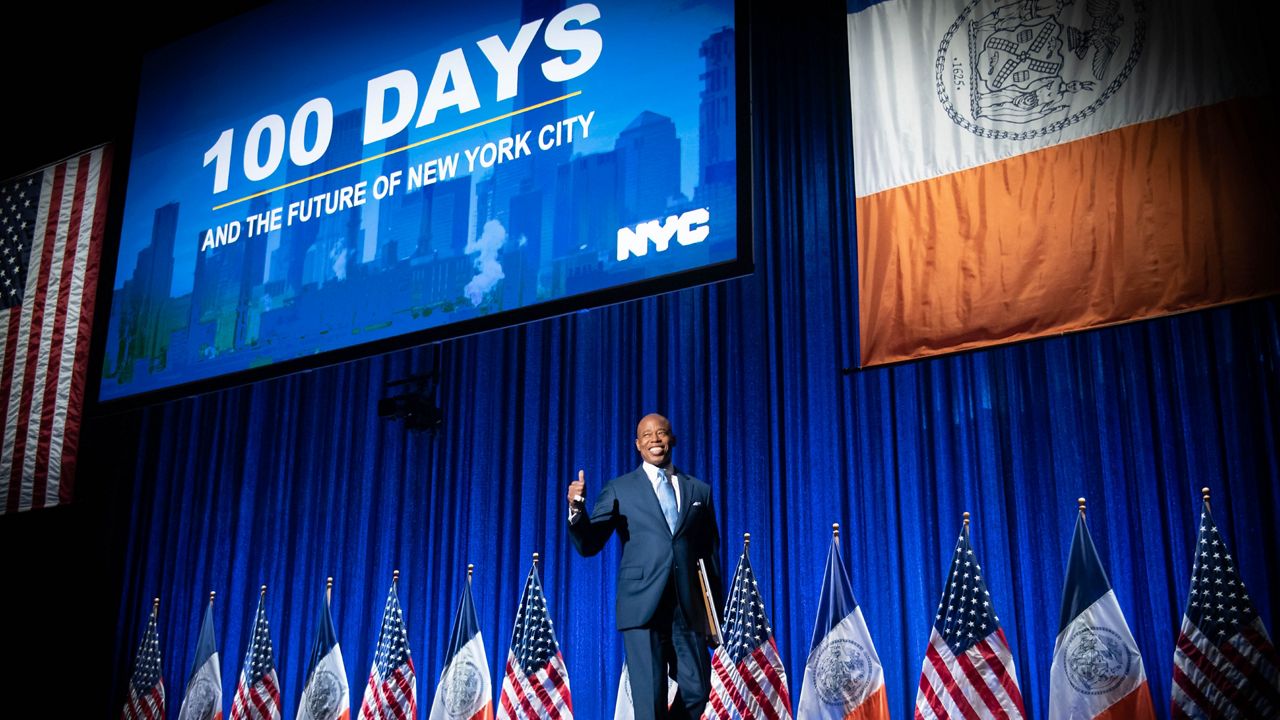 Adams' honeymoon may be over, new poll suggests

If the honeymoon isn’t over for Mayor Eric Adams, it certainly seems to be fading, judging from the results of the latest Quinnipiac University poll.

The poll released Wednesday found Adams’ approval ratings above water among city voters, 43% approving and 37% disapproving with 20% voicing no opinion. But that represented a downward trend from the last poll in February, when his job approval was 46-27.

The shift may be due to a persistent rise in crime, which about half of voters say is the most urgent issue facing the city. And their confidence in Adams to stem the tide appears to be shrinking in the face of high-profile crimes like last month’s subway shooting.

On Adams’ handling of crime, just 37% approve while 54% disapprove, a striking reversal from February, when he had a 49-35 positive rating.

In response to the poll results, the mayor’s spokesperson, Fabien Levy, released a statement arguing “New Yorkers are rightly worried about crime, which is why public safety has been Mayor Adams’ top priority since day one.”

“Reducing crime in the city won’t happen overnight,” the statement continued. “We are seeing movement and the crime numbers from yesterday reflect that with homicides, shootings, rapes, and hate crimes all down. Mayor Adams is laser-focused on reversing the failures of the previous administration while fighting back against failed reforms to the state’s justice system and irresponsible laws that flood our city with out of state guns.”

“New Yorkers are understandably concerned about crime and want immediate results — but the mayor’s policies need time to take hold,” Sharpton said. “And I think we have to give him more time to turn things around.”

Adams was in Los Angeles Wednesday, speaking on a technology panel at the Milken Institute Global Conference, where he reiterated his interest in a high-tech gun detection system in the subway.

“We have to be safe,” he said. “And if you have an increasing level of terrorism, guns on our streets, innocent people being shot, and you have non-intrusive technology that’s available, this mayor is going to use it.”

The L.A. trip follows several other out-of-town jaunts during these first few months in office — including to Miami, Chicago and Baton Rouge, La.

Karen Hinton was press secretary to Mayor Bill de Blasio, often criticized for his out-of-town travel, including one trip to Iowa that caused him to miss a blackout in Manhattan. Adams’ travel “early in his term is a problem, I think,” she said in an interview.

The key, Hinton said, is to articulate why your travel benefits New Yorkers.

Of de Blasio, she said “several people cautioned him against doing too many trips, because it will hurt. Because you never know what’s going to happen the next day when your plane takes off.”