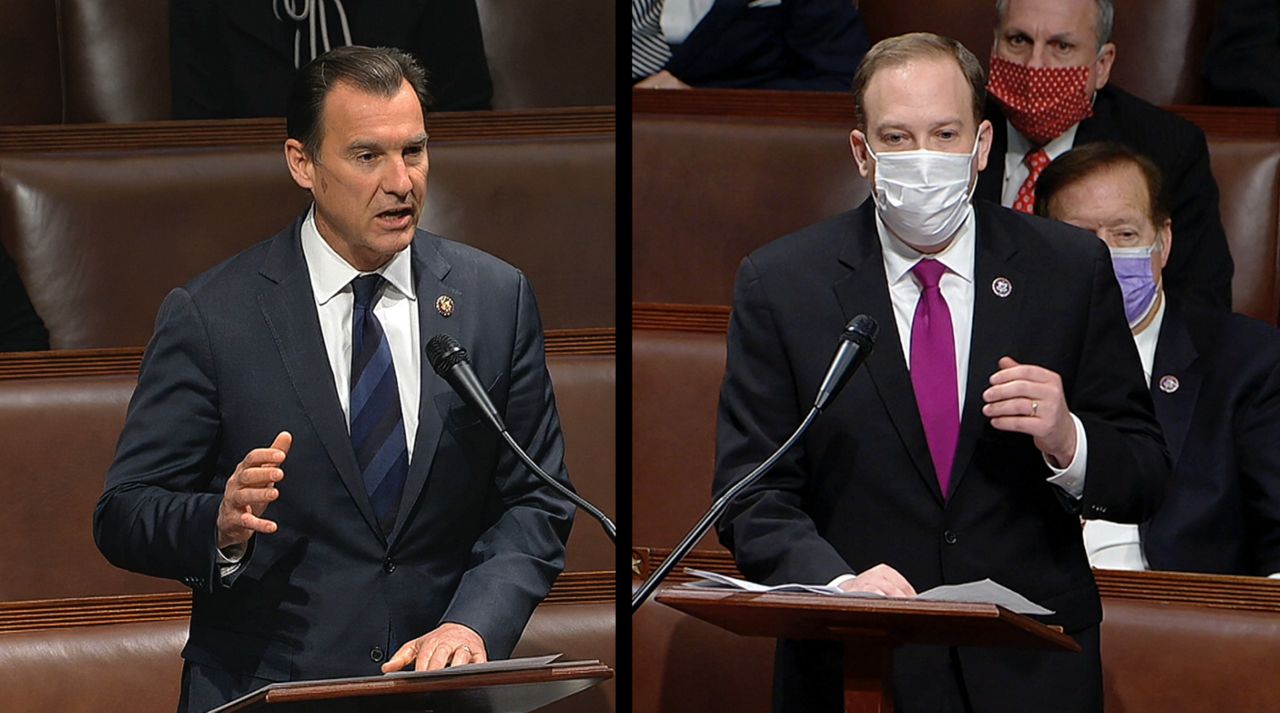 While Suozzi, a Democrat, frequently uses a pandemic-era rule to free up time from his day job to campaign for governor, Zeldin has shown up in person for most of the votes in the House so far this year.

As for the votes he missed, social media posts show that on at least two days where he skipped votes, he was at campaign related stops, including attending the state’s GOP convention and marching in the St. Patrick’s Day Parade in New York City.

Contrast that with how Suozzi is balancing his day job and his campaign.

A Spectrum News NY1 analysis published just last week shows Suozzi has had someone else vote for him 118 times this year alone through a process known as “proxy voting.”

Proxy voting is a House rule enacted when the pandemic erupted, allowing lawmakers to vote without having to be on the House floor or even in Washington. The purpose was to allow members to quarantine or avoid congregating in order to reduce the coronavirus risk.

In letters declaring his intent to vote by proxy, Suozzi cited the “ongoing public health emergency” as justification, but at times he was in fact at campaign stops across the state.

Other House members have also used proxy voting to conduct fundraising and other political activities, instead of physically voting on the House floor, according to Molly Reynolds, a senior fellow in governance studies at the Brookings Institution.

Zeldin, for his part, has cast no proxy votes so far this year, according to our analysis.

As a result, in the past three months, he missed voting on a bill suspending normal trade relations with Russia and another bill making lynching a federal hate crime, among other legislation.

In a statement, a spokesman for Zeldin said that, “Since joining the House of Representatives in January 2015, Congressman Zeldin has one of the highest attendance records for floor votes in all of Congress.”

"His Committee hearing and voting records are also nearly 100%,” the spokesman added.

Why does it matter if lawmakers are in fact in Washington, D.C.?

“It’s not just that members miss out on that deliberation when they’re not working together. But it feeds a perception among the public that Washington is a bad place,” Reynolds said.

Zeldin is one of many Republicans who criticized the introduction of proxy voting two years ago. He joined more than 100 of his GOP colleagues in demanding a court step in.

That is not to say Zeldin has never voted by proxy. He did last November and December.

His office did not respond to a request for comment on why he was not physically present at those times.