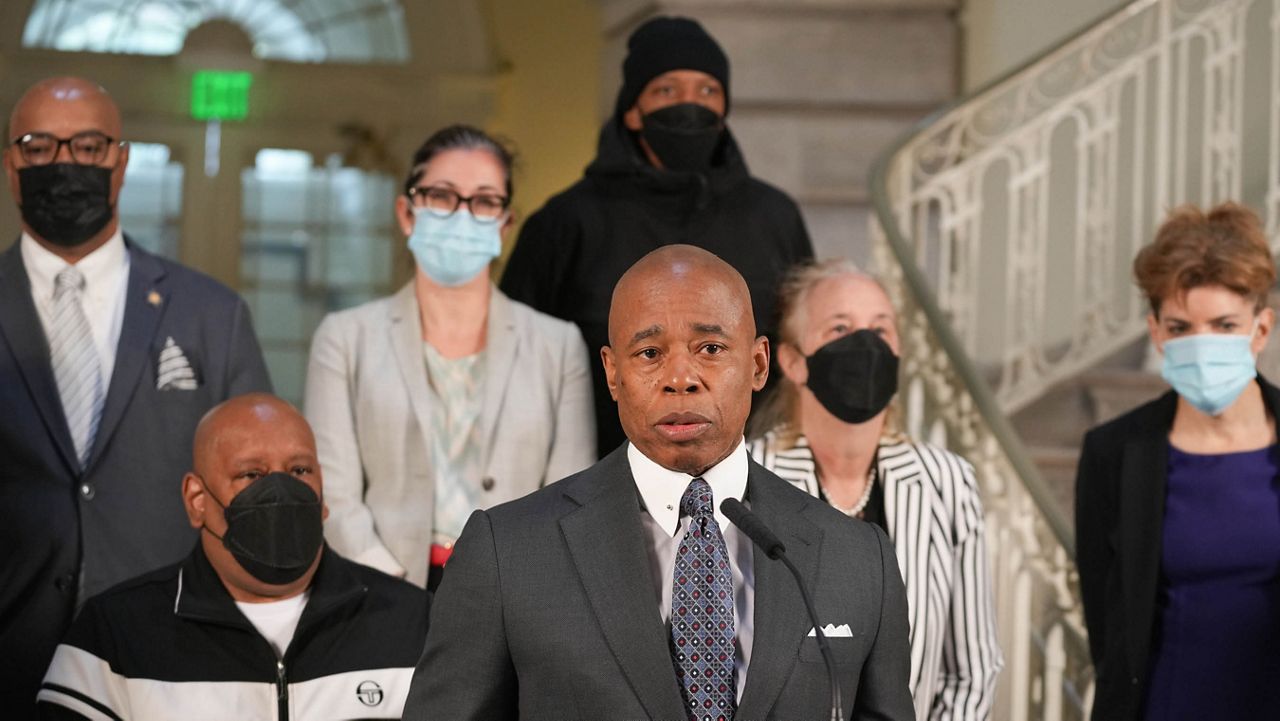 Ahead of a speech Tuesday outlining his first budget proposal, Mayor Adams is spotlighting proposed spending to combat traffic casualties and homelessness. Adams will make his speech at King's Theatre in Flatbush, where he was originally slated to give his inaugural address.

“When you look at the numbers that first week, I believe we only had 22 people we talked go into shelter, but after building trust, we’re now up to 700 people,” he said Sunday at an announcement about funding for Safe Haven shelters.

But considering that the focus of his preliminary budget was policing and street violence, there will again be eyes on how he’ll address New York’s public safety challenges in his updated budget proposal.

“This is my responsibility,” he told ABC’s “GMA3” Monday. “I believe, as I stated, public safety and justice, they are the prerequisites to prosperity.”

Adams has sought to confront gun violence and other crime head on, including with an anti-gun NYPD unit.

“When you talk about intervention, you have to use the term of giving police officers the tools to deal with violence right now,” Adams said on CBS’ “60 Minutes” Sunday.

The mayor has prioritized crime-fighting and last February released an initial spending plan marked by what he said was financial discipline, but several City Council members are stressing what they say is the need for deep investment in services to prevent violence.

“Take a look at the reason why crime is up in the subway right now and prevent that through our social programs, through our mental health programs,” City Council Speaker Adrienne Adams said Monday at City Hall.

Among the council’s requests?

“Putting forth an austerity budget now coming out of a pandemic, it’s going to set us back. We need to invest to recover equitably,” said Council Member Justin Brannan.

So far, Adams is proposing as part of his executive budget:

“The whole battle of traffic fatalities that we’re seeing in our city and we want to lean into the enforcement aspect of it,” Adams said Saturday, announcing a $904 million commitment to street safety policies.