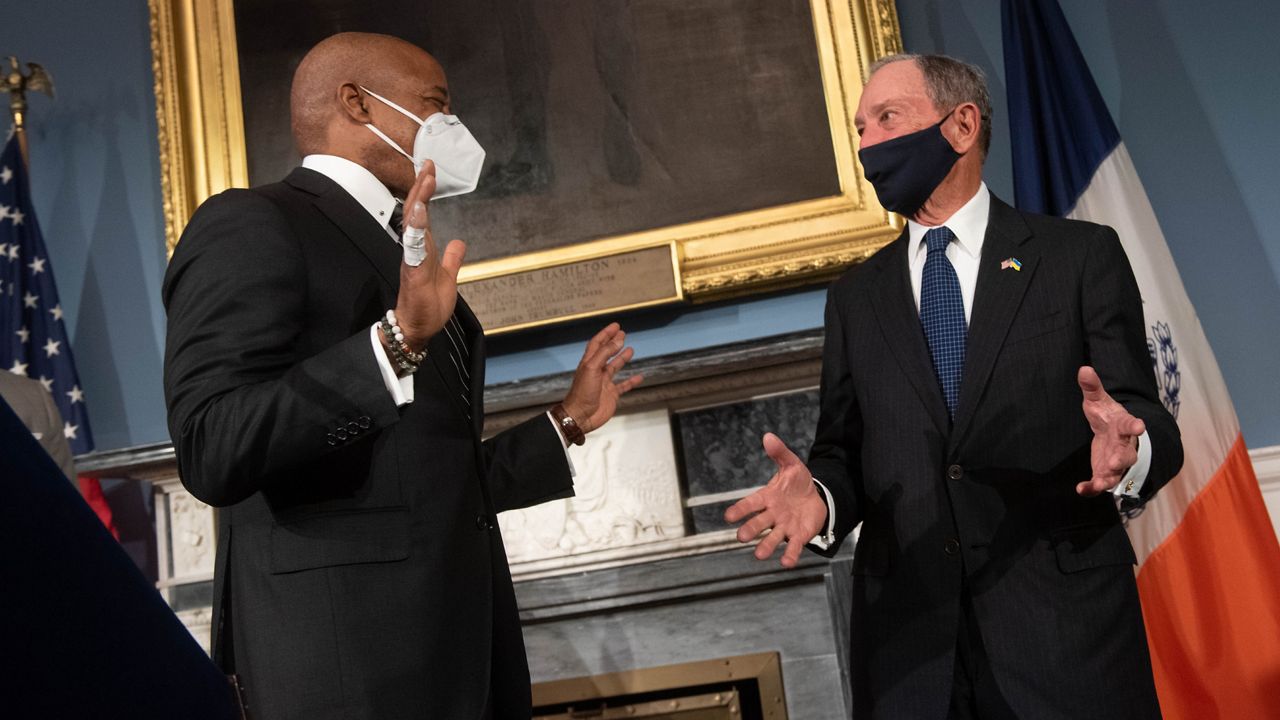 For a week, Mayor Eric Adams was stuck in Gracie Mansion, isolating with COVID-19. But that ended that ended Monday and he was quickly back on the town.

His first public appearance in person was at City Hall, joined by someone who knows the job well.

“I forgot what it was like to stand up here,” said former Mayor Michael Bloomberg, standing at the podium in the mayor’s briefing room.


Adams and Bloomberg held a joint press conference Monday morning. Bloomberg was there to announce $50 million in funding for a summer school program at charter schools.

But it was also an opportunity for the two to heap praise on one another.

“It’s great to see our administration alumni among the commissioners and senior staff,” said Bloomberg of the new Adams administration. “So I really am optimistic about the future of the city.”

“He was the modern day Paul Revere around gun violence,” said Adams of Bloomberg. “If we embraced what you were doing in cities across the country on gun violence, we wouldn’t be where we are right now.”

It’s a far cry from how Adams’s predecessor handled Bloomberg.

Bloomberg and Adams have a much better relationship. Bloomberg endorsed Adams last year and helped fundraise for his campaign.

In February, on the former mayor’s 80th birthday, Adams held a celebration at Gracie Mansion and gave him a key to the city.

“Mayor Adams appreciates Mayor Bloomberg’s perspective on how you begin to move a city out of crisis and into recovery,” Wolfson said following Monday’s event.

Adams is planning to have his predecessor into City Hall too, saying he plans to meet de Blasio in the “next few days.”

As for a reunion with former Mayor Rudy Giuliani, it’s a bit unclear.

“I reach out to mayors that I can learn a lot from,” the mayor said when NY1 asked.