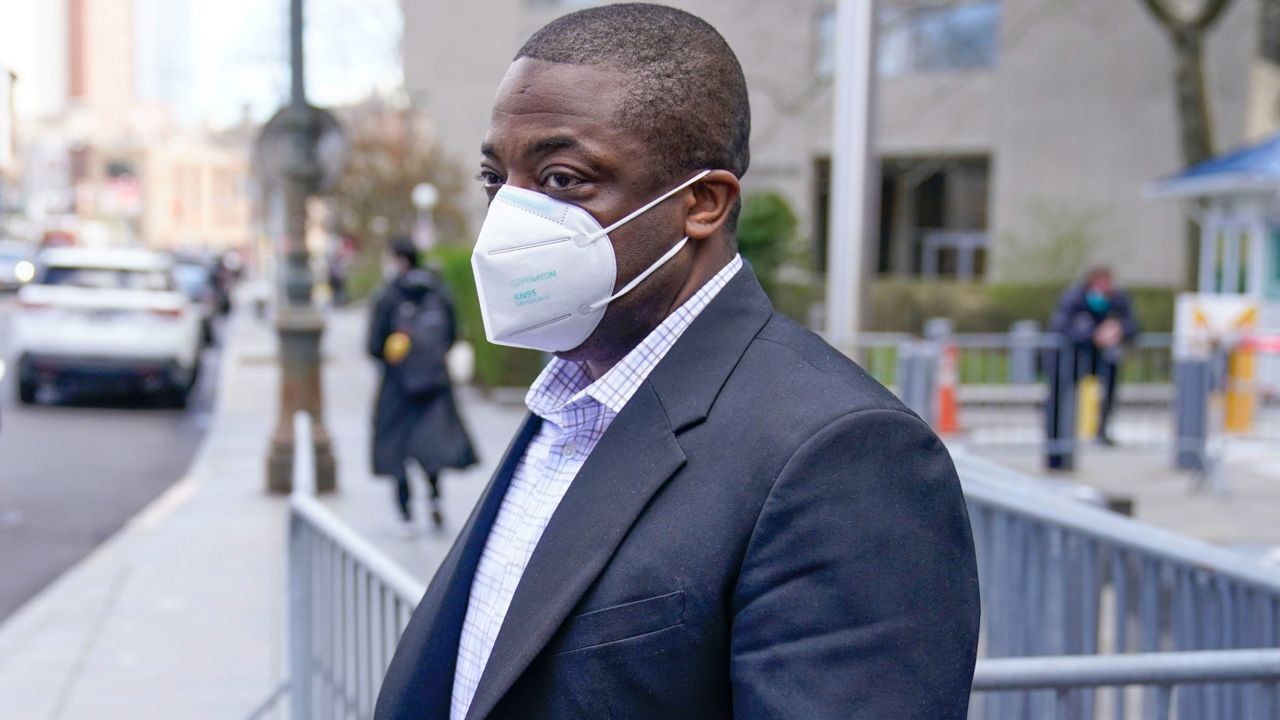 New York Lt. Gov. Brian Benjamin has resigned after he was arrested and indicted Tuesday in connection with a campaign finance scheme on charges including bribery and falsification of records.

"I have accepted Brian Benjamin's resignation effective immediately," Gov. Kathy Hochul said in a statement Tuesday evening. "While the legal process plays out, it is clear to both of us that he cannot continue to serve as Lieutenant Governor. New Yorkers deserve absolute confidence in their government, and I will continue working every day to deliver for them."

"This is a simple story of corruption," said Damian Williams, U.S. attorney for the Southern District of New York, who filed Benjamin's indictment.

The indictment accuses Benjamin of striking a corrupt bargain with a real estate developer, alleging he directed a $50,000 state grant to a nonprofit organization controlled by that real estate developer. In exchange, prosecutors allege Benjamin received tens of thousands of dollars in campaign contributions from the developer. Those contributions were directed to both Benjamin's state Senate campaign committee and campaign for New York City comptroller.

"Taxpayer money for campaign contributions. Quid pro quo. This for that. That's bribery, plain and simple," Williams said at a press conference Tuesday.

Williams alleges Benjamin also repeatedly lied to cover up the alleged scheme, including by falsifying campaign forms, misleading city regulators and lying on vetting forms he filled out before he was selected as lieutenant governor last year.

Benjamin pleaded not guilty at his federal arraignment posted bond.

His counsel said in a statement that "there was nothing inappropriate" about the $50,000 grant.

"After today’s charges, Brian will resign his duties as Lieutenant Governor and suspend his campaign. He will focus his energies on explaining in court why his actions were laudable—not criminal," the statement said. "He looks forward to when this case is finished so he can rededicate himself to public service."

.⁦@BrianBenjaminNY⁩ just exited the federal courthouse. He declined to speak with reporters who asked if he plans on resigning pic.twitter.com/bKuzHarm58

Benjamin was picked by Gov. Kathy Hochul as her running mate as she pursues a full term as governor. Hochul had been standing by Benjamin despite reports of the investigation.

As recently as Friday, Hochul told Spectrum News 1 in an exclusive interview that Benjamin's "voice is very important to me and he is going to stay with me on the ticket."

Benjamin was indicted Tuesday in connection with a campaign finance scheme. pic.twitter.com/YbsOQejHKK

Despite his resignation, removing Benjamin from the ticket would not be an easy process, according to the state Board of Elections. He cannot decline the nomination for lieutenant governor, as his last chance to do so would've been at the Democratic Pary's state convention in February. He faces a primary contest just two months from now. In New York, the governor and lieutenant governor run on separate tickets in primary races.