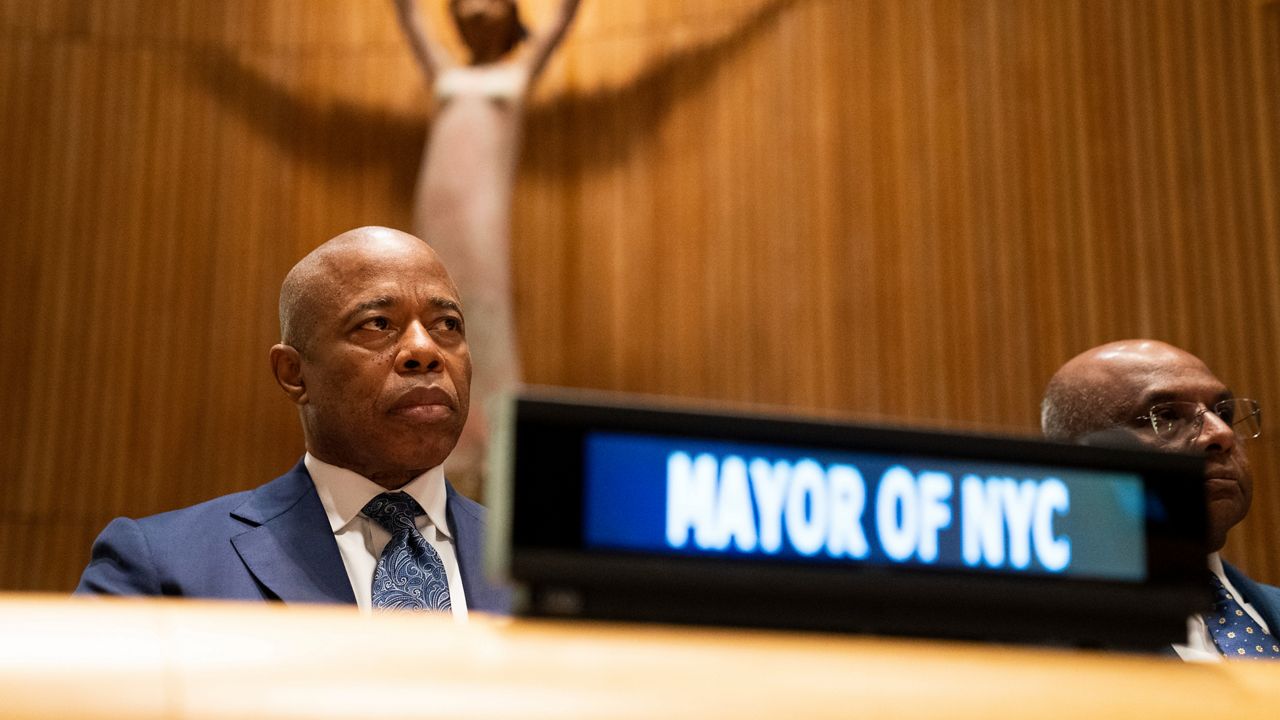 'This is an FDR moment': Adams marks his 100th day

Mayor Eric Adams marked his 100th day in office Sunday, capping off an eventful start to his term defined by public safety issues and COVID-19’s effects on the city.

“This is an FDR moment. We have some troubling indicators: unemployment, foreclosures, people who are on an eviction list, crime,” Adams said in an interview with PIX11 Sunday, adding he planned to give a speech marking his first 100 days laying out the policies he’s introduced and what his administration will do going forward.

“This is a resilient city,” Adams added. “There’s only two types of Americans: those who live in New York and those who wish they could.”

Adams has positioned himself as the city’s biggest cheerleader, previously pledging to bring “swagger” back to a New York that he says became “boring” during the pandemic.

Over the last three months, Adams has had to confront a rise in crime while encouraging people to return to the city.

Adams has also tried to crack down on homeless encampments, which has faced pushback from homeless New Yorkers and their advocates.

Adams has said that homeless residents would be better off in shelters.

“I’m not going to normalize people living in the conditions that I saw first hand,” Adams said in a radio interview Sunday. “No one can tell me it is more dignified to live on the streets in those conditions than inside a homeless shelter. I’m just not accepting that. And I want to put people into permanent housing.”

High-profile acts of violence have marked Adams’ tenure so far. From the slaying of NYPD Detectives Jason Rivera and Wilbert Mora to the shootings of children, Adams has spent much of his first 100 days responding to tragedies.

“We must utilize the manpower of the police department,” Adams said on PIX11 Sunday, noting many officers are in civilian roles. “My guys that have the gun, the shield, the vest, they need to be out protecting the people of the city.”

Though murders are down, overall crime is up and it remains to be seen if the mayor’s new policies will have an impact.

As part of his 100 days media blitz, Adams told NY1’s “Mornings On 1” Friday that authorities took more than 1,000 guns off the street since he took office.

But, the mayor said, guns being brought into the city is a problem he cannot solve alone

“There are many rivers that are feeding this sea of violence and Washington must give us the assistance that we need,” Adams said Friday.

Entering office amid the omicron surge, Adams has steadily removed vaccine and mask mandates for private businesses and schools since cases declined from their peak. As cases tick up again with the new BA.2 subvariant, Adams has remained steadfast on his desire to lead the city out of the pandemic, promising to end one of the last mandates — the mask mandate for toddlers — as soon as his health advisors deem it appropriate.