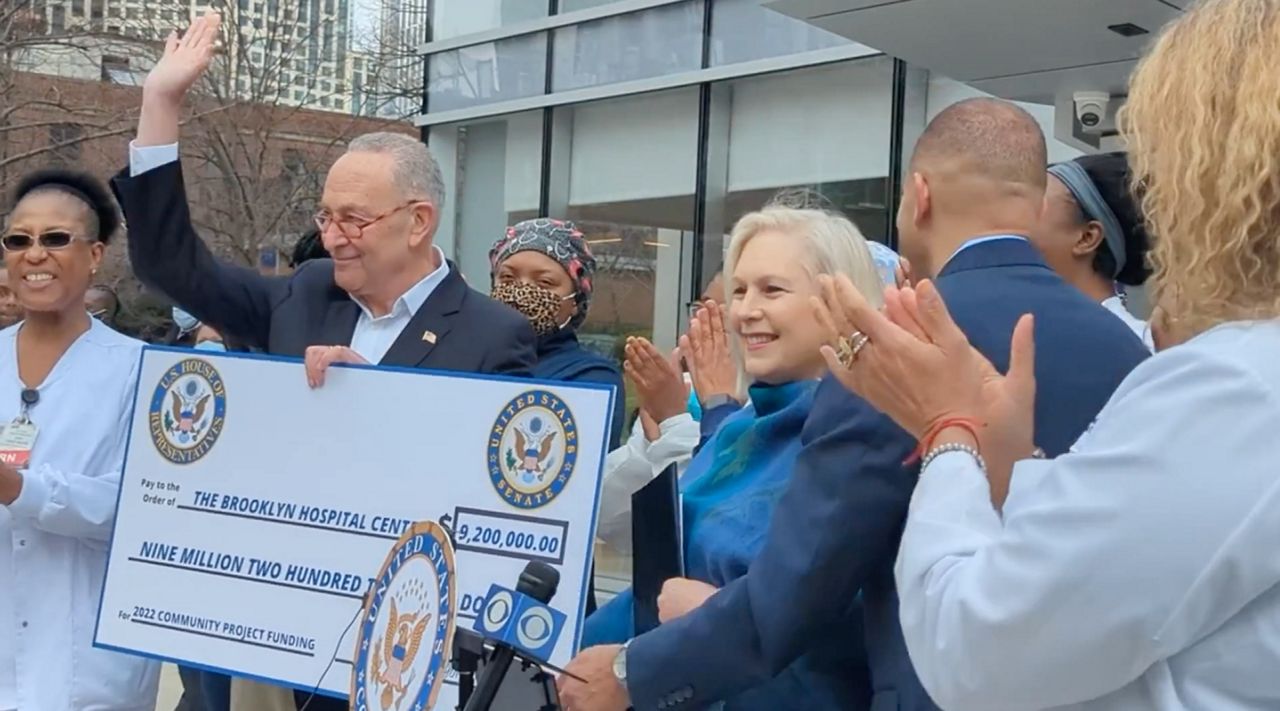 Earmarks for the Big Apple: What did NYC Congressional lawmakers get funded in this year's federal budget?

Big bucks for the Big Apple.

With the return of earmarks, members of Congress from New York scored hundreds of millions of dollars for projects back home as part of the $1.5 trillion federal budget signed into law this month.

In New York City, the Brooklyn Hospital Center is set to receive the largest check: $9.2 million to upgrade the emergency department. Rep. Hakeem Jeffries worked with both New York Senators to advocate for the money.

Among the other top-dollar items for NYC:

The earmark process allows members of Congress to secure funding for specific purposes in their district. A look back at what the city's lawmakers requested at the start of the budget season can be found here.

Earmarks went away for a decade because of abuses that sent some members to prison. They were brought back last year with reforms and new oversight, aimed at improving transparency.

“You should never judge anything by the misuses because the overwhelming majority of elected officials used these resources properly,” said Torres, a freshman congressman who secured a combined $10 million for his district.

And the city’s delegation got more than $15 million overall for various hospital and healthcare related projects, from a delivery unit at Elmhurst Hospital to behavioral health facilities at St. John’s Episcopal.

Rep. Gregory Meeks, who pushed for the St. John’s funding, said the funding will help promote health equity. “In my district in southeastern Queens, that is absolutely essential,” he said.

With lawmakers now beginning work on next year’s budget, the earmarks process begins anew — giving New Yorkers another bite at the apple.

Some lawmakers have shared the list of projects they successfully got funded in the budget bill. Those press releases are below: