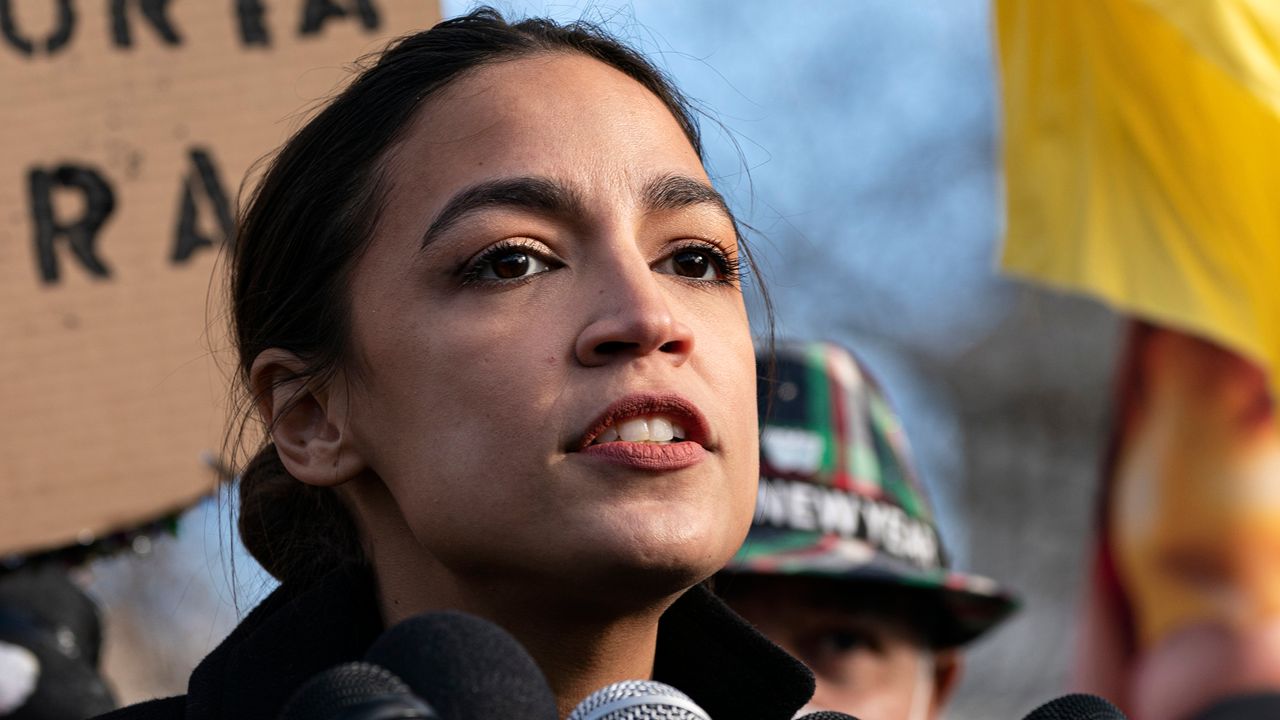 These five members of Congress from NY have student debt

Five New York lawmakers on Capitol Hill — four Democrats and one Republican — have student debt, according to an analysis by Spectrum News NY1.

Some of those Democrats are among the more outspoken members of Congress calling on President Joe Biden to cancel student loan debt.

“My wife and I come from poverty. We pursued higher education. We had to because we were teachers,” the Bronx Democrat said in an interview.

Five New York representatives have student debt between $15,000 and $250,000, according to their financial disclosures. (NY1/Kevin Frey)

“I'm proud of having had the experiences that many of my neighbors have had and that I haven't floated in this bubble,” Ocasio-Cortez said at a recent virtual town hall.

These New Yorkers are not alone in Congress - but they are by no means in the majority. Insider.com reported earlier this month that only 24 of more than 500 lawmakers on Capitol Hill are still paying off individual student loans.

“Sometimes I feel like I'm the rare member of Congress who is not independently wealthy,” Jones told Spectrum News NY1.

The amount Americans owe in college loans has ballooned over the past decade, with one estimate putting the total at $1.7 trillion and growing.

On Capitol Hill, progressives have repeatedly urged Biden to tackle the crisis head on. For example, Jones and Bowman frequently tweet, calling on the White House to cancel student debt. Sen. Charles Schumer also is among those outspoken in urging cancellation.

Today would be a great day for President Biden and Vice President Harris to #CancelStudentDebt.

Several of these New York lawmakers told Spectrum News NY1 they do not see their own personal student debt as posing a conflict of interest, instead arguing it provides an important perspective, allowing them to better understand the crisis their constituents are facing.

“Does it affect my lawmaking? Yes, it does. Because I know what it's like. I know the balances that people are dealing with,” Ocasio-Cortez said.

“There are so many people who were preyed upon and took out loads of student debt,” Bowman said.

Biden has declined to act unilaterally, urging Congress to send him a bill. But legislation faces steep odds in a closely divided Congress.

“I don’t know why I deserve to have my debt canceled more than somebody who just paid all their loans back or compared to someone ten years from now who is going to have student loans,” he said.

He says more should be done to curb high interest rates on loans and the cost of college.