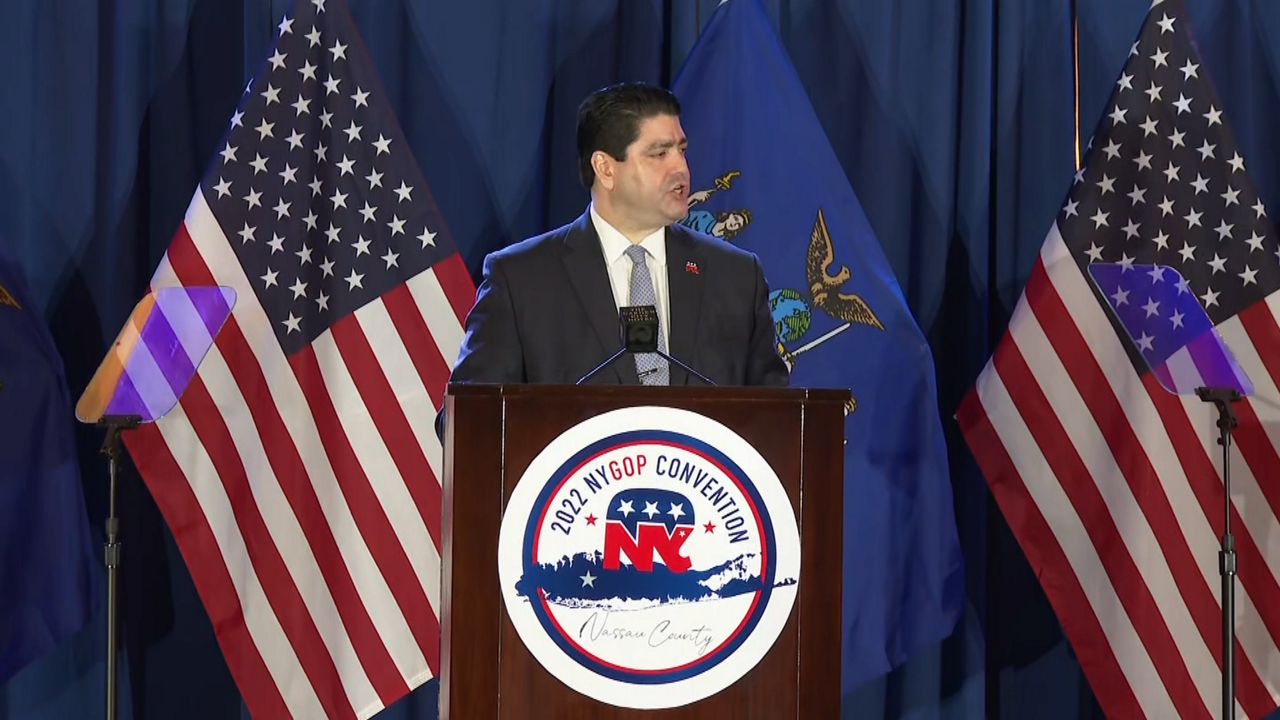 The two candidates are not well-known – even in their own party – but New York State Republicans on Monday picked their nominees for state attorney general and state comptroller, hoping that a national red wave in November can help them unseat two Democratic incumbents: Attorney General Letitia James and Comptroller Thomas DiNapoli.

Although some of the candidates weren’t even known to be running until late this month, Republicans came away Monday with two designees for the statewide offices: Michael Henry for attorney general and Paul Rodriguez for comptroller.

Rodriguez, a Wall Street veteran, hit a familiar note on the first day of the Republican's nominating convention about why he thinks voters will reject Democrats this fall.

“Currently the state of New York is facing a deep fiscal and economic crisis,” Rodriguez said. “Businesses that once thrived in our state and provides well-paying jobs, stability and a good standard of living for New Yorkers have left due to high taxation and erosion of services and public safety.”

For attorney general, Republicans had their candidate, attorney Michael Henry already selected. But they still allowed his challenger to address the state party, something Democrats did not do at their convention earlier this month.

“The next attorney general must have the political and managerial experience needed to take on this awesome responsibility. I believe that I have all those qualities,” said candidate John Sarcone.

But in the end, Sarcone dropped out of the race and Henry received the designation by voice decree.

“The ayes have it,” said party Chairman Nick Langworthy. “And Michael Henry is our designee for the public office of New York State Attorney General.”

Henry, a Queens-based attorney says one-party rule by Democrats needs to come to an end.

“Nothing is going well by any measure. Everywhere we look, what do we see? We see destruction. We see crime, we see death. And that’s all because of one party Democratic control of this state," said Henry.

Monday evening, Republicans are hearing from special guest speaker Kristi Noem, the governor of South Dakota, at a location offsite. And on Tuesday, the nominations for governor and lieutenant governor will return to the Garden City Hotel on Long Island.