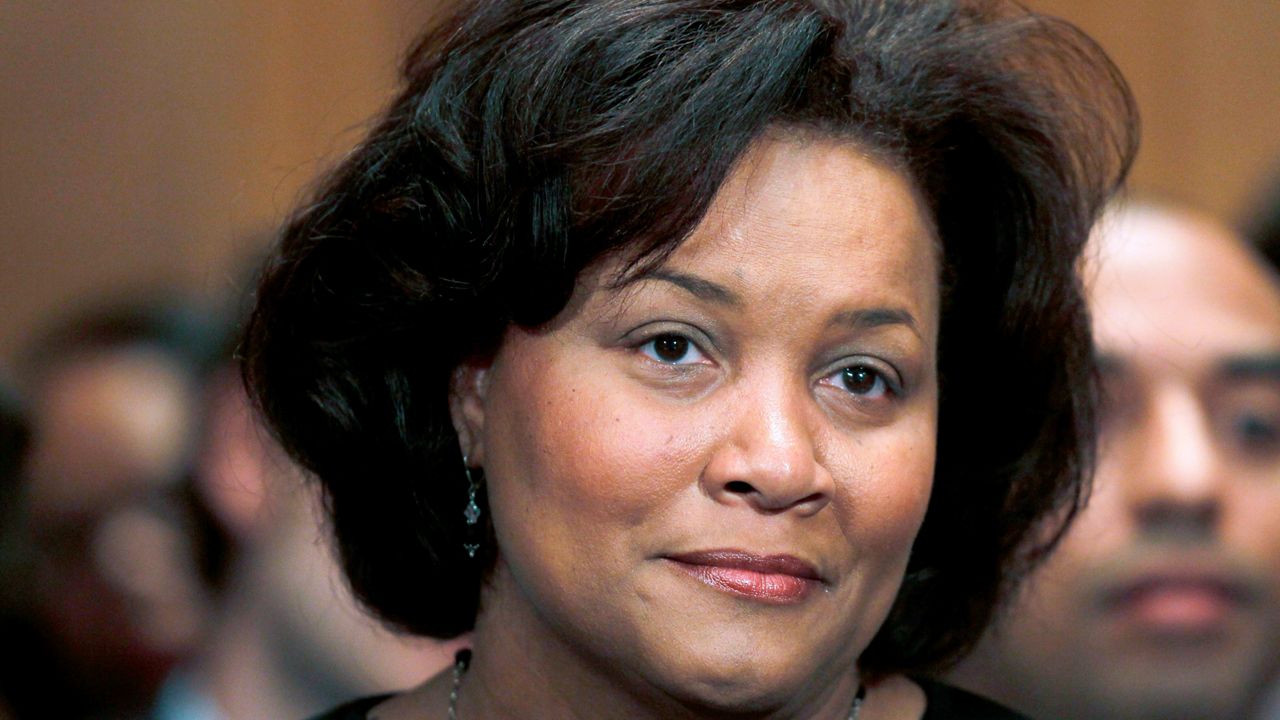 Now that Supreme Court Justice Stephen Breyer has announced he will retire this year, President Joe Biden must now search for his successor.


Biden vowed on the campaign trail in 2020 to nominate the first Black woman to the court if he were given the chance, and has reiterated that promise since news of Breyer's retirement emerged.

“The person I will nominate will be someone with extraordinary qualifications, character, experience and integrity and that person will be the first black woman ever nominated to the United States Supreme Court,” Biden said at an event last week. “It's long overdue in my opinion, I made that commitment during the campaign for president, and I will keep that commitment.”

"To see more representation on the Supreme Court is huge and we are having a particular moment in time where Black women are better represented," Brown told Spectrum News.

Among those judges Biden is considering include Ketanji Brown Jackson, Michelle Childs and Leondra Kruger, all impressive choices, Brown said.

Some Republicans have been critical of Biden's announcement, despite the fact that he has not yet announced his nominee, but Democrats and other GOP lawmakers have said it's long overdue.

Here is a look at six potential candidates Biden might nominate for the looming vacancy on the high court:

Many political observers are calling Jackson the frontrunner to replace Breyer. Jackson, 51, was appointed last year by Biden to the U.S. Court of Appeals in the District of Columbia, a court considered a springboard to the Supreme Court.

Popular among progressives, Jackson had spent the previous seven years on the federal trial court in Washington, D.C., and also served 2½ years on the U.S. Sentencing Commission, appointed to both by former President Barack Obama. She also worked as a clerk to Breyer.

Jackson was born in Washington and raised in Miami. She attended both undergraduate and law school at Harvard University.

With some Republicans threatening to block any Biden Supreme Court nominee if they win back the Senate in the midterms, the pressure is on the president to find a nominee who will sail smoothly through the confirmation process. The fact that Jackson was recently vetted by the administration and confirmed by the same Senate last year could be factors in Biden’s decision. She received a 53-44 vote in the Senate, with three Republicans – Sens. Susan Collins, R-Maine, Lisa Murkowski, R-Alaska, and Lindsey Graham, R-S.C., supporting her confirmation earlier this year.

Also widely considered to be among the frontrunners, Kruger, 45, has served on the California Supreme Court the past seven years. From 2007-13, she was as an assistant to the U.S. solicitor general and later acting principal deputy solicitor general, arguing 12 cases before the Supreme Court on behalf of the federal government.

According to Law.com, Kruger twice turned down offers from the Biden administration to become solicitor general.

Kruger has a reputation as a moderate incrementalist, telling the Los Angeles Times in 2018 that her approach to the law “reflects the fact that we operate in a system of precedent.”

Kruger earned her bachelor’s degree from Harvard and her juris doctor from Yale University.

Childs, 55, has served as a U.S. district court judge in South Carolina since 2010 and was nominated last month by Biden to the federal appeals court in D.C.

She has a vocal advocate in Rep. Jim Clyburn, D-S.C., a close ally of Biden’s. Last February, even when there was no Supreme Court vacancy, Clyburn was reportedly talking up Childs as a possible Supreme Court pick.

“She is the kind of person who has the sort of experiences that would make her a good addition to the Supreme Court,” Clyburn told The New York Times.

Her appointment could send a strong message about the quality of the nation’s public universities.

“One of the things we have to be very, very careful of as Democrats is being painted with that elitist brush,” Clyburn said.

Childs also has the vehement support of South Carolina Sen. Lindsey Graham, a Republican who could be a crucial swing vote toward confirming Biden's nominee.

Sen. Graham lavished praise on his fellow South Carolinian Judge Childs during an appearance on CBS’ “Face the Nation.”

"I can't think of a better person for President Biden to consider for the Supreme Court than Michelle Childs,” Graham said. “She has wide support in our state, she's considered to be a fair-minded, highly gifted jurist. She's one of the most decent people I've ever met.”

“She's highly qualified,” he added. “She’s a good character, and we'll see how she does if she's nominated. But I cannot say anything bad about Michelle Childs. She is an awesome person.”

Graham pushed back on some of his fellow Republicans, who are crying foul over President Biden's pledge to nominate a Black woman, citing former President Ronald Reagan’s nomination of Sandra Day O’Connor, the first female Supreme Court justice.

“President Reagan said running for office that he wanted to put the first female on the court,” Graham said. “Whether you like it or not, Joe Biden said, 'I'm going to pick an African-American woman to serve on the Supreme Court.”

“And as to Michelle Childs, I think she is qualified by every measure,” he added.

Gardner, the sister of Georgia gubernatorial candidate Stacey Abrams, has been a U.S. district court judge in the Peach State since 2014, appointed by Obama. Prior to then, she served as a federal prosecutor in Georgia.

Since losing the 2018 Georgia gubernatorial race, Abrams has emerged as a prominent voting rights advocate in a state that former President Donald Trump and his allies falsely claim was plagued by widespread voter fraud in the 2020 presidential election.

Due to Gardner’s relationship to her sister, some Republicans have attacked some of the judge’s rulings. Such criticism could resurface in confirmation hearings. 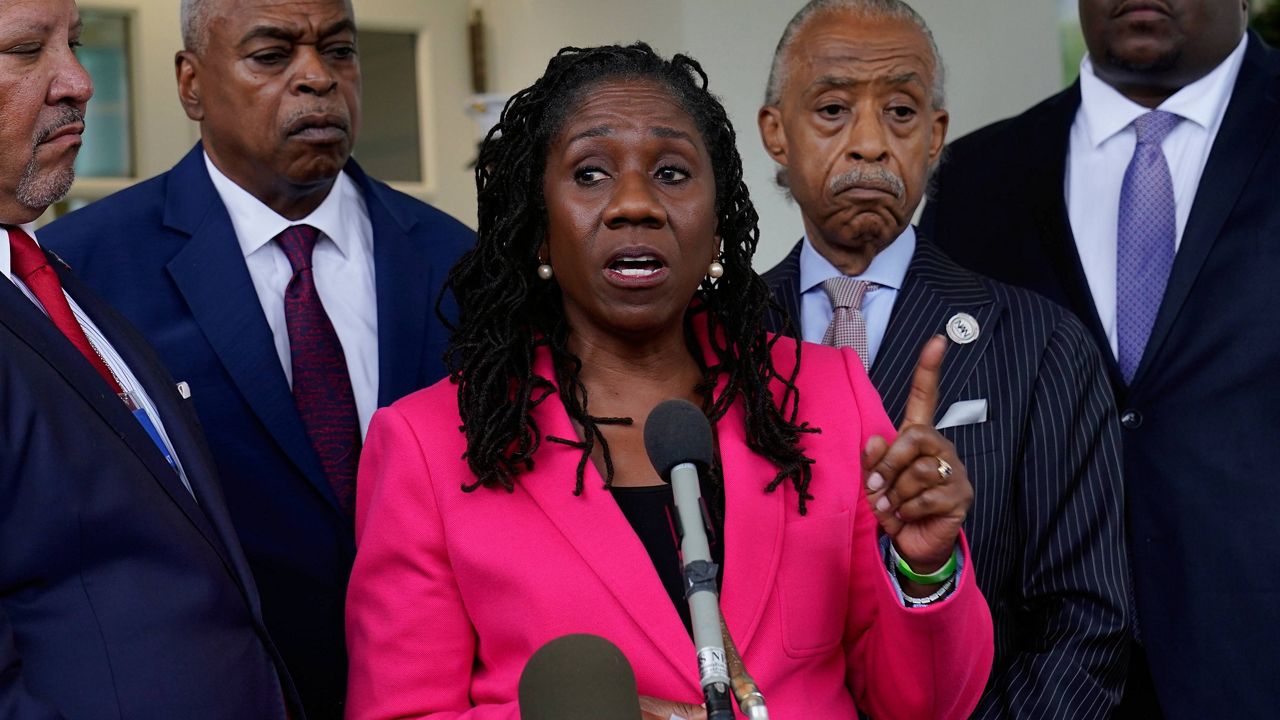 Ifill, 59, is one of the country’s best-known civil rights attorneys, having led the NAACP Legal Defense and Educational Fund since 2013. In November, she announced that she will step down as the organization’s president and director-counsel.

Ifill also has served as a law professor at the University of Maryland and fellow at the American Civil Liberties Union.

A federal district judge in Minnesota, Wright’s legal education began when she was a child and her mother fought on her behalf to desegregate schools in her native Virginia.

"It is that experience that really informs my understanding of what it means to be a justice and a judge in Minnesota," Wright told the Star Tribune in 2012.

Wright, 58, was appointed a federal judge in 2016 by Obama. Prior to then, she served on the Minnesota Supreme Court. She was the state’s first Black female justice.

Wright is a graduate of Yale and Harvard Law School.