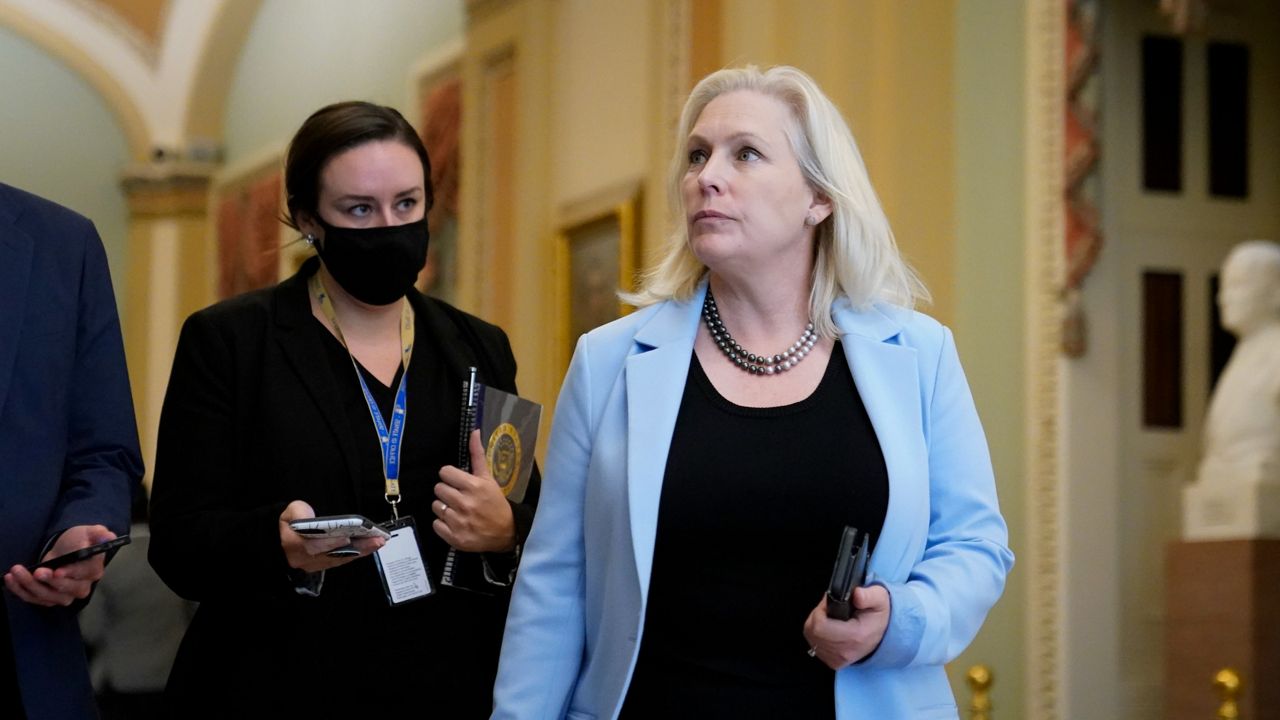 New York Sen. Kirsten Gillibrand is pledging to keep up the fight for sweeping military justice reforms, after her overhaul proposal was left out of a major annual defense bill.


On Wednesday, she blasted the process by which the bill — the so-called NDAA — was put together by the leaders of the House and Senate Armed Services panels, saying they gutted the reforms when finalizing the legislation. She also pointed some blame at the Pentagon itself.

“They want the reform to be as minimal as possible. They prefer the status quo,” she said of the Department of Defense.

For years, Gillibrand has spearheaded an effort to change how the military handles cases of sexual assault, murder, and other serious crimes, removing them from the chain of command.

Her proposal has rare bipartisan support in the Senate, with enough backers to avoid a filibuster.

Her fight only intensified in recent months, as she sought to slip the plan into must-pass, yearly defense legislation.

But when the final draft of that bill was released this week, Gillibrand panned it as falling dramatically short.

While the bill does include some alterations to the military system, Gillibrand argues it will not truly help victims get justice. She says, among other things, it still leaves commanders with a big role to play, thereby continuing to open the door to problems.

“If you are a survivor who believes that the commander is never going to believe you or take you seriously, you may not ever report, because the commander is still in charge,” she continued.

.@gillibrandny leading a press conference, argues the military justice provisions included in the #NDAA do not go far enough. Expresses concern commanders will still have too big a role.

Says they will continue to call for an up or down vote on her more sweeping proposal. pic.twitter.com/ImWCOUZvyt

The U.S. House of Representatives already has passed the final version of the bill, with the Senate poised to adopt it in the coming days.

Citing the justice provisions, Gillibrand told reporters Wednesday she will vote "no" on the defense bill when it comes up for a vote in the full chamber.

Gillibrand says for now she will continue to call for the full Senate to take an up or down vote on her overall proposal, something she has already done multiple times over the past few months without success.

On Wednesday afternoon, Gillibrand took to the floor again to ask for a standalone vote on her plan. Her request, as it has been before, was blocked.