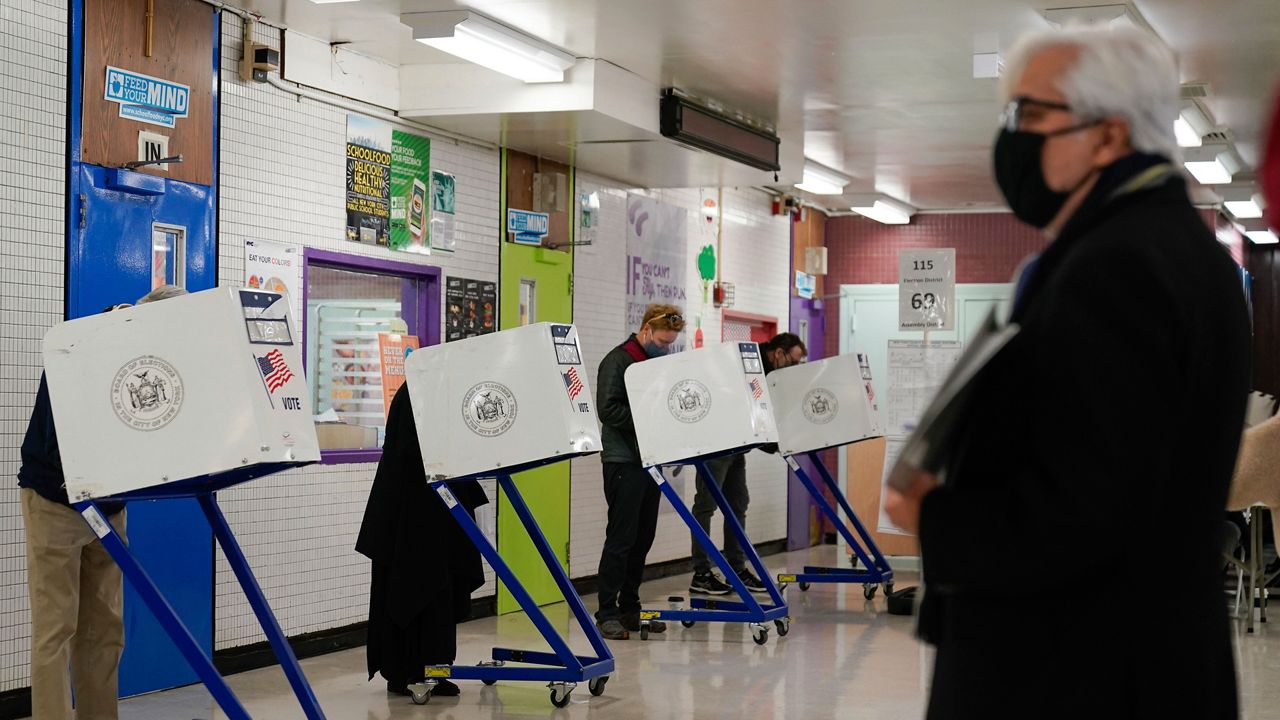 NEW YORK — We knew unofficially on Nov. 2 that Eric Adams won the race for mayor, but those results are now legal.

The city Board of Elections on Tuesday certified numbers that show Democrat Adams defeated Republican Curtis Sliwa by a landslide.

But those numbers also show the lowest voter turnout in some time.

Adams won the race for mayor with 66% of the vote citywide compared to Sliwa's 27%, though Sliwa won Staten Island with 65% of the vote there (Adams had 28%).

Adams did best in Manhattan, where he had 79% of the vote versus Sliwa's 14 percent. Adams had strong showings in Brooklyn and the Bronx as well, although the race was closer in Queens, where Adams secured about 59% of the vote.

Staten Island led all other boroughs in terms of turnout, although the numbers were still low: