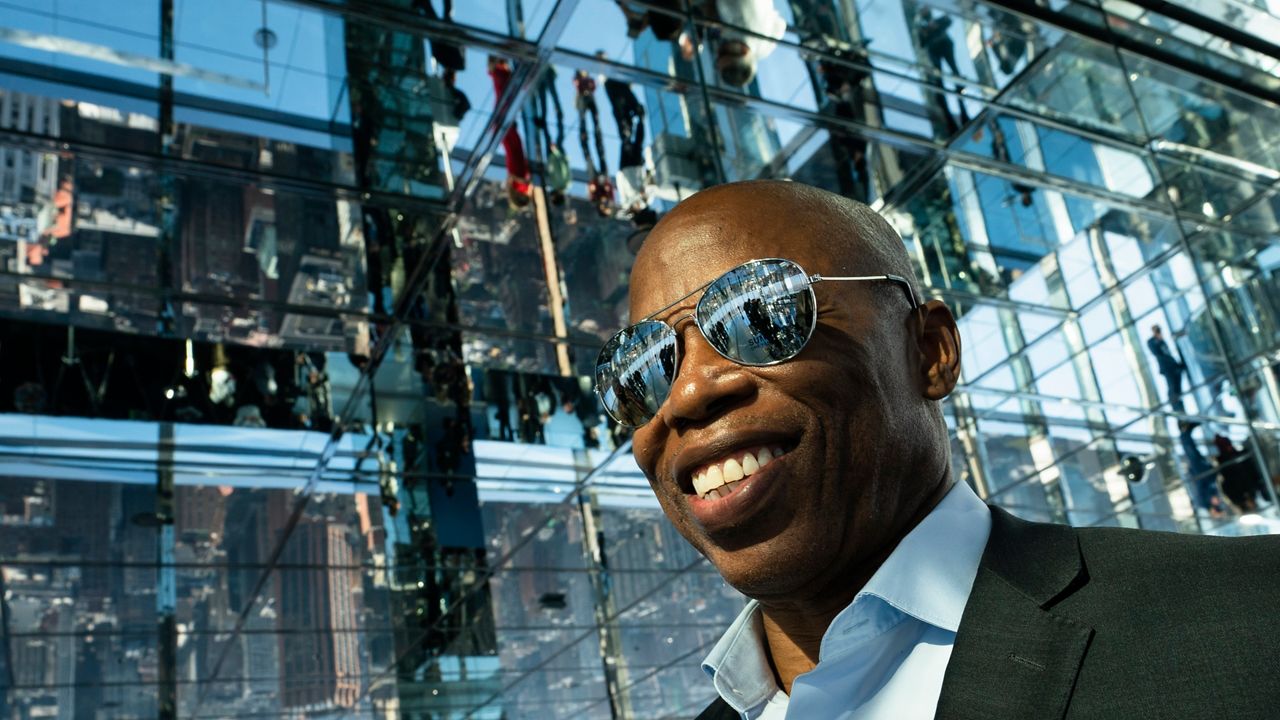 An Oct. 21, 2021, file photo of Democrat Eric Adams at the grand opening of SUMMIT One Vanderbilt in Manhattan. AP Photo/John Minchillo.

Adams loves the nightlife, but it's about more than boogie

NEW YORK — He loves the nightlife.

But it’s not all boogie.

“When you’re out at night, it helps decrease crime. It attracts tourists to the city. That industry is a multi-billion-dollar industry,” Mayor-elect Eric Adams told NY1 in one-on-one interview.


As the incoming so-called “nightlife mayor,” Adams is hoping his advocacy of the after-hours scene can turbo-boost the city’s economic recovery post-COVID-19.

And the more people are out, the more jobs are created.

“Each time we spend revenue in a restaurant, we’re making sure that a dishwasher, a cook, a bartender and a waiter is employed,” he said. “Each time we go to a Broadway play, we are helping out all those people who are inside there.”

Adams went out hard on Election Night, toasting his win at a celebrity-laden after-party at Zero Bond and hitting up two more spots.

He was also onstage for the 25th anniversary of “Chicago.” He gave away tickets to the Broadway show during his appearance on CBS’s “The Late Show With Stephen Colbert,” where he talked about being part of New York’s night scene.

“I must test the product. I have to be out,” Adams told host Stephen Colbert.

NY1 spoke exclusively with Adams on a recent late night after a charitable dinner he attended at the Museum of Natural History.

The city actually already has a “night mayor”: senior executive director of the Office of Nightlife Ariel Palitz.

The person who once held the role in Amsterdam, Mirik Milan, was the first night mayor globally. He coordinated efforts that drove down crime and brought in revenue. They included 24/7 venues. Key is having options beyond drinking.

Olympia Kazi, vice chair of the city’s Nightlife Advisory Board, says offerings must focus on equity and access, with evening library hours as one example.

“This city needs to have 24/7 affordable opportunities, both for people to go to and for artists to be able to work there — paid properly,” Kazi emphasized to NY1.

For Adams, being visible at night does mean acknowledging those working while most are sleeping.

As for where he lays his head at night after being out and about for most of it? Adams chuckled at the question.

“I’m going to be in Bed-Stuy, or I may stop by Borough Hall and just put my feet up, because I’m going to start my day early tomorrow,” he said. “I’m just as flexible as the city. I’ll be in New York.”