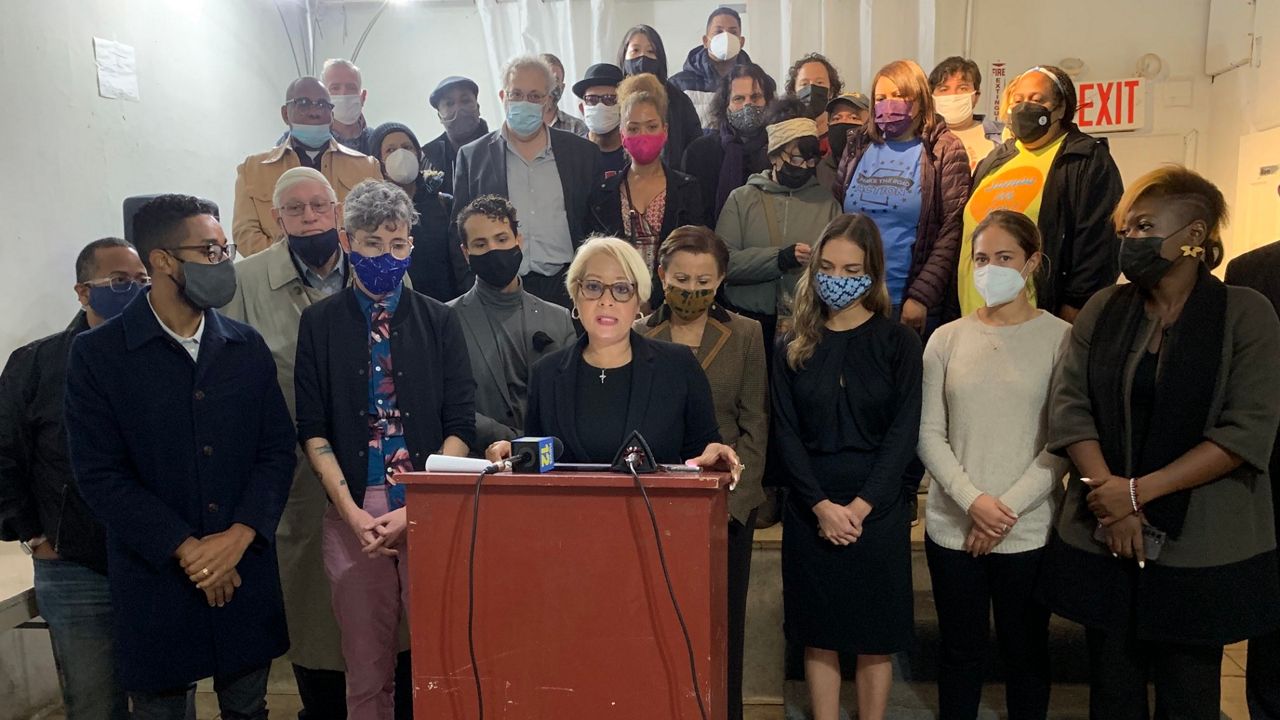 NEW YORK — A deep rift has opened up within the Brooklyn Democratic Party, pitting Latinos against Black leaders, and reformers versus what they call the machine.

“We want change in the party," the Brooklyn Democrat Davila said at the news conference. "We want inclusiveness in the party. We have not had that in a very long time.”

There have long been tensions between the county organization, which controls the party, and reformers who want more of a voice in leadership.

But during a Zoom meeting of the Kings County Executive Committee earlier this week, some of the fault lines became racial as well. Davila was cut off by the party chair and her handpicked parliamentarian. A video was posted to Twitter, causing more controversy:

Davila: The racial attacks must stop.

Speaker: Assemblywoman Davila, I have the floor.

Davila: But I had the floor and you muted me.

Davila said she was later insulted and called “stupid.”

“We will not allow, at this moment in time, for anyone to disrespect anyone," Democratic Congresswoman Rep. Nydia Velazquez, who represents parts of Brooklyn, said at the news conference with Davila. "Particularly when that disrespect comes from a minority woman toward another minority woman."

Davila claimed she was not allowed to speak.

“You can remove me all you want. But I’m not going anywhere. And I’m not stupid, ok?” Davila said at the virtual meeting.

People who attended the virtual meeting said things got off on the wrong foot. Edu Hermelyn, a district leader who is also Bichotte Hermelyn’s husband, sung part of a song that contained a vulgar lyric.

Hermelyn said he didn’t understand the double meaning of the lyric, which was in Spanish, a language he does not speak.

“I truly apologize to the Assembly Member, and all of my colleagues and anyone else I’ve offended from that verse," Hermelyn said. "It was definitely unintentional.”

NY1 caught up with Mayor-elect Eric Adams, a strong supporter of Bichotte Hermelyn and a product of the machine himself. He defended her leadership.

In statement, Bichotte said, “My priority continues to be on protecting the borough from GOP threats and uniting the Party to elect diverse Democrats up and down the ballot. Executive Committee meetings follow Robert’s Rules of Order to ensure they’re conducted inclusively, fairly, and orderly. Let’s follow the rules and focus on Democratic inclusion instead of divisional criticisms that don't hold water."

This is not the first time divisions have risen to the surface within the Brooklyn Democratic Party. The question really is whether anything changes going forward. Adams will likely be tasked with trying to broker peace between the two warring factions.