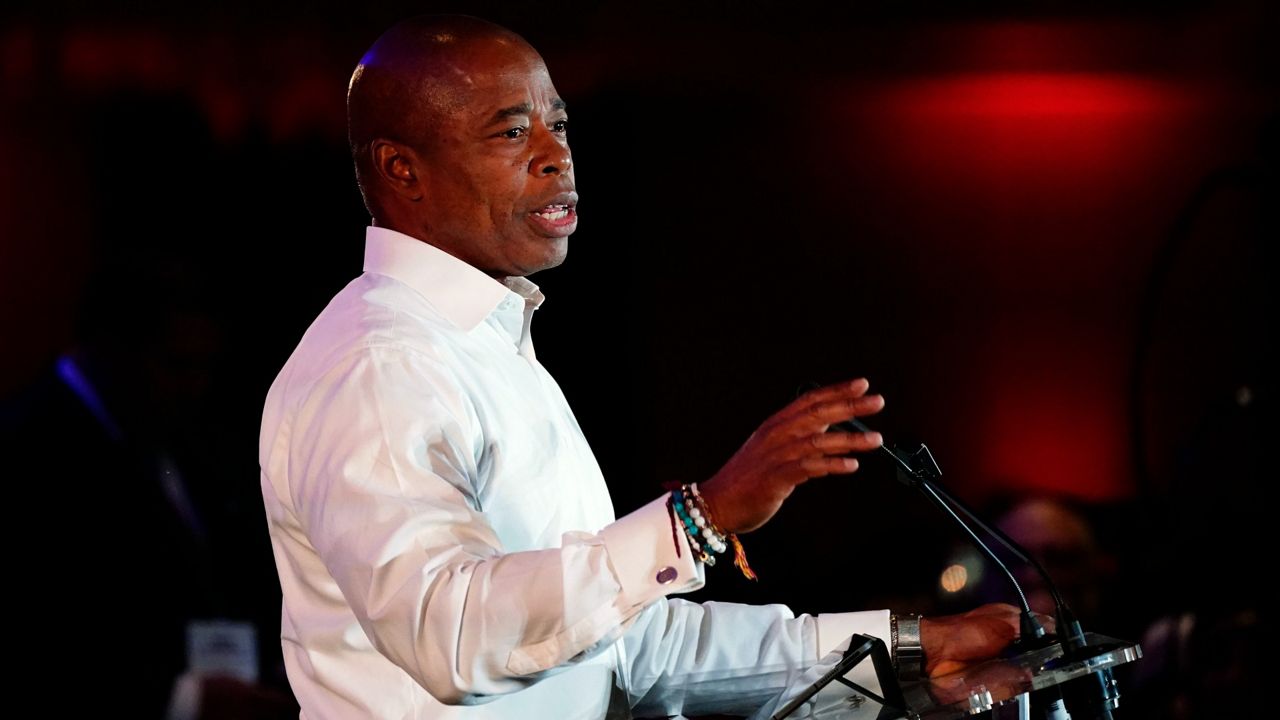 NEW YORK — Mayor-elect Eric Adams has assembled a transition team that includes the president and CEO of United Way of New York City, the chancellor of the City University of New York, the head of a major labor union and the CFO of Goldman Sachs, he said Wednesday.

The current Brooklyn borough president said in a press release that United Way of New York City President and CEO Sheena Wright and nine co-chairs will lead the transition.

“I’m proud of the diversity," Adams said in an interview on WNYC's "The Brian Lehrer Show." "We have a large number of people from the private sector, the business sector, those who are service providers.”

Katie Moore, who was Adams’ campaign manager, will serve as executive director of the transition, and Meaghan Brown has been appointed chief operating officer. The rest of the transition team will be announced “soon,” the release noted.

“Day one, my administration will be prepared to tackle the multiple crises facing New York, ready to fight crime, COVID, economic uncertainty and inequality while renewing the spirit of our great city,” Adams said in a statement.

“Over the coming weeks, my transition team will turn my policy goals into actionable plans, recruit and vet talented candidates for senior positions, and absorb input from thought leaders, experts and everyday New Yorkers,” he added.

Adams on Wednesday also launched a transition website seeking applicants for positions within his administration.

In his WNYC interview, he said he was looking for candidates with both professional credentials and emotional intelligence.

"I want to have people that are leading these agencies that understand that we must be compassionate, caring, empathetic to the people who are walking through our doors and those who are employed in our agencies," the Democrat said.

The mayor-elect’s announcement came days after he met with political and business leaders on back-to-back trips to Puerto Rico and the Dominican Republic.

Jennifer Jones Austin co-chaired Bill de Blasio’s transition team in 2013 and described a job that was grueling and hugely consequential.

"There is nothing ceremonial about it," Jones Austin said. "It is all hands on deck. In some instances it feels a little bit like baptism by fire. A lot of work to be done in a very finite period of time."

Adams also weighed in on some policy questions Wednesday. He says he loves the proposal to cap the Cross-Bronx Expressway and build green space on top. And he said he supports expanding Citi Bike into places like Staten Island — though he also said he would like to see competition, meaning the city could eventually be home to multiple bike-share companies.