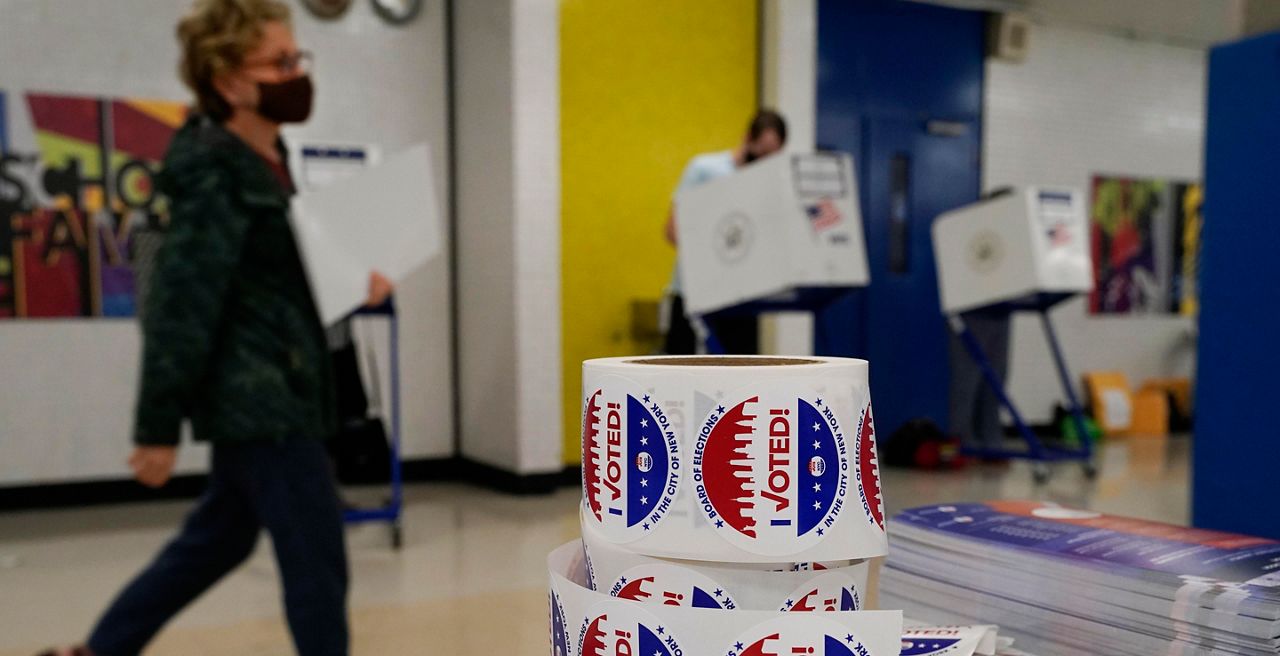 Voters were given five chances to make changes to New York’s constitution, but three out of the five ballot propositions were rejected by voters.

At least two of these rejected ballot proposals, which deal with voting changes, are heavily backed by Democrats across the country and Democrats outnumber Republicans in New York by more than 2 to 1.

Both Blair Horner with the New York Public Interest Research Group and Senate Minority Leader Rob Ortt say it all came down to messaging.

“The only TV ads I saw were those launched by the Conservative Party,” Horner said. “So if the Democrats were spending money on that, then in any significant way, I don't know where it went. It may well be that the Democrats were not as enthused about advancing it as they were doing other things.”

“I think there was a real push to educate voters, so that cannot be overstated enough,” Ortt explained. “The other side, I think wanted to call as little attention to them as possible. That was their strategy it seemed like and that did not work.”

The first ballot proposal would have made changes to the redistricting process.

Good government groups were split on this ballot proposal.

The third ballot proposal would have allowed lawmakers to pass a bill so there could be same day voter registration.

And the fourth ballot proposal would have allowed anyone to request an absentee ballot.

New York has some of the most restrictive voting laws in the country, so ballot proposals three and four would have let the state join at least 20 other states that have more expansive voting right laws.

He pointed to increased Republican voter turnout and said this shows Republicans have a real shot in statewide elections this next year.

“Last night to me just confirms that we need to stay on message, that we're on the right side of the issues and we're going to keep pushing,” Ortt said.

Although the three ballot proposals were shot down by a significant margin in some cases, there was also a certain percentage of voters who left the questions blank which could mean either voters couldn’t decide or they forgot to flip over their ballot.

Horner says this again comes back to the lack of education on these ballot propositions.

“If people and voters aren't educated about the questions, then they're not going to look for them,” Horner explained. “So even a low percentage, 14% (who left the ballot blank) is still a lot right, particularly in a low turnout election.”

What’s next for Ballot Propositions 1, 3 and 4?

Since they are constitutional amendments the process starts over.

Both proposals will have to be voted on again by two separately elected legislative bodies, before they can go back on the ballot.

This means the soonest voters will see these proposals again will be 2023.