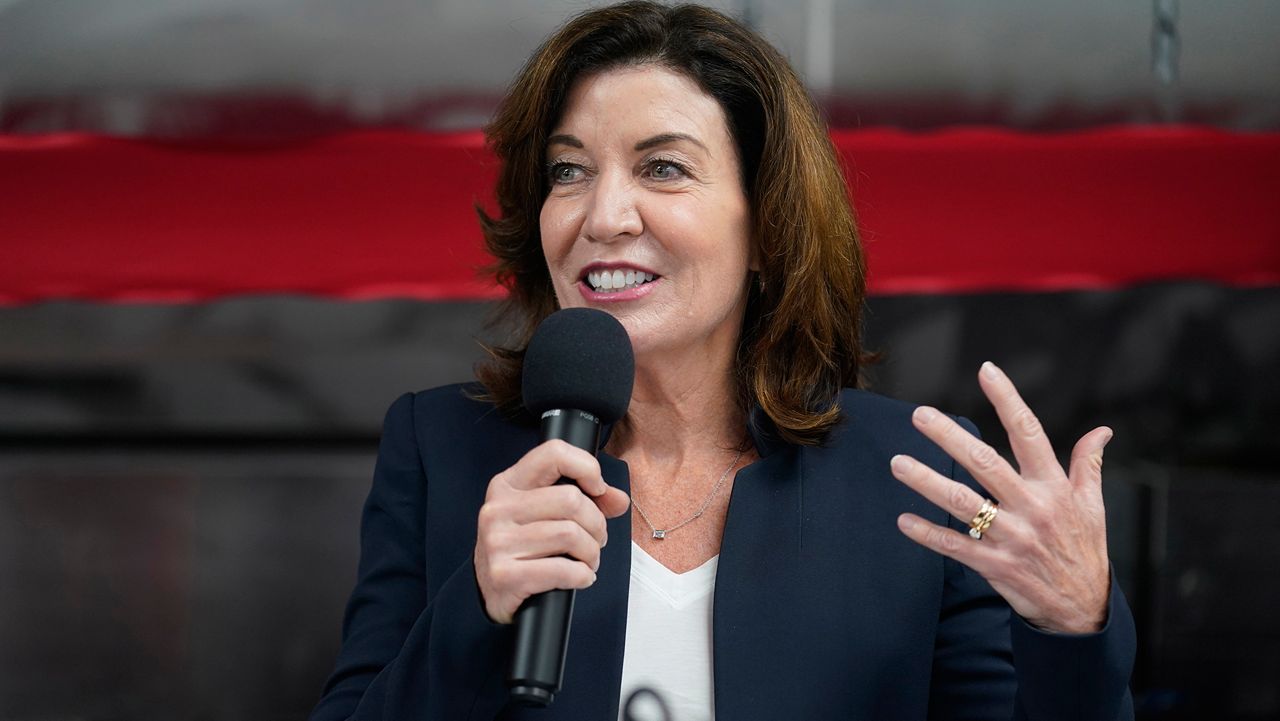 Gov. Kathy Hochul on Thursday warned unvaccinated health care workers that they could be at risk of losing their job next week if they don’t receive at least their first vaccine dose.

“Plenty of notice, plenty of availability, plenty of chances for people,” Hochul said during a press briefing. “What is looming for Monday is completely avoidable and there's no excuses.”

All health care workers must be vaccinated by Monday, which has prompted major staffing shortages at some hospitals and nursing homes across the state.

Gov. Hochul says the state is preparing a backup plan for areas that are experiencing staffing losses due to this mandate. This includes possibly adjusting the state’s licensing requirements so out of state health care workers can operate in New York, as well as possible visas for nurses from other countries.

“I'm taking it very seriously,” Hochul explained. “I want to send a message to all the health care facilities across the state. First of all, God bless you for what you've been through. I've talked to many of you, and I know that this is an additional burden and one I'm not looking forward to. But you also have all told me that it's the right thing.”

However, there has been pushback against this vaccine mandate, including numerous lawsuits.

A federal judge did temporarily block the mandate from going into effect for health care workers who say they have a religious exemption, until Oct. 12 when the case will be revisited.

Assemblyman Josh Jensen says the threat of looming staffing shortages is a huge concern for his district in Rochester and the state should instead allow for biweekly testing in lieu of a vaccine.

Hochul says around 16% of health care workers around the state are still unvaccinated.