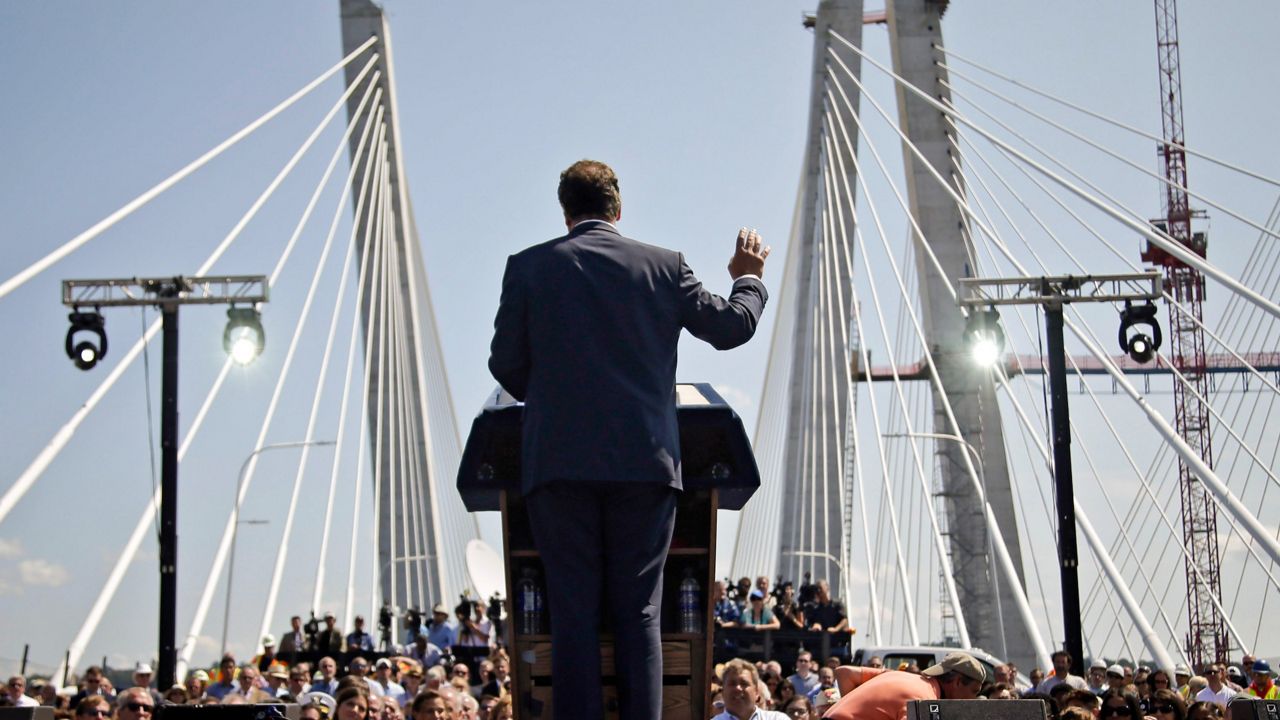 It’s a bill that has been floated before, but is gaining more steam in light of recent events — changing the name of the Gov. Mario Cuomo Bridge back to the Tappan Zee.

In 2017, when Gov. Andrew Cuomo first renamed the newly rebuilt Tappan Zee Bridge, there was quite an uproar among local community members and even some lawmakers.

Now with Cuomo resigning in less than eight days facing numerous scandals, Assemblyman Mike Lawler, who introduced the bill, said it is time for the Cuomo name to be scrubbed off the bridge.

“If he could have named it the Andrew Cuomo Bridge, he would have, but he couldn't, and so he settled for Mario,” Assemblyman Lawler said. “So I think it's really time to get the Cuomo name off the bridge and revert it back to the Tappan Zee.”

The original name of the bridge, Tappan Zee, represented the history of the region.

The word “Tappan” referred to a Native American tribe that lived nearby and the word “zee” is Dutch for "sea."

Right away, when the name of the bridge was changed to honor Andrew Cuomo’s father, there was pushback. A petition with almost 110,000 signatures was delivered to the state Capitol.

Cuomo at the time called it “politically motivated and vindictive.”

Now that same bridge is being investigated by the Assembly Judiciary Committee as part of their impeachment investigation, after reports came out about potential safety violations.

“Given the governor's conduct and the scandals swirling around him, both the sexual harassment and the nursing home scandal, as well as his $5.1 million blood money book deal, I think now is the right time to change the name back,” Assemblyman Lawler said.

Another bill that’s been introduced would keep an impeached governor from collecting a pension.

Back in 2017, the state’s constitution was amended so any state employee who is convicted of a felony loses a pension.

As it stands now, Cuomo is set to receive a $50,000 a year pension despite his resignation.

State Sen. James Skoufis, who introduced the bill, said the governor should be held a higher standard.

“Regardless whether we impeach him or not, we should have this on the books,” Skoufis said. “Yes, it’s been over 100 years since the last time we impeached a sitting governor, but we don't know when the next time impeachment is going to come up for an elected official. So this is just something that makes sense. If it’s good enough for the entry level state employee, it should be good enough for the governor of New York state.”

The bill dealing with pensions is a constitutional amendment, so it would have to be passed twice, by two separate legislative bodies.