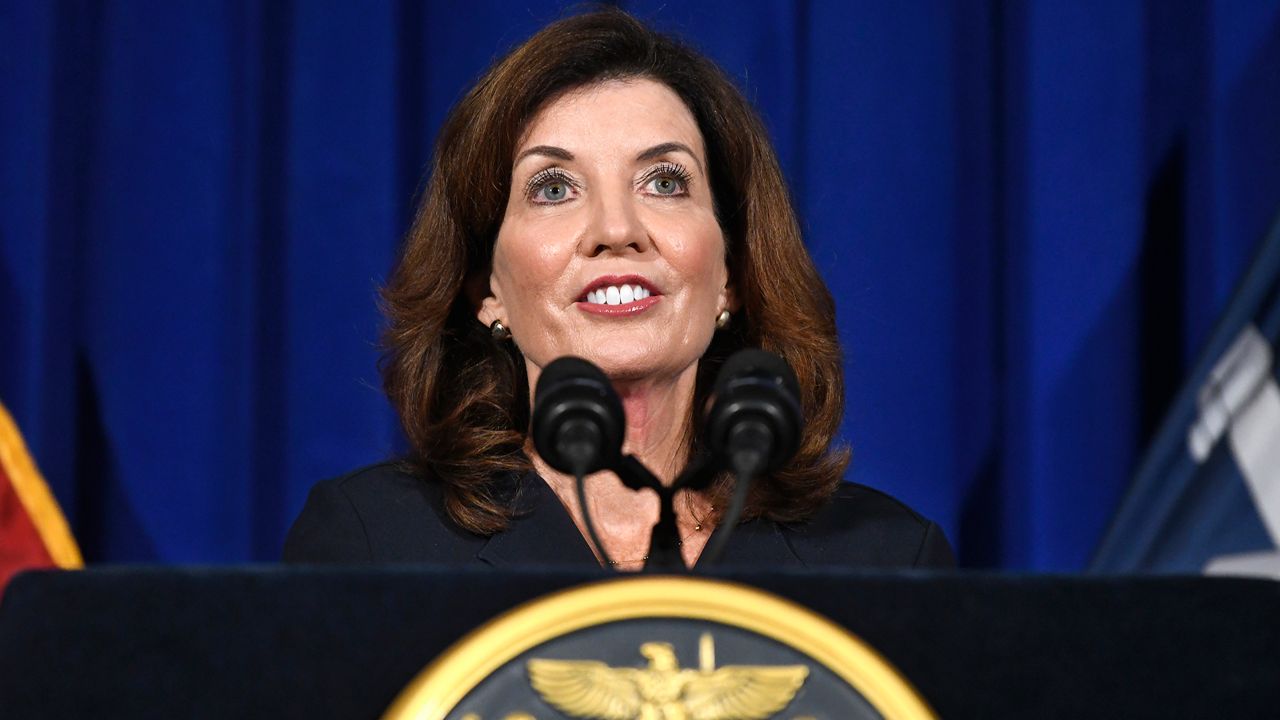 Lieutenant Governor Kathy Hochul struck a different tone on Wednesday as she prepares to take over as New York’s 57th governor in less than two weeks.

Governor Andrew Cuomo announced he will be stepping down after an attorney general report substantiated claims of at least 11 women who say Cuomo sexually harassed them, and the Assembly declared it was considering drafting articles of impeachment by the end of the month for these allegations and more.

Hochul pledged that her new administration will never be described as toxic.

“The governor and I have not been close, physically or otherwise, in terms of much time,” Hochul said. “I've been traveling the state and do not spend much time in his presence or in the presence of many in the state Capitol, but that is what has been reported. And I'm going to stand right here, at the end of my term whenever it ends, no one will ever describe my administration as a toxic work environment.”

Hochul said there will be turnover and any of Cuomo’s staff who were named in the attorney general’s report as doing anything unethical, will be let go.

She was also questioned about Cuomo’s decision to officially resign in two weeks rather than immediately.

“It's not what I asked for,” Hochul said. “However, I'm looking forward to a smooth transition as he promised.”

Hochul will be stepping to the helm during a time when there has been a resurgence of COVID-19 cases due to the delta variant, uncertainty surrounding schools starting back up again and the need to build back stronger after the state’s economic downfall.

“I know New Yorkers,” Hochul said. “They are hard wired to persevere and to prevail. The promise I make to all New Yorkers right here, right now, I will fight like hell for you every single day, like I've always done and always will.”

During this transitional period, Hochul says she will most likely choose and announce who the next lieutenant governor will be.