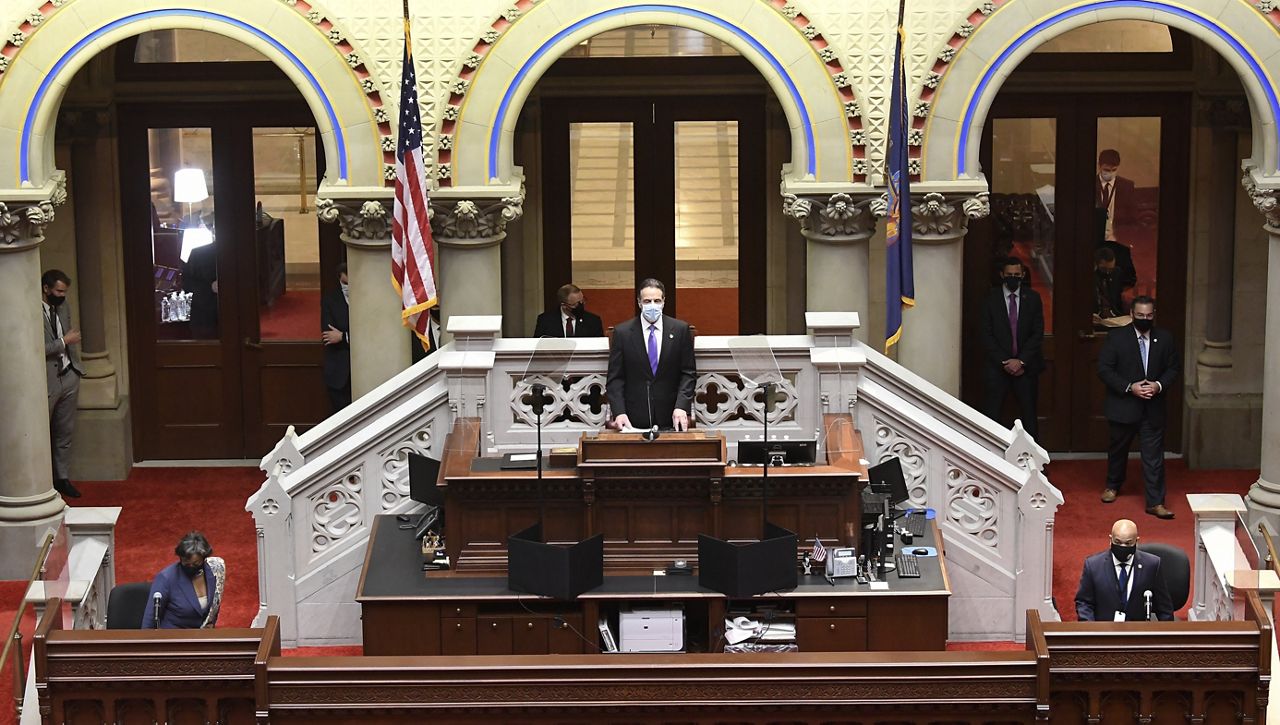 Now that Gov. Andrew Cuomo has announced he will resign in 12 days, the biggest question in Albany is this.

Can Cuomo still be impeached after he has left office?

Back in the 1850s, the Assembly Judiciary Committee, which has been in charge of leading impeachment investigations, studied this very scenario.

At the time, they decided under New York’s constitution the answer is no.

“The notion was, under the language of the constitution, the penalty for impeachment is removal or removal and disqualification,” Ross Garber, an impeachment lawyer and professor explains. “So the Assembly Judiciary Committee looked at it and said 'well, under either scenario, removal is contemplated.' So if an official is no longer in office, he or she can't be removed. Therefore, to impeach the official has to be in office.”

Theoretically, the Assembly could draft and vote on articles of impeachment before Cuomo leaves office in less than 12 days.

If that is the case, then Cuomo would have to leave office immediately.

However, New York’s constitution then gives Cuomo 30 days to prepare his defense before a Senate impeachment trial.

Garber said he believes this means lawmakers' hands would be tied under the constitution.

Yet, this does not mean that lawmakers have to follow the precedent set by the Assembly Judiciary Committee 168 years ago and this matter could very well be taken to court.

Assemblyman Charles Lavine, who is leading the impeachment investigation, left the answer to this question open-ended on Monday.

“Impeachment itself is going to be moot,” Lavine said. “It's not going to be meaningful, but there would be the opportunity in the court of impeachment to prohibit him from ever again occupying statewide office.”

“If the goal here was to move this particular governor out of office, and now we're in a position to move New York forward, let's continue moving our state forward,” Assemblywoman Walker said.

When Assemblyman @CharlesDLavine, who is leading the impeachment investigation, was asked on Monday about this question: removal or justice?

“It’s both,” he said. “I don’t think it’s impossible to have two abstractly competing theories in one’s mind at the same time.”

Investigations into Cuomo have already cost taxpayers well over $10 million — looking into not only the sexual harassment allegations, but also if the Cuomo administration withheld the number of COVID-19 related nursing home deaths, if Cuomo used state resources to write his pandemic book and more.

Assemblyman Mike Tannousis, who also sits on the impeachment team, said he would like to see the impeachment investigation continue, or at the very least, a report issued with their findings.

“So many other issues I believe the public needs to know about and that we should continue to hold the governor's office accountable for,” Assemblyman Tannousis said.

The Assembly Judiciary Committee is not meeting with their lawyers until Monday to discuss their legal options.

In the meantime, Cuomo has until 5 p.m. on Friday to submit any final documentation to impeachment investigators.

However, it is unclear if he will still have to meet that deadline and Chairman Lavine’s office said no comment.