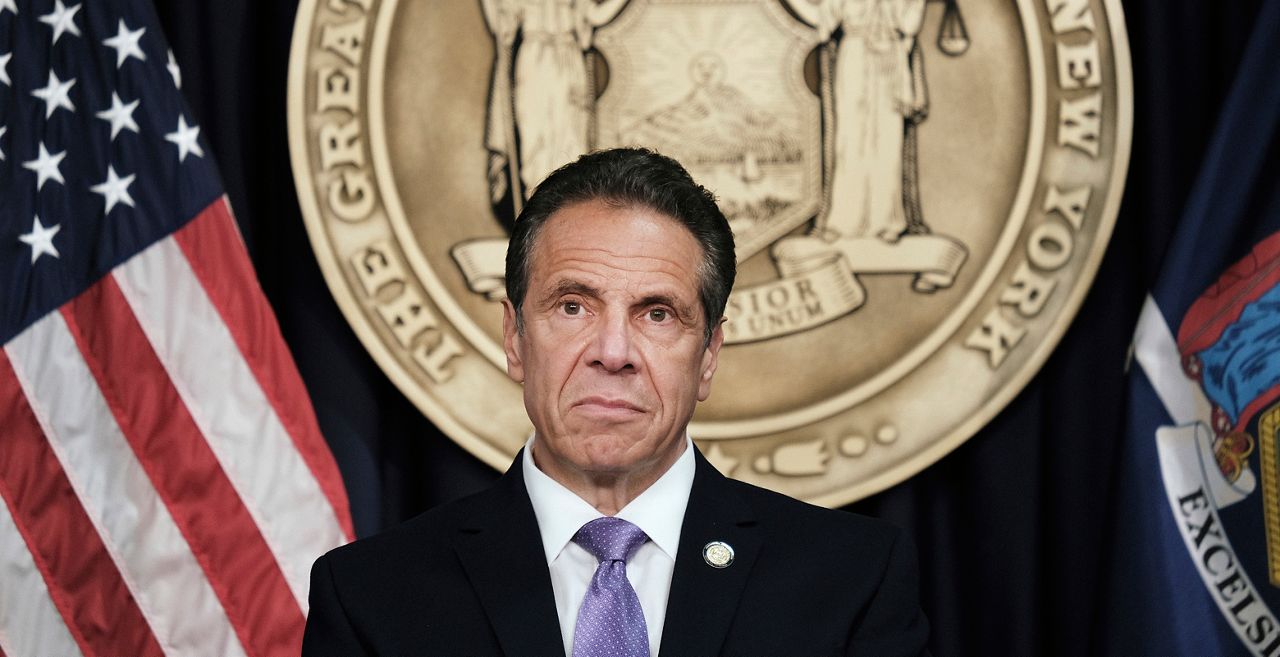 Impeachment process in NY: Where things stand and how it would work

Statements from lawmakers calling on Governor Andrew Cuomo to resign have been flooding in after the New York state attorney general’s report substantiated claims of at least 11 women who say the governor sexually harassed them.

But what happens if Gov. Cuomo does not resign?

Once the Assembly Judiciary Committee, the group in charge of leading the impeachment investigation, believes they have enough evidence, they can recommend to the Assembly that it is time to bring forward articles of impeachment.

After that, it would head to the Assembly floor for a vote.

Here are where things get tricky.

IMPEACHMENT IN THE STATE ASSEMBLY:

As far as impeachments go in New York, the state constitution lays out a very broad framework when it comes to grounds for impeachment and there is very little reference to look back at.

Only one governor has been impeached in New York: Governor William “Plain Bill” Sulzer in 1913.

WHAT WOULD BE THE IMPEACHMENT PROCESS IN THE STATE ASSEMBLY AND WHERE DO THINGS STAND RIGHT NOW?

There are 150 Assemblymembers in total.

In order to impeach Cuomo, at least 76 Assemblymembers would need to vote in favor of impeachment.

If history has taught us anything, it is very unlikely that Assembly Speaker Carl Heastie brings something to the floor unless all 76 Assemblymembers needed for the impeachment vote are Democrats.

Right now, at least 40 Assembly Democrats have said they would move forward with impeachment if Cuomo does not resign.

However, the 43 Assembly Republicans are also in favor of moving forward with impeachment.

This means around 83 lawmakers in the state Assembly are ready to move forward with impeaching Governor Cuomo.

Despite a majority of lawmakers now in support of removing Cuomo from office, lawmakers on the Judiciary Committee have been pushing for patience, as they continue to collect evidence.

The Assembly Judiciary Committee is set to meet on August 9 with investigators from the Davis Polk & Wardwell law firm, where they are expected to receive an update on where things stand.

Top Democrats in the state Assembly, however, say there could be movement on the impeachment front as soon as the end of this month.

“It has to happen quickly,” Assemblyman Pat Burke, who is also the secretary of Majority Conference, said. “The Assembly Majority, nearly everyone agrees, that days, maybe weeks — not months.”

WHAT HAPPENS IF ASSEMBLY VOTES TO IMPEACH?

If the Assembly were to vote to impeach Cuomo, then the articles of impeachment would head to the Senate, where Cuomo would stand trial.

During that time, Cuomo would have to at least temporarily step down as governor and Lt. Gov. Kathy Hochul would preside as acting governor.

Cuomo would then have at least 30 days to prepare his defense for the Senate trial.

WHAT HAPPENS DURING A STATE SENATE IMPEACHMENT TRIAL?

During an impeachment trial in the state Senate, senators and the seven judges who sit on the New York State Court of Appeals would act as jurors.

New York State Senate Majority Leader Andrea Stewart-Cousins would not be allowed to participate since she is in the line of succession.

Chief Judge Janet DiFiore would preside over the proceedings.

This means that in order to convict the governor, there would need to be two-thirds majority vote in favor of removing Cuomo.

In other words, out of the 69 jurors (62 senators and seven Court of Appeals judges) there would need to be at least 46 jurors voting yes.

“Thirty-eight of our majority members who have already called for the governor to resign, that’s not counting any Republicans,” Deputy Senate Majority Leader Mike Gianaris said. “If you add them in, you’re at 58 out of 63 senators. So it’s a pretty overwhelming sentiment in the Senate. But we have to wait. The Assembly has to go through their process and issue articles of impeachment.”

If Cuomo were to be impeached, he would be banned from holding any state elected offices in the future. However, he could still run for local or federal seats.

The next in line to become governor would be Lt. Gov. Hochul, also a Democrat. She would be not only the first female governor, but also the first governor from Western New York since Grover Cleveland.