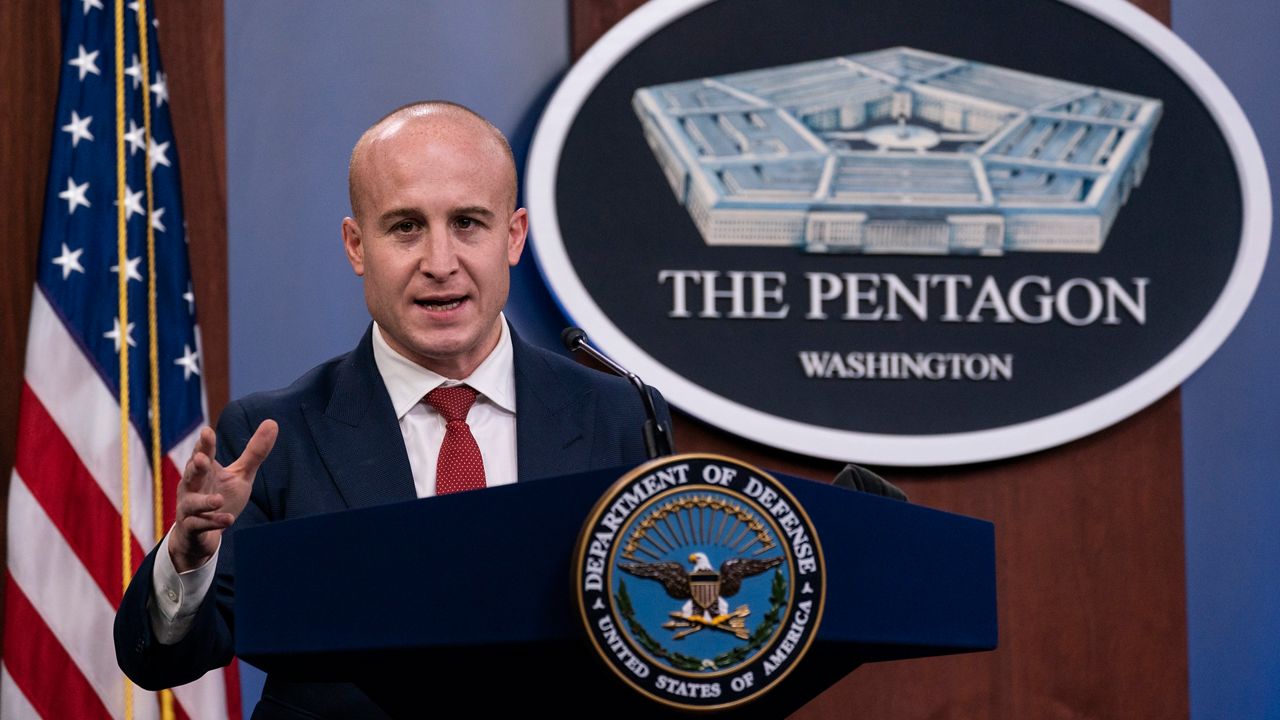 After a six-month stint helping spearhead the fight against the coronavirus at the Department of Defense, former Staten Island and south Brooklyn Rep. Max Rose is teasing a “next chapter.”

As to what all that next chapter will include, he is not offering specifics. In an interview Tuesday, he said he was looking forward to exploring future ways to serve, saying “service is in my blood.”


Earlier this month, Rose stepped away from his post as the Pentagon’s COVID-19 adviser, a role he took on after failing to win a second term on Capitol Hill.

The COVID-19 fight at the Pentagon

Dealing with COVID-19 has been no small undertaking for the military. And as COVID-19 adviser to the secretary of defense, Rose was at the center of it.

In addition to helping run mass vaccination sites across the country, the Pentagon also faces the task of ensuring their own get vaccinated. As of July 21, more than 69% of active duty personnel had received at least one dose of a vaccine, according to the Pentagon.

“Vaccinations is what matters right now. People's lives are on the line,” Rose said. “It's certainly not the time to spike the football.”

Across the country, vaccine rates largely have slumped in recent weeks.

In an interview Tuesday, Rose said lessons from the military could be applied to the broader vaccination effort. For instance, he says educating skeptical Americans about the vaccine is not enough; accessibility and encouragement are also key.

“Exactly what we should be doing,” Rose tweeted.

Exactly what we should be doing. https://t.co/YUNt1o7mF1

After leaving his Pentagon post this month, Rose tweeted cryptically about his “next chapter.”

Yesterday was my last day @DeptofDefense. Thank you to @SecDef for the privilege of serving as your Senior Advisor on COVID-19. It was an honor to work alongside so many heroes who turned the tide against the Pandemic here at home. Excited for some family time & the next chapter! pic.twitter.com/TlNvmULLcl

Rose so far is not ruling anything out.

“Right now that next chapter is playing with my son, who's just about a year-and-a-half,” he said. “There's plenty of different ways that one can continue to serve. I look forward to exploring those ways.”

After recently teasing his "next chapter," what is next for @MaxRose4NY?

I spoke to the former congressman about his six-month stint as COVID advisor at the Pentagon and his future, coming up on @NY1 and @InsideCityHall. pic.twitter.com/Ssdj1zPzQt

“What [people] need more than ever is proof and validation that government can be there for them as a positive force, as a moral force, as a bold force,” he continued. “For the rest of my life, I want to play some role in trying to help effectuate that.”

Hudson Valley Rep. Sean Patrick Maloney, who chairs the Democratic Congressional Campaign Committee, said he “100%” would like to see Rose make another attempt at representing Staten Island on Capitol Hill.

“I think he’s got a great contribution to make,” he said. “I sure hope he runs again, because we’d be a better country and a better Congress if Max Rose came back and served with us.”

That was @RepSeanMaloney's response when I recently asked him if he'd like to see @MaxRose4NY run again for Congress representing State Island.

Rose lost his 2020 attempt at reelection to Republican Nicole Malliotakis, after serving one term.

Asked for his assessment of how Malliotakis was handling the job and her decision to object to certain Electoral College votes after the Jan. 6 attack on the U.S. Capitol building, Rose took a swipe at his former competitor:

In a statement, Malliotakis hit back, saying in part, “The people of this district spoke just a few months ago and made it clear: they don’t want an anti-police, Pelosi puppet who flirts with socialism representing them in Congress.”