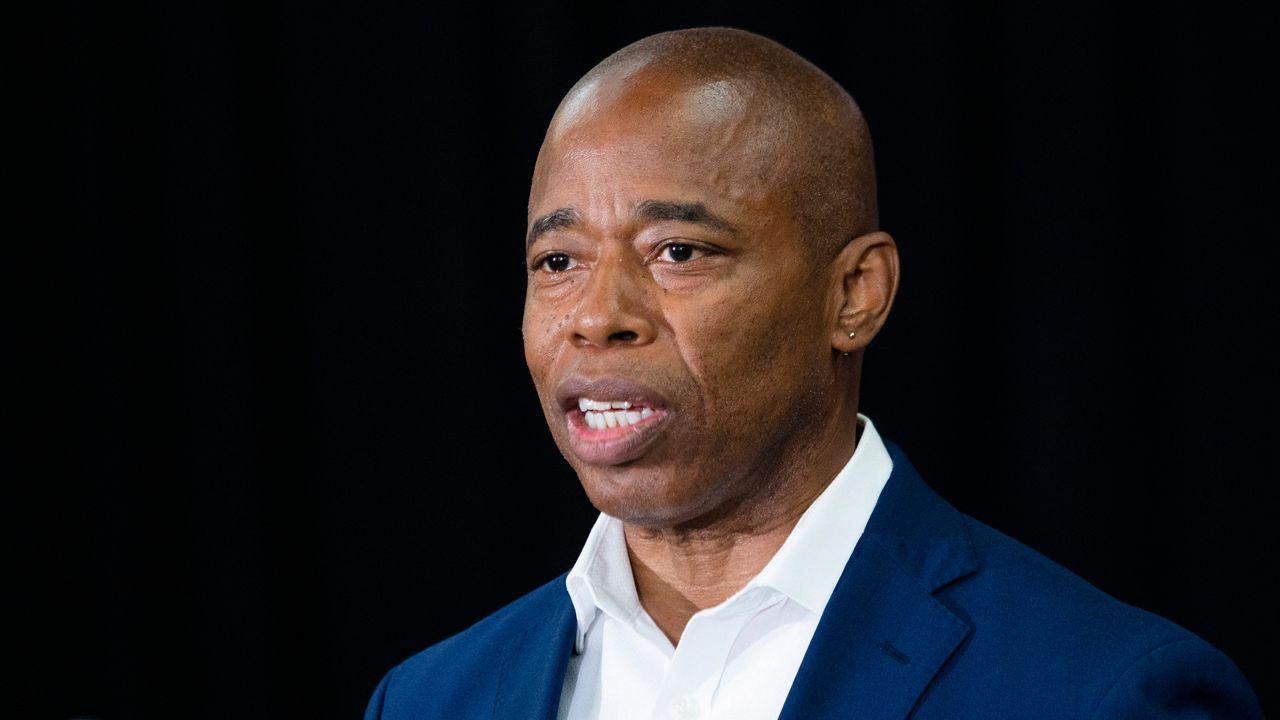 NEW YORK — It’s a local position in the middle of a national spotlight.

So how will the next mayor balance fixing potholes in New York City with being the face of urban issues at large?

For years, Mayor Bill de Blasio has readily weighed in on national politics and regularly appeared on national TV, more recently to cheer on the city’s comeback.

“New York’s hottest club is de Blasio, located in the metropolis of Gotham City,” a CNN anchor said in June, introducing a segment about the mayor.

But he did face criticism, before and during his bid for president, for prioritizing his future over that of the city.

“But the people are listening for who can lead, who actually believes what they’re saying, who has answers,” he told NY1 in August 2019 in the spin room of a presidential debate in Detroit.

Already, Eric Adams has gotten a taste of how loud City Hall's megaphone can be. Within days of winning the Democratic nomination for mayor, he appeared on several national shows.

“We can't be so idealistic that we're not realistic," he told ABC News' "This Week" last Sunday. "Cities are hurting all across America, and New York personifies that pain, the inequalities, the gun violence, the lack of really looking after everyday blue-collar workers.”

And he's traveled to Washington, where he had audiences with President Joe Biden at the White House and Speaker Nancy Pelosi at the U.S. Capitol.

Honored to host Eric Adams at the Capitol today to discuss @HouseDemocrats’ actions to curb the daily tragedy of gun violence in America. pic.twitter.com/uU4zovVzme

A former de Blasio adviser who worked on his presidential campaign says leveraging influence to help the city means ensuring it’s not the Eric Adams show.

“I think so far Eric Adams has done a really good job of keeping New Yorkers front and center of that conversation," said Olivia Lapeyrolerie, a political consultant. "I really hope he continues and avoids the pitfalls that Mayor de Blasio made, where sometimes it felt like his focus was on his own political aspirations as opposed to what our city needed.”

“Reading them into the various issues we are fighting with the pandemic, so that whoever is the winner — presumably Eric Adams — is ready to go on January 1st at 12:01," she said. "Because it’s a big passoff — bigger than normal — and there’s no swan song, lame-duck period in a pandemic.”