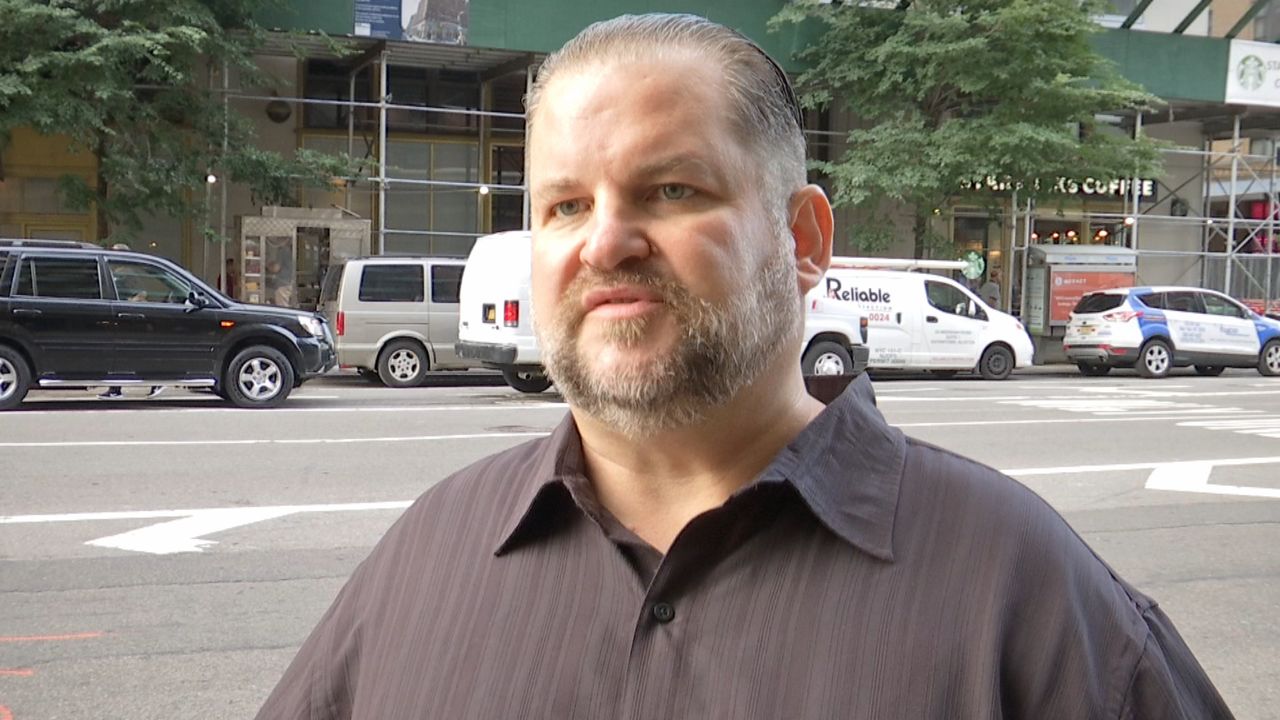 A file photo of John Samuelsen.

He is the first major union leader to break with the governor following the scandals that first came to light earlier this year, including accusations of sexual harassment.

“My sense is, how can the trade union movement stand with him if, as a result of that report, it becomes evident and becomes clear that he engaged in workplace criminality or misbehavior?” Samuelsen said.

An independent investigation that State Attorney General Letitia James launched is examining the accusations against the governor. Samuelsen says his union won’t support Cuomo, no matter what the report says.

The union leader said Cuomo was overly aggressive in investigating overtime fraud against MTA employees, and he also opposes a proposal by the governor to split the MTA leadership into separate CEO and Board Chair roles. Both jobs are currently held by one person. But in the final hours of the Albany legislative session last month, Cuomo pushed lawmakers to make the change in leadership he sought. The State Assembly acquiesced, but the state Senate refused.

“It was an absolute power grab. If you look in the begging with the first iteration or attempt by Cuomo, the CEO spot didn’t even require Senate approval at that time,” Samuelsen said. “So he was trying to do an under cover of darkness, last-minute move that would radically change the organizational structure.”

Cuomo is also facing accusations he covered up the number of nursing home deaths from COVID-19 to help secure a $5.1 million advance on his book, about how to defeat the coronavirus, which was published last year.

While powerful elected Democrats have called on Cuomo to step down, most of the other big unions have stood with Cuomo despite the scandals, even going so far as to attend a fundraiser two weeks ago. The TWU breaking with Cuomo was first reported by the New York Post on Sunday.

“If Cuomo loses the confidence, the total confidence of all the unions, he is done. He’s not viable,” said John Kaehny of Reinvent Albany. “So yes, it comes down to the unions.”

Responding on Twitter, Cuomo adviser Rich Azzopardi said, "Sameulsen is an extortionist who is trying to undo pension reform. We also understand he is a political supporter of Tish James and she says she may run against the governor, and he wants more benefits in his contract. Everyone gets that"

"Sameulson is an extortionist who is trying to undo pension reform. We also understand he is a political supporter of Tish James and she says she may run against the governor, and he wants more benefits in his contract. Everyone gets that" https://t.co/ZpHWl17rhY

The Assembly is also conducting its first impeachment inquiry of a governor in more than 100 years. If the Assembly impeaches Cuomo, he would face a trial in the Senate and would be removed from office if convicted. James has never said anything about challenging Cuomo.