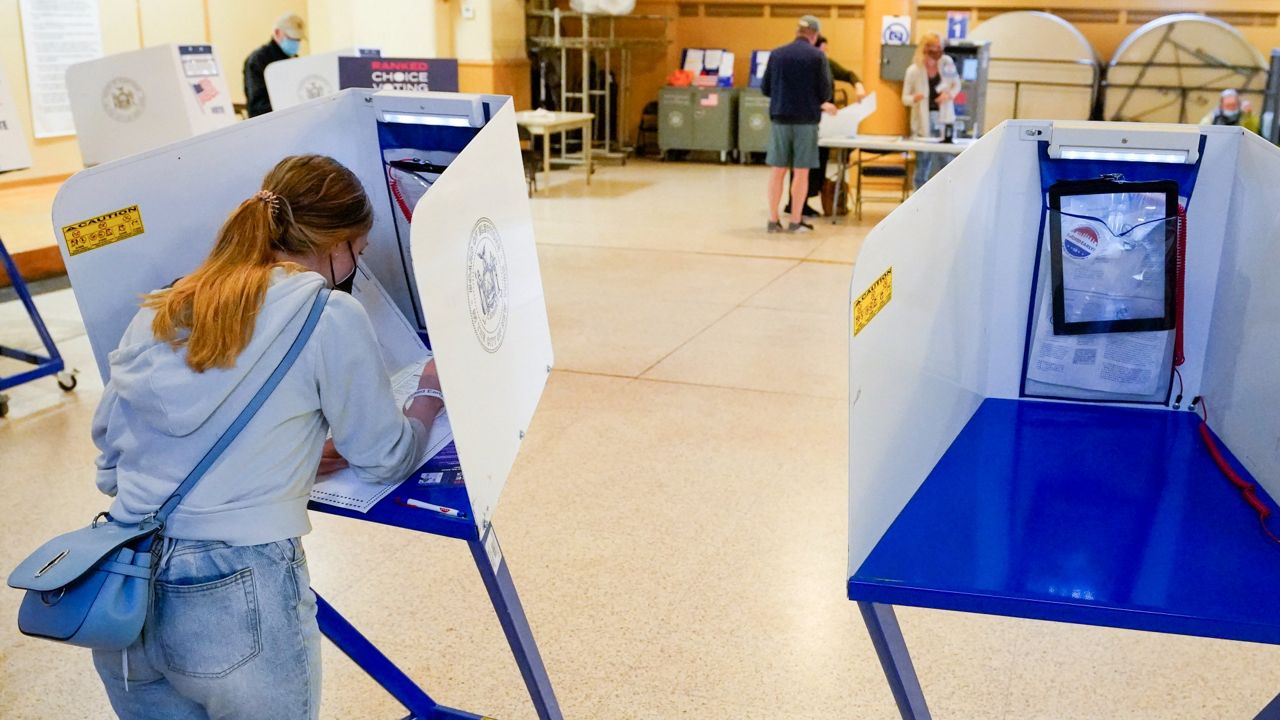 There is no early voting Monday; polls are open on Tuesday from 6 a.m. to 9 p.m. AP Photo/Mary Altaffer

Sunday was New Yorkers’ last chance to vote early ahead of Election Day on Tuesday, and even with a high-stakes mayoral primary on the ballot, turnout over the nine-day early voting period was unexpectedly light.

Altogether, 191,197 voters participated in early voting, according to election officials.

At most early voting locations, there were short lines or no lines at all. That was good news for those voters who did show up, but bad news for civic participation in what is a hugely consequential election, with every citywide office and City Council seat up for grabs.

It was “a bit of a low turnout,” said Miguelina Camilo, a commissioner at the city Board of Elections. “We did increase our sites this year to 104 sites, so we were really hopeful that people would take advantage of early voting.”

The scene at those locations was a far cry from last year’s presidential election, when voters encountered lines that stretched for blocks and hours-long waits, leading election officials to extend voting hours.

But turnout in presidential elections always dwarfs that of municipal elections, and advocates say the benefits of early voting remain.

“The more people who vote early, the more pressure it takes off Election Day,” said Susan Lerner, the executive director of Common Cause/New York and a founder of Let NY Vote, a voting reform advocacy group.

Election officials say they experienced few problems during early voting, even with the added complication of a two-page ballot and an unfamiliar new system of ranked-choice voting. They're hoping for better turnout on Election Day.

“I think it’s really significant, and to the credit of the legislature, that we have the ability to choose among the three ways that we have to vote,” Lerner said. “And that’s something that is very positive for voters.”

There is no early voting Monday. Polls are open from 6 a.m. to 9 p.m. on Tuesday. Voters can also drop off a completed absentee ballot at any polling site, or mail their absentee ballot as long as it's postmarked by Tuesday.