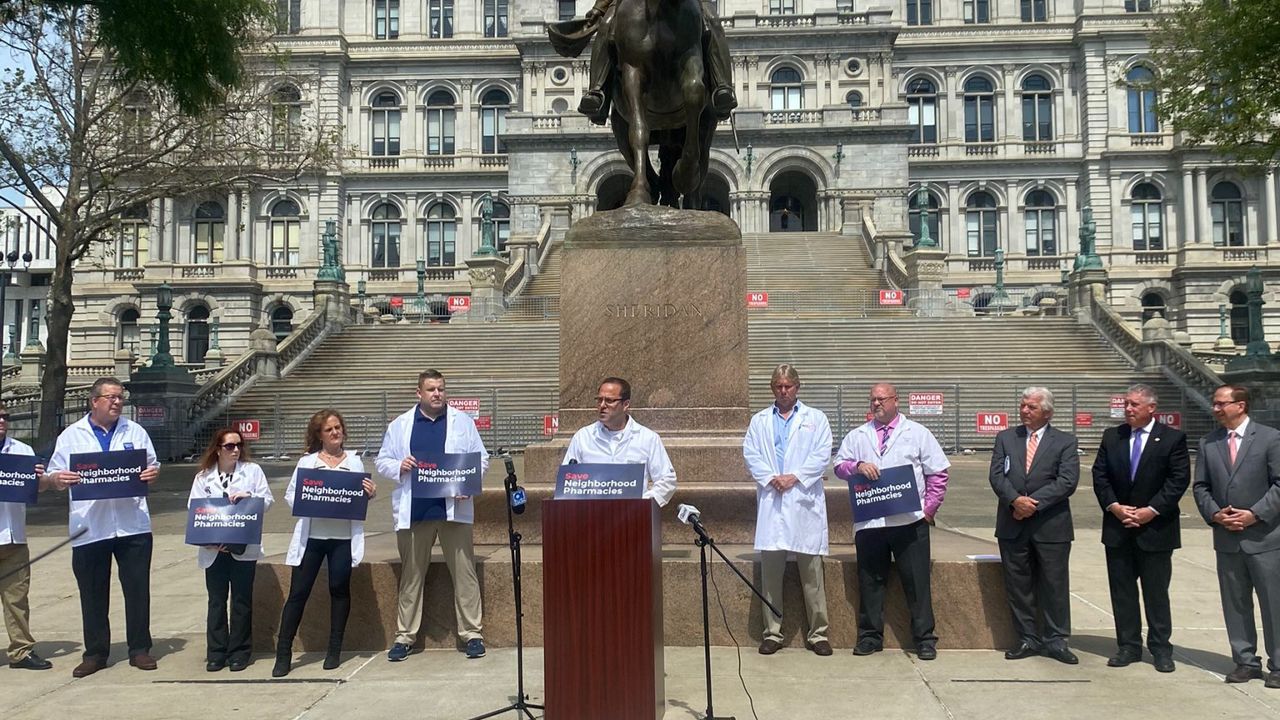 Clad in white labs coats, pharmacists rallied outside the New York State Capitol on Wednesday, calling on the Legislature to pass bills they say will protect pharmacies that have been on the front lines during this pandemic.

Vincent Chiffy, owner of Parkway Drugs in Utica, said that many pharmacies in his area have already been forced to close.

“In the past year, I've had three independent pharmacies close and there are not many of us left to begin with,” Chiffy said. “And it had nothing to do with COVID. It was all about reimbursements.”

The NYS Legislature passed a bill yesterday that will allow pharmacists to administer the COVID-19 vaccine. The bill will head next to the Governor’s desk pic.twitter.com/BLbVQdWQKl

The goal of these bills is to make sure pharmacies are reimbursed properly for prescriptions from patients on Medicaid and provide more oversight to companies, known as pharmacy benefit managers or PBMs.

Lawmakers and pharmacists criticized the lack of transparency surrounding many of these deals.

“All the while neighborhood pharmacies are struggling to survive,” Thomas D’Angelo, president of the Pharmacists Society of the State of New York said. “And it's because of the greedy corporate middlemen, known as PBMs. They are parasites of the healthcare system.”

“PBMs have been a shadow organization that have done things that health insurance plans are not allowed to do,” Assemblyman Kevin Cahill said.

The bill that would demand more oversight and regulation of PBMs passed in 2019, but was vetoed by Gov. Andrew Cuomo over concerns that it would increase administrative costs, facilitate anti-competitive conduct, and generate scrutiny from the federal government.

Assemblyman John McDonald said PBMs are really the only link in the supply chain unregulated.

“Pharmaceutical manufacturers are licensed pharmacists are licensed, pharmacies are registered,” Assemblyman McDonald said. “The only entity that has no oversight by the state of New York is the PBMs, the people who cut the checks and pay the claims.”

The Pharmaceutical Care Management Association, which represents PBMs in New York, sent a statement disputing claims that the number of pharmacies are shrinking.

There are about 2,000 independent pharmacies across the state.