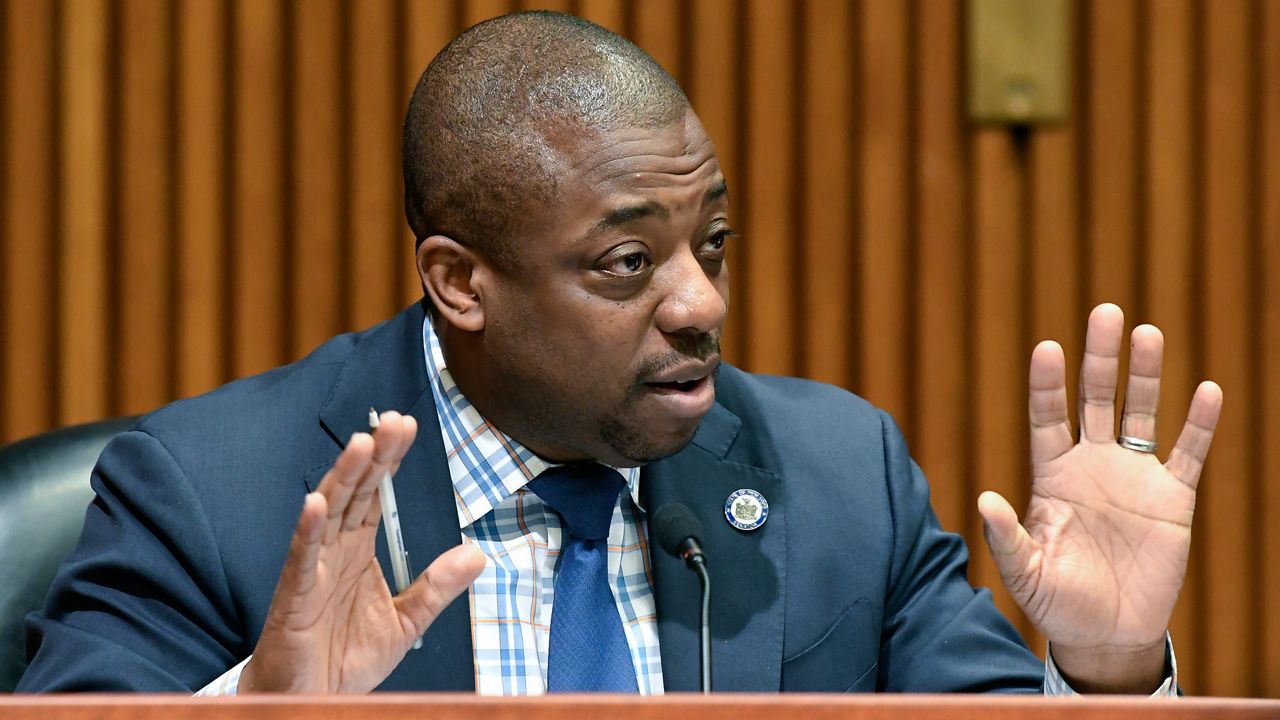 How candidate Brian Benjamin would redefine the role of city comptroller

Candidate for city comptroller Brian Benjamin said his priorities for the job would be to build more affordable housing and audit the NYPD to make sure that it’s efficiently providing public safety services.

At face value, both answers seem unconventional for someone vying for the role of the city’s chief financial officer, but Benjamin said the city needs someone who can bring broader perspective to traditional duties.

"We are living in a different time,” Benjamin said in an interview with NY1. “I think people want a more activist comptroller. One who does the mandatory requirements — particularly with the pensions and the retirees, both of my parents are retirees, so I want to make sure their retirements are secure — but I do believe people want us to be able to do more if we can, and I think we can.”

Benjamin pointed to his time working in investment banking.

He said he wants to find ways to invest in affordable housing, and would work with the mayor on a comprehensive plan to offer immediate low- and middle-income housing.

Benjamin added that he would assist with homelessness by working to convert hotels into permanent affordable housing units.

Police oversight is also a big part of his platform.

“I really believe that we should audit the NYPD from a performance-audit standpoint, and really make sure that the public safety component that they’re providing is efficient,” Benjamin said.

He serves as the chairman of the state senate’s committee on revenue and budget. Prior to his election, he served as chair of Harlem’s community board and worked at Morgan Stanley.

Benjamin joined “Mornings On 1” Friday as part of a series of ongoing interviews with leading candidates for city comptroller.