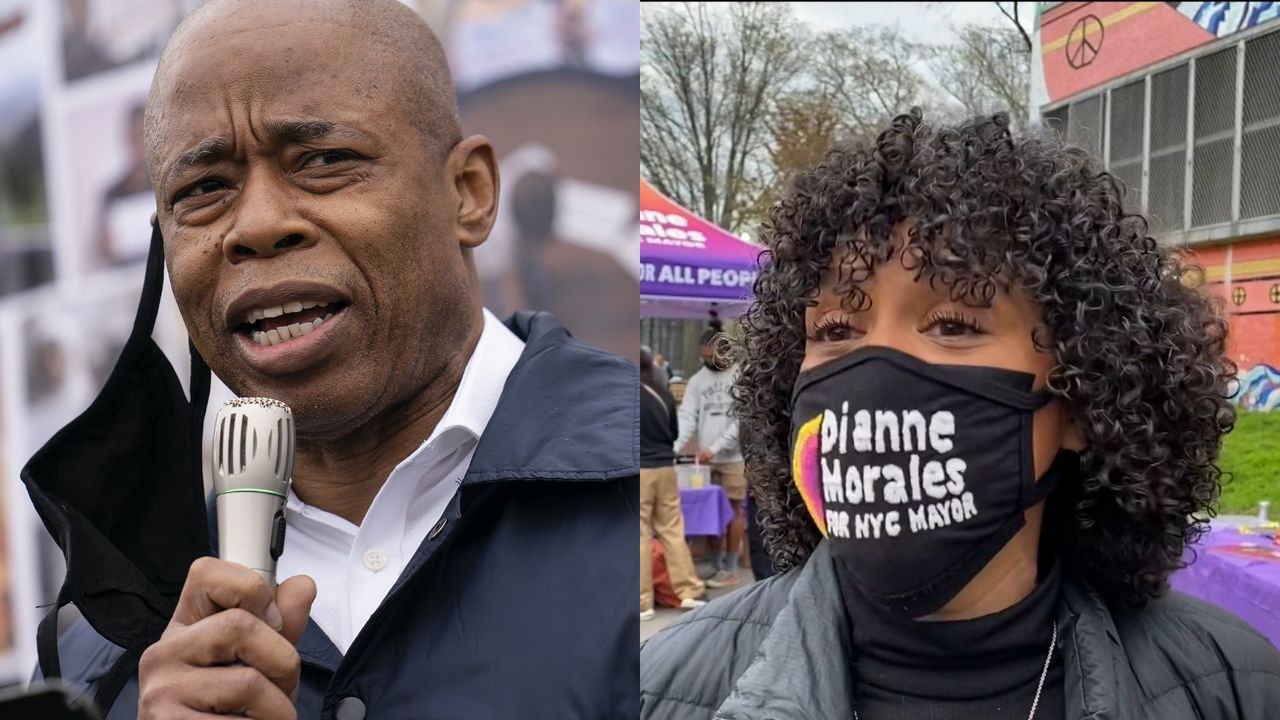 NEW YORK — Brooklyn Borough President Eric Adams, one of the top contenders in the Democratic primary race for mayor, was knocked on his heels Monday.

"To just give the innuendo on the front page, above the fold, that Eric Adams took donations to help developers? No, I helped developers and shelters to help New Yorkers," Adams told reporters Monday after a rally where he received the endorsement of Civil Service Employees Association (CSEA).

Adams was referring to a New York Times story published over the weekend detailing Adams’s interactions with donors, lobbyists, and other special interests through his years in public office.


“We have been scrutinized and results keep coming up the same: Eric complied with all rules,” Adams said. “I believe it’s unfortunate, as an African American candidate, I am held to a different standard."

In one instance, records show a real estate developer held a fundraiser for Adams at his Manhattan office. The Slate Property Group, which was working to build a tower in downtown Brooklyn to allow more office space than what’s allowed under zoning laws, got the green light from Adams six months after that event despite opposition from the local community board.

Andrew Yang's campaign — which so far has stopped short of directly attacking opponents — sent a letter to the city’s Campaign Finance Board on Monday, requesting an investigation into Adams’s fundraising.

In the letter, Chris Coffey, co-chair of the Yang campaign, wrote, "Mr. Adams appears to have unlawfully received public matching funds when he failed to disclose that his bundlers conducted business with the City of New York.”

Neither Adams nor his campaign have been accused of any legal wrongdoing, but the appearance of conflict is clear — Mayor Bill de Blasio was also found to have flouted similar conflict of interest rules.

Early in his mayoralty, de Blasio set up a nonprofit group to help push his agenda. Donations from people who had interests before the city poured in.

De Blasio had the Campaign for One NY; Adams has One Brooklyn — the nonprofit has been twice probed by the city’s Department of Investigation.

But he wasn't the only candidate blaming bureaucracy on Monday.

Dianne Morales responded to a story published by the THE CITY that found she paid a $300 bribe to a city Department of Environmental Protection inspector who offered to make her $12,500 water bill go away.

Morales was a top-level city education employee at the time, and although the inspector was prosecuted for targeting business and home owners in a similar scheme, a 2004 inquiry into the matter concluded that Morales’s employment with the Department of Education should be terminated. According to the education department, Morales left he post in May of that year before the investigation concluded.

"It would never have occurred to me that I could challenge this man and the bureaucratic systems he purported to represent. I didn’t feel like I had a choice," Morales said in her response.

That defense drew little sympathy from Maya Wiley. Both candidates are competing for a similar bloc of progressive voters.

"She chose to pay a bribe and lie about it,” Wiley said. “I don't know how that makes someone a victim.”