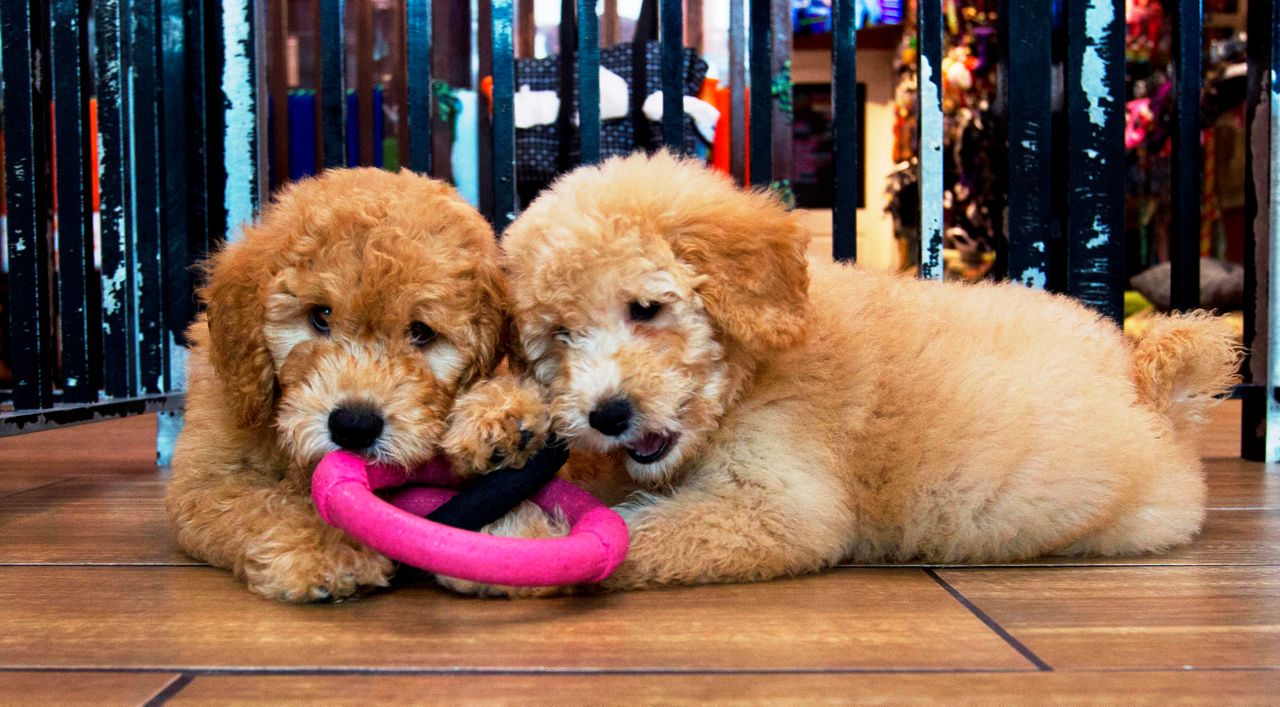 A bill is moving through the New York State Legislature that would ban the sale of dogs, cats and rabbits at pet stores.

The intent of this bill is to crack down on high-volume breeding facilities, known as puppy mills. But many pet stores say this bill would put them out of business.

In an effort to raise awareness, Emilio Ortiz, who works at the pet store CitiPups, created a TikTok account that is starting to gain popularity.

Pup_daddy, as he is known on TikTok, has been making videos to show a day in the life of a pet store worker. He said the goal is to remove some of the stigma surrounding buying a pet directly from a store, rather than a breeder or a shelter.

“Same thing when you're looking for apartments, sometimes it gets tough. It's like okay, let me call a real estate agent,” Ortiz said. “Now let me look, let me walk over to CitiPups, let me talk to the guys there, let’s see if they can point me in the right direction, this is what I'm looking for, how do I find it? So that's how I look at it.”

Pet stores across New York are already regulated, and in 2019, a law was enacted requiring pet stores clean all cages daily and disinfect them every two weeks.

Once they sell someone a pet, that customer is likely to come back to buy food and other supplies, since these small stores have a harder time competing with box stores when it comes to prices.

“What it does instead is it actually creates a situation where people are being driven away from the most regulated most transparent source for pets,” Bober said about this pet store bill. “And instead they're being directed to Craigslist, to black markets and smaller unregulated sources where unlike pet stores in New York, warranty laws and Consumer Protection simply doesn't exist.”

However, an undercover investigation conducted by the Humane Society of the United States last year found that many New York pet stores obtained puppies from unscrupulous breeders.

Senate Deputy Majority Leader Mike Gianaris, sponsor of the bill in the Senate, knocked the idea that there are responsible pet stores out there.

“Even if there are individual pet store owners that are trying to do the right thing, the way the industry works is when they're getting mass produced animals from breeders, often outside of state, they tend to be from the mills,” Sen. Gianaris said. “There's not a pet score that is unaffected by that.”

The bill has already passed the Senate and moved out of committee in the Assembly.

“We can seize this moment to save countless animals from suffering by cutting off the puppy mill-to-pet store pipeline once and for all,” said Assembly Member Linda Rosenthal, the Assembly sponsor of the bill. “Preventing the sale of dogs, cats and rabbits in pet stores won’t just protect animals, it will also save customers the great heartache and expense that comes with falling in love with an animal that is destined by its breeding to become irreparably sick.

Califor­nia, Washington and Maryland have similar laws already on the books.