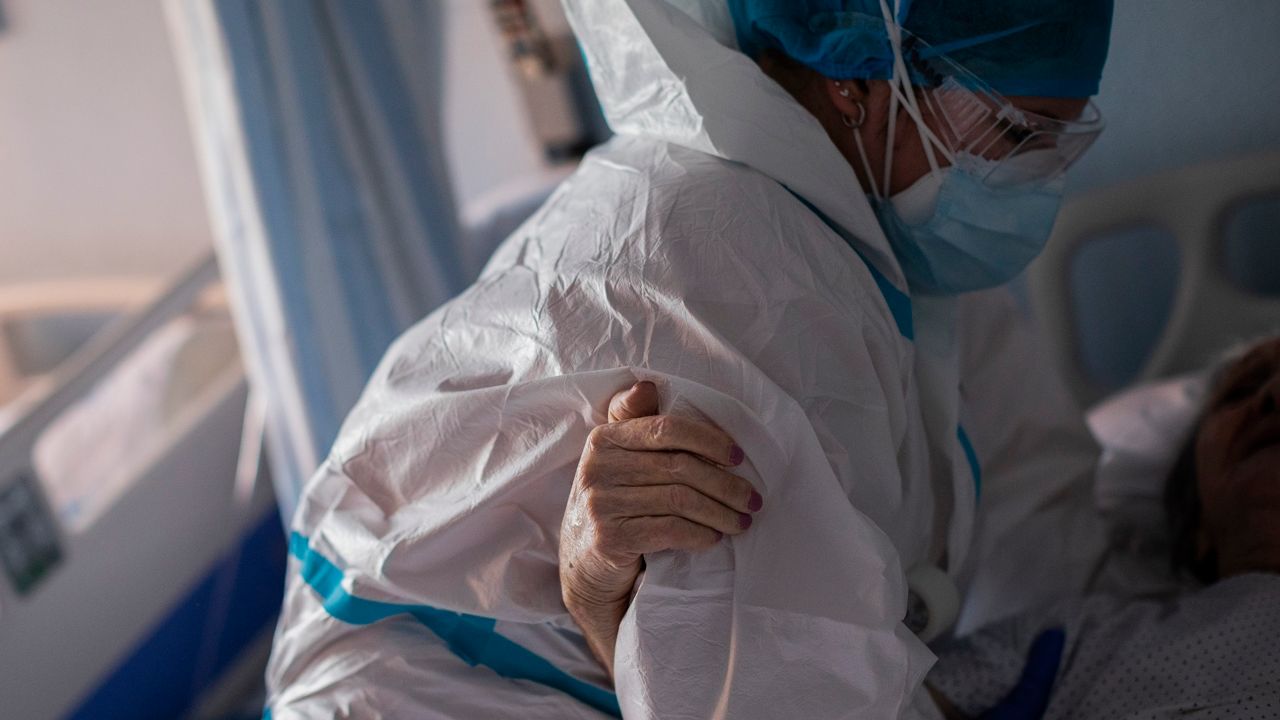 “We were at a deficit to begin with,” Hagans said. “Now, we had the pandemic and as nurses, we had to do what we needed to do in order to care for our patients and save as many lives as we can. And I truly believe, and we truly believe as nurses, if we had enough staffing, if we had a nurse-patient ratio, we could have saved more lives.”

Existing nursing shortages were only heightened during the pandemic.

“We support increases in staffing, we do, because that means that you're going to invest in the long-term care network, which frankly, the state hasn't done,” said Michael Balboni, executive director of the Greater New York Health Care Facilities Association.

Balboni argues, however, there are just not enough nurses to support these new mandates being placed on nursing homes.

“It's not business as usual,” Balboni said. “The number of residents in nursing homes is historically low and we don't necessarily see that improving anytime soon. So, where's that transition plan of helping the long-term care industry getting from today to tomorrow?”

Under this new legislation, staff in nursing homes will be required to spend at least three and a half hours with each resident per day.

This is coupled with a mandate already passed in the state budget requiring that nursing homes reinvest a majority of their revenue back to direct care. Direct care includes staffing, however, it does not apply to non-union nurses.

Balboni says if legislation could expand the requirement to include non-union members, this might help these facilities meet these staffing requirements.

“The problem is that the union is not bringing to the table the workers that we need to fulfill this mandate,” Balboni said.

Nurses across the state, though, praised the passage of this bill as a positive step in the right direction to a greater level of care in these facilities.

“All levels of health care need more nursing staff, from skilled nursing to assisted living to ICU, in order to not only meet the physical needs of our patients, but to meet their mental and social needs, as well,” Nina Geiss, specialized nursing technician at Garnet Health Medical Center, explained.

The safe staffing bill targeted at hospitals would require that hospital management and staff come together to set a nurse-to-patient ratio that works for their facility.

If they cannot come to an agreement, then the hospital would be allowed to set its own standards, but the Health Department would review the plan.

Hospitals would also be required to post their staffing plan for the public to view.

If signed, these bills would not go into effect until next year.

Penalties will not be assessed against nursing homes until April 1, 2022.