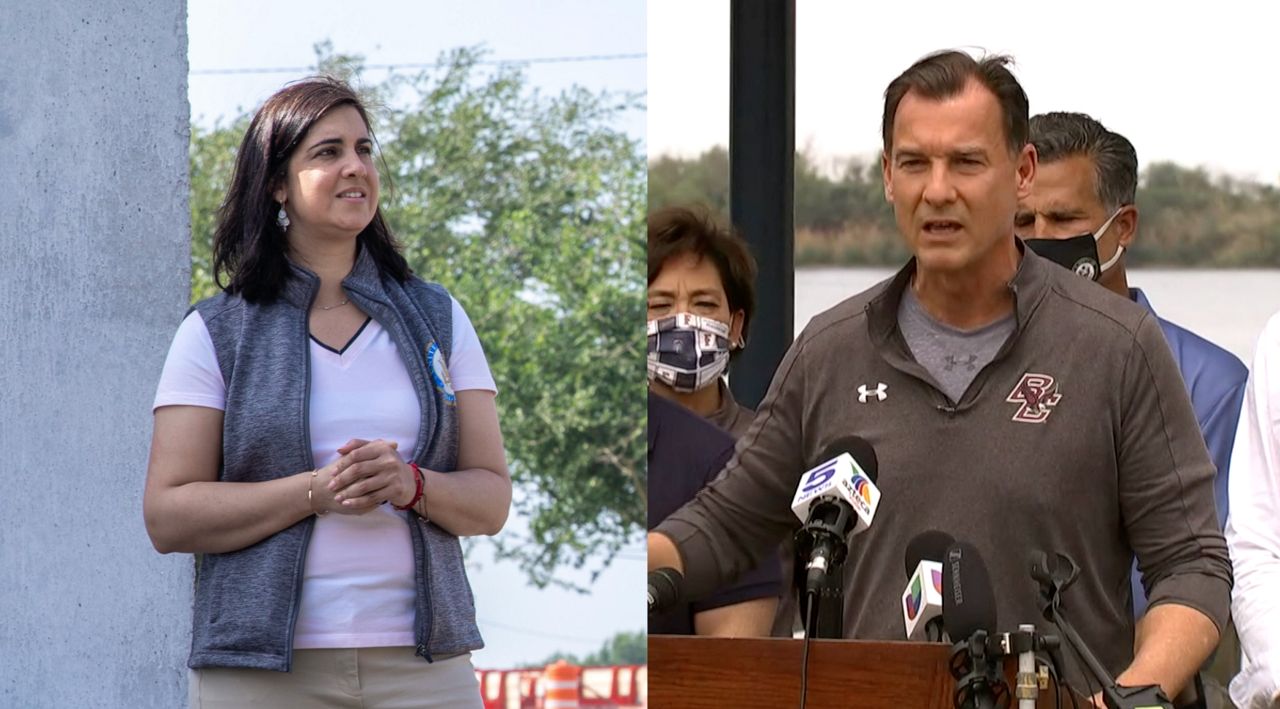 Amid a surge of migrants at the southern border, a handful of New York lawmakers have made trips to the U.S.-Mexico border to see the situation for themselves.

Rep. Nicole Malliotakis, a Republican representing Staten Island, said she was saddened by what she found, describing it as “really out of control.”

She said the facilities were overcrowded.

“Children basically laying right next to each other, zero social distancing, crammed into pods,” she said.

Malliotakis, like many of her Republican colleagues, is criticizing the Biden administration for the current surge of migrants. She points to his decision to reverse certain Trump-era policies, including one forcing migrants to wait in Mexico while seeking asylum.

“The most important thing he could do at this moment is rescind those executive orders and go down to the border, go where we were and see what we saw, hear what we heard from the agents themselves,” she said.

This is the humanitarian crisis @POTUS created. Migrant children smuggled by cartels on top of each other in the Donna TX facility yesterday while our northern border is shut down for non-essential travel & kids across America can’t attend school. Follow the science & hypocrisy! pic.twitter.com/CCLbkjoVOm

“This is everybody's fault for decades. So if you want to say it's a crisis, yeah it’s a crisis, but it's been a crisis for decades,” he said.

Suozzi, who traveled to the border with a separate, bipartisan group of lawmakers, says the system is broken. He believes the U.S. needs an Ellis Island-type approach, arguing the current scattered entry points are just not working.

“You need to have more attractive ports of entry, like a big huge facility, like I'm suggesting - that's safe and can be processed efficiently and humanely,” he said.

I’m in McAllen TX in @RepGonzalez & @RepCuellar districts on a bipartisan trip w/fellow Problem Solvers to get a first-hand look at what’s going on. I know the border has been an unsolved problem for over 30 years. I’ll report to you several times over the next 24 hours pic.twitter.com/HmMvEq6GBm

So, is any long term solution to America’s persistent immigration problems possible? Both Suozzi and Malliotakis say they want to see reforms.

Suozzi insists changes should be bipartisan, though of course, bipartisan immigration reform efforts on Capitol Hill have fallen apart before.

Malliotakis argues there cannot be comprehensive changes until the current situation is resolved.