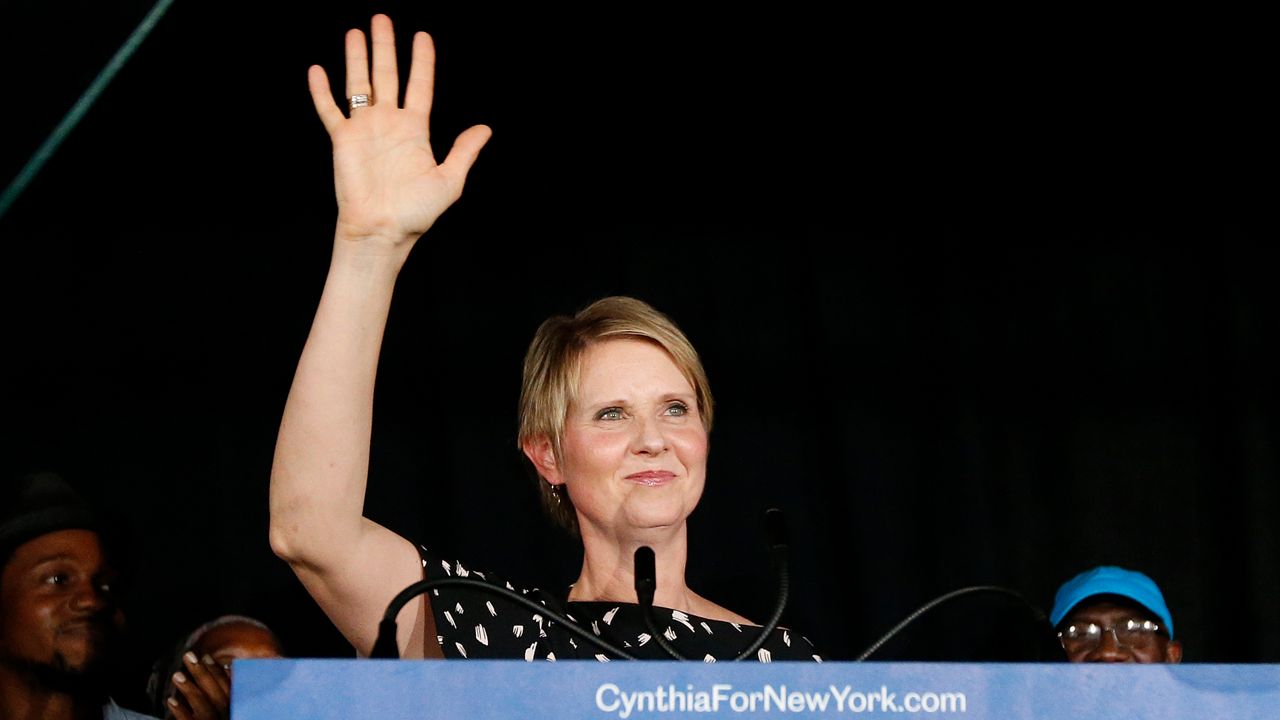 Cynthia Nixon Says Cuomo Embraced Many of Her Positions in Budget

It was the centerpiece of Cynthia Nixon’s 2018 Democratic primary challenge against Governor Andrew Cuomo: the Campaign for Fiscal Equity, which was more funding for schools.

"When we got the call this week that it had been settled, I just burst into tears," Nixon said. "It’s the main reason I ran for governor. It’s the starting point. And sometimes, when you are in a battle for so long, you don’t ever really believe that the day will come when you will win."

As far back as 2001, Nixon was fighting for fair funding. She was once arrested at a protest over the issue.

After losing a lawsuit in the mid 2000s for failing to fully fund the state’s neediest school districts, the state simply refused to pay what was ordered. But in this year’s budget, state lawmakers agreed to pay back the full amount, $4.2 billion.

In fact, this year’s state budget ballooned to $212 billion as the legislature rejected Cuomo’s decade-long call for austerity and opted instead to spend more money to spur economic growth.

Now, Cuomo is engulfed with scandals. He stands accused of deliberately undercounting nursing home deaths from COVID-19 during the pandemic. And he faces multiple accusations of sexual harassment.

"I mean, I think if you look at the way he’s treated women, if you look at the way he’s treated members of the legislature, he is a terrifying, abusive presence," Nixon said. "It’s the reason that I am the person who ran for governor. If you were a figure in New York politics, you couldn’t run for governor against Andrew Cuomo or your career would be ended as soon as you open your mouth. Look what happened to Ron Kim for just trying to bring attention to the nursing home scandals."

Kim, an assemblyman, claims Cuomo threatened to ruin his career if he continued to criticize the governor over nursing home deaths. Cuomo later publicly attacked Kim on a conference call with reporters.

It wasn’t just the Campaign for Fiscal Equity where Nixon was three years ahead of Cuomo. The governor embraced legalized marijuana only after Nixon campaigned on it. That legislation finally passed this year.

As for Cuomo’s future, Nixon says she doesn’t expect the Governor to accept how far he has fallen, with many prominent Democrats calling for him to step down.

"I feel like it’s hard to imagine a bigger groundswell of people calling on him to resign than we’ve had here in New York," Nixon said. "And what we have is a leader like Trump who refuses to acknowledge that."

Now that the state budget has passed, state lawmakers will take a short break. They still have many legislative priorities they’d like to get done, and a couple of more months to accomplish them before the session ends in mid-June.